With positive and negative aspects to it

During a sunset on the Costa Rican beach of Santa Teresa, young people sell homemade alfajores, empanadas and brownies among the people gathered in front of the sea to enjoy some dreamy colors.Those in the water rush the last waves of the day to surf. In the sand, several thirty-somethings with blond hair and sunburned skin are seen drinking mate.

Such a hallmark of Argentine identity is no coincidence: this paradisiacal corner on the Nicoya peninsula of Costa Rica has become a great attraction point for hundreds of citizens of the South American country.

“Santa Teresa is like a little Argentina, literally. There is an Argentinean here every five or 10 meters”, sums up Daniel Sánchez, a Costa Rican masseur who works in the town.

The fastest way to get here is by ferry or plane from San José, less than 200 km away.A road is the backbone of the town where dozens of ATVs travel. On one side, steep slopes connect with green mountains. On the other, a jungle area of ​​large trees gives access to an endless beach of raging waves.

Combinations abound on both sides of the road. From “boutique” hotels to backpacker hostels.From Argentine grills to traditional inns where you can taste a Costa Rican gallo pinto.

The authorities of Cóbano, the district to which Santa Teresa belongs, do not have an exact number of Argentines living there.But everyone agrees that it has not stopped increasing in the last decade along with that of Israelis and Americans.

“It is the connection of sea, sand and jungle that attracts us. It’s not like in Argentina, where you go to the beach and have umbrellas and people crowded together. The truth is that you live here like nowhere,”says Juan Aragona, a young man from Buenos Aires who arrived in Santa Teresa 10 years ago.

MatíasEtchenique, who coordinates the volunteer lifeguards on the beach, arrived in town in 2005 attracted by the waves.“In Argentina there are many surfers but we do not have a tropical climate or the Pacific Ocean. I came to surf, but then I realized that I didn’t want this just on vacation, but all the time,”he recalls.Many young Argentines arrive only for the high season months to work in restaurants or selling artisan products, but others have settled here forever.

MatíasEtchenique arrived attracted by the waves and never left Santa Teresa. Alejandro Morales is one of the veteran Argentines in Santa Teresa and that is why he is known as “el ché”. He says that as a child he was “Maradona’s ball catcher” and that the 2001 crisis made him leave his country.

It was then that he left his job at a technology company with “a designer suit, briefcase, sunglasses and a combed back.” And he came to dedicate himself in Santa Teresa to sell bread with his bicycle and to make products with recycled plastic, his true passion.“Coming here made me change the way I see everything. I say that I am already ‘Argentico.’ If I go too far from the beach, I cannot be found. I really adapted and they adopted me,”Morales says.This man claims to have partied with Matthew McConaughey during the American actor’s visit to the town.

Word of mouth was in charge of popularizing this destination among Argentines. And those who live in Santa Teresa today receive dozens of messages from unknown compatriots asking for advice on social networks.

It was through a friend that Luciano Otabiano arrived here in 2012. A musician by profession, he runs a business of something as typical as the “choripanes” called Chori Not Dead.

“Here you don’t need more than pants and a T-shirt, and the feeling is one of freedom and tranquility. The Tico´s way of being, its times … that ‘I arrive at 10’, but it’s 11.30 and you don’t stress. In Argentina you would arrive at 10 o’clock, but here… Pura Vida,”he laughs.

Luciano Otabiano Daniel, a Costa Rican masseuse in town, thinks that the relationship with the Argentines is very cordial.“The Argentine is friendly and the Tico too, there is no clash of cultures. Maybe we think that they are not problematic, that if they smoke a joint, go to the beach, have a few beers … all good,”he says.

Juan Aragona believes that the Ticos “have a very strong connection with nature. Here you eat better and meat consumption is reduced, the change in diet changed me for the better,”he says despite being a partner who owns an Argentine grill.

Juan Aragona is a partner and owner of three very Argentine businesses in Santa Teresa: the Gaucha ice cream parlor, the Muzza pizzeria and the El Facón meat restaurant. However, on the Internet you can find forums and pages that Argentines go to with questions about how to live in the town. And where some Costa Ricans are reluctant to arrive if they do not do so with all the permits in order.

“The Argentine is very go-getter and learns quickly to work in whatever it is. There may be a bit of jealousy or resistance that there are so many of us, but I don’t think the local workforce will be taken away. There is still work for everyone,”says lifeguard Matías.

For FavioLópez, intendant (mayor) of Cóbano, the Argentines come to fill the deficiencies of part of the local population. For example: not mastering a second language to serve visitors, but you also see a negative point in their presence.

“The majority of Argentines who work in the area do not contribute anything to the State. They are hired informally and some work just for tips. They use the village system but do not have a work permit or social charges,”he says.

One of the most recurrent fears among those who live in Santa Teresa is that, somehow, the area could “die of success.” And that the natural environment is harmed by the increasing arrival of tourists.

During the pandemic, for example, many people took advantage of teleworking to move to live here for a few months. This made rental prices significantly more expensive.

“It’s like the town grew very suddenly and now it has to solve things, make roads, gutters. Some say this may be the next Tulum [the famous Mexican Caribbean resort]. Hopefully it doesn’t happen”, reflects Luciano from Chori Not Dead.

No plans to return

The Mayor acknowledges that this is a concern and reveals that, in the last year, “very powerful” foreign real estate developers invested in the purchase of land for more than $ 200 million throughout the district.

To balance development with conservation of the area, López ensures that all projects must meet requirements. This in terms of its impact on the ground and not exceed a maximum height of two or three stories.

“We want to remain exclusive. The tourist who arrives pays between $ 200 and $ 800 a night in a hotel. To keep this type of medium-high (purchasing-level) clients, the important thing is to conserve the nature that makes us attractive”, he explains.

And do Argentines enter this visitor profile? “Not really. Personally, I see them as migrants from the labor force who do a service, but they do not come to spend on tours or medium-high accommodations”, says the Mayor.

The Argentines acknowledge that they miss their family, the food, the football or the culture of a city as vibrant as Buenos Aires.However, and despite the changes that the town is experiencing, no one considers their future far from this paradisiac enclave on the coast of Costa Rica.

“I am well rooted because I even have a 4-year-old Costa Rican son. In 2010 I returned to Argentina thinking that it was time and a few hours later I realized that I had made a mistake”, remembers lifeguard Matías.”I wanted to go back to what I am now because I needed and need to live here.” 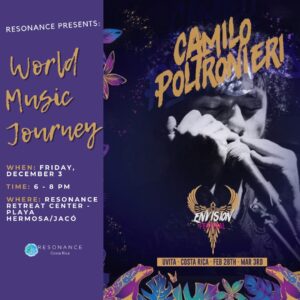 Share
Facebook
Twitter
WhatsApp
Linkedin
Email
Previous articleNew Attraction Invites You to Immerse Yourself in Monteverde Through Sensory Experiences
Next articleWhy Are Coronavirus Cases Increasing In The World Despite Vaccination?
- Advertisement -
- Advertisement -