According to the phrase “every drop counts” and, in these times, opening the tap and getting quality water, drinkable, and accessible, it is really a privilege that very few have. In a world where diverse detonators are affecting the quality of our aquifers, rivers and therefore the water we consume, having access to water is an invaluable treasure.

It is not only an indicator of the degree of economic, social, and economic development of a country but also guarantees human existence. In Costa Rica, the reach of the population that receives quality, safe, and potable water is 91.2%.

Despite this, we need to advance in various aspects that allow us to achieve greater development in the future, and these are education and sanitation. This is exactly where our weakness lies, says Dr. Darner Mora, director of the National Aqueduct and Sewage Water Laboratory (AyA).

What is going on?

Although the country has achieved promising results in terms of scope and its various quality programs, we still need to be clear about many factors; 2 of them, that water and sanitation are vital for quality public health, and that there must be a commitment on the part of the user to make good use of this resource.

There are 3 determinants that are fundamental to our health: access to drinkable quality water, access to sanitation (which also implies hygiene), and education.

Drinking quality water is essential for the intake, for everyday life, but it is also a food rich in minerals and the only one that is consumed every day, throughout life. “To be a food, it must comply with certain physical-chemical and microbiological characteristics; for that there are surveillance and control of water quality”, explains Darner Mora, director of the National Water Laboratory of AyA.

Although water coverage and education have been promoted since the mid-20th century, the country has lagged behind in sanitation, so it has been delegated to septic tanks, approximately 74% of the population.

According to Dr. Mora’s criterion, it is not a question of pointing out the septic tanks as “bad”, the issue is that they have to be monitored, monitored, since many of the waste that goes to the septic tanks, after being collected by companies They give the cleaning service, they can end up in rivers and then to the sea.

Since 1958, within the framework of the WHO / PAHO, efforts have been made to establish specialized companies in water and sanitation. Under this premise, a policy was issued to promote this type of institutions and they were created in several countries of the region.

Being in the country AyA the governing body and at the same time executor, it has corresponded to him to generate the guidelines so that the other operators like municipalities, the ESPH, the ASADAS, and some small private ones, can fulfill them.

At present, the AyA is the operator of 214 aqueducts; with that, it supplies 48% of the population. “If we add the ASADAS, which are children of the AyA, we reach almost 80%; 13% the municipalities, about 4% the ESPH. There you have 100% of the population, almost 98% have access to piped water. That is a huge advance”, highlights Mora.

To ensure the control and quality of water, the National Water Laboratory was designated by executive decree as the entity that will support the Ministry of Health throughout this process. 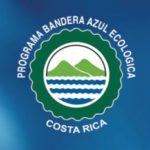 “While we almost do all the work, they, however, have a very important role, as it is to see for everything that has to do with politics, guidelines, decrees and if we want to enter a house, there is to go with the Ministry of Health. Here in the laboratory, in addition to sampling and analysis to verify the quality of water, we have developed plans to empower people and protect water resources; that is where the Ecological Blue Flag and Health Quality Seal come from”, says Mora.

Costa Rica is a very advanced country in terms of water potability. “Maybe we co-exist with countries like Chile and Uruguay in Latin America. In fact, one of the maps that Canadians drew about which countries you could go to and drink water safely, were only Chile and Costa Rica as countries in the region”, adds Dr. Mora.

The weakness of the country lies in the lack of importance given to sanitation and hygiene, which refers to washing hands after defecation and before cooking or being in contact with food. This avoids the “anus-hand-mouth” cycle, which was discovered in 1955, and which is the one that most transmits diseases in the world. It is worthless to have drinkable water, sanitation, and education if the correct washing of hands with soap is not applied.

“The water service is continuity, quality, costs, coverage, culture. If we only talk about water quality, as we have almost always done, it can be a hoax, because it could be an aqueduct in which water arrives 4 hours a day, and the most serious problem of disease transmission it is not just quality; it is continuity. Because without it, you do not have how to avoid the ‘anus-hand-mouth’ cycle. Then, the concept of water must go through drinkable water service, if we speak only of quality we induce mistakes”, explains Dr. Mora. WHO dictates the quality guidelines and each country adapts it to its socioeconomic conditions through regulations. In underdeveloped countries, they copy the guides textually and that does not fit their reality, Mora comments.

In the case of the country, studies have been conducted to see what are the appropriate parameters. “We did a few years ago a risk index to assess the risk in water health and interpret the regulation because the regulations should have operational parameters, ph, color, etc., organoleptic parameters, which indicate color, turbidity, etc., and health parameters.

In all countries, except Costa Rica, Colombia, and Russia, they say, for example, the ph does not comply, and that ph that does not comply has the same wrong weight as if it had zinc. Both are not drinkable, so we made the index for that, to give relative value to each element to be evaluated “. With this, the microbiologist or the chemist can interpret the analyzes, and indicate if the risk is low, very low, intermediate, etc. “One of the few countries that have a national laboratory is us; Being a small country we can have it concentrated, that’s an advantage”, he explains.

For large countries, federated states, such as Mexico or Argentina, are very difficult. In Chile, for example, they have a superintendent, who hires private laboratories. The USA has the Environmental Protection Agency (EPA) that makes its analyzes, and each state has its laboratory.

In the case of our country, the advantage is being able to integrate the results. “In the Sustainable Development Goals of the World Health Organization (WHO), it is requested to have baseline data from health centers and educational centers and we already had a lot of information, thanks to the Blue Flag programs and Seal of Quality; so that it has been possible to advance in many areas”, says Mora.

Availability of the resource

It is necessary to manage the quantity, quality, and availability, work that must be done previously, not at the moment. In the lack of water, there are 3 causes: that is not suitable (there is the availability of water but it is contaminated, and there are treatments that are very expensive to apply), shortage of infrastructure, and quantity.

The shortage experienced during the last months was due to infrastructure; they did not have the lines of conduction, neither the pumping nor the diameter to transport the water. If you want to solve the problem of water in the future, then you have to attend those 3 aspects mentioned: quality, quantity, and infrastructure.

Self-healing is Possible if There is a Healthy Mind