Global Warming is one of the most critical imbalances of our world, itself a consequence of multiple imbalances precipitated by post-industrial patterns of socioeconomic development. But, the causal linkages don’t end here. Imbalance tumbles into imbalance like a queue of collapsing dominoes. Global Warming is not merely an end of the myriad imbalances of our modern civilisation but also a means to numerous insidious others, whose full extent and numerosity still eludes us. Akin to a Rube Goldberg machine, the delicate, intricately intermeshed dependencies of the various biotic and abiotic components of the ecosystem start to usurp one another once a single disturbance hits the critical tipping point, causing a collapse of the entire ecological balance, like a house of cards.

In many reptile species, including turtles, lizards, and most crocodilians, the sex of the hatchlings is not genetically predetermined, but is rather dependent on the ambient conditions. This is called Environmental Sex Determination which could depend on one or more factors. In many such species, temperature is the most influential factor. Whether the egg shall hatch into a male or female depends on the temperature that the eggs are subjected to during a certain phase of their development, called the thermosensitive period. This is the critical duration when the temperature of incubation fixes the embryo to a certain sex. Temperature-dependent Sex Determinism has been extensively studied, yet the exact underlying biochemical mechanism (molecular pathways) of Temperature-dependent Sex Determinism is still not fully understood. Nonetheless, numerous studies have helped us gain a quite precise idea of the correspondence between ambient temperature of the egg and the sex of the offspring. The current and updated scientific literature seems to increasingly point to the fact that the mechanism serves to act such that temperature extremes favour female hatchlings while moderate temperatures lead to more males (The Female-Male-Female or FMF model). Any perceived deviations from this bell-shaped pattern is likely because of a limited actual range of temperatures (unavailability of either higher or lower critical extremes) in the organism’s habitat.

With over 260 species of reptiles, Costa Rica is a tropical biodiversity hotspot. It is home to two crocodilian species – the massive American Crocodile and the smaller Spectacled Caiman. Thousands of crocodilians pack the rivers of Costa Rica, most strikingly the Río Tárcoles. According to a 2011 assessment report by the Global Facility for Disaster Reduction and Recovery (GFDRR), Costa Rica’s temperature extremes increased by between 0.2 and 0.3°C per decade since 1960. “Temperatures are projected to increase by 1 to 2°C for 2050”, the report states.

Data for the Spectacled caiman (Caiman crocodilus) indicates that temperatures below 31°C result exclusively in females (all females). At 31.5°C, just a little over half (52%) of the hatchlings would be males. Half a degree higher incubation temperature, i.e. 32°C would lead to a dramatically higher ratio, with 95% of the offspring being produced as males. Interestingly, another half a degree notch above would produce a tad fewer males – 90%. Subsequent higher incubation temperatures would lead to more diminutive ratios of males. At 34°C, the ratio would fall back to half (50%). The phenomenon is open to further investigation beyond this temperature range.

Data for the American crocodile (Crocodylus acutus) shows that a similar FMF trend holds. The plot between ratio of male hatchlings and average incubation temperature rises from 20% to 40% between roughly 29 to 31°C respectively before steepening, hitting the balance point (50%) at 31.1°C and drastically shooting all the way up to nigh 100% at about 31.4°C before plateauing. It remains all-male till about 32.8°C before plummeting all the way back to 50% at about 33.6°C. The incubation temperature was also correlated with embryonic survival rates.

Such data, being gradually expanded, rechecked, and elaborated, illustrates the extremely fine and delicate sensitivity of life to temperature and other ambient environmental parameters which are severely and unrelentingly being disturbed by reckless human conduct.

As temperatures rise, a disproportionate number of female crocodiles would be born in some areas while a disproportionate number of males in others, depending on the baseline temperature and species. The unpredictability of the specifics of the crisis only serves to aggravate it. Owing to confidence in the existence of the aforesaid FMF pattern, one could loosely predict that initial increases would often (in most habitats) favour males while greater warming would likely skew the ratios in favour of the females. It does well to bear in mind that climate change leads to imbalances not limited to warming and that different regions are affected to different extents.

One thing is certain – global warming would drastically alter the existing stable patterns of crocodilian breeding. Given how rapid anthropogenic climate disruption is, it would be long before the populations could adjust to the sudden disruption. Nature seems to have an innate knack for recovery from adverse changes. After all, humans have long been a component of the ecosystem and as different species dominate, nature responds to the change and establishes new equilibria – the balance is dynamic in nature. However, our strides of ecological change far outpace the natural adaptive, coping, and restorative rates of the ecosystem. In this case, crocodilian populations could likely reach the critical limit (tipping point) way before the ecosystem, as a whole, even has a chance to respond, let alone catch up, to this abrupt transition. Once tipped beyond the tipping point, the entire ecosystem would be beyond the scope of recovery. This is especially true for a close-knit and species-dense biosphere as Costa Rica which is geographically limited and relatively isolated.

One thing would lead to another and reproduction patterns would be severely affected, leading to a breakdown of usual stable patterns of courtship, mating, harem maintenance, and breeding. This crisis would be compounded by the abrupt shift in mating season caused by global warming, one consequence of climate change fuelling and exacerbating another. Crocodile communities with gender imbalance would breakdown socially, further complicated by factors such as the existence of behavioural patterns in the community such as polygyny (one dominant male, multi-female groups). For instance, if the number of males becomes too much and there aren’t enough females, the minority number of females would become the limiting agent in determining the fertility rates. In simple words, the number of next generation crocodile births would become capped by the number of the lesser of the parent genders. Violent interactions between individuals would become increasingly frequent as an excess of males shall compete for an unnaturally small number of females in an already polygynous and geographically confined society. After a point, the minority population of males or females could become unsustainable, owing to obvious limitations of mating. Moreover, temperature extremes would also adversely affect embryo survival rates, further deepening the decline in progeny. As the apex predator’s populations would destabilise and dwindle, organisms right below it in the foodchain, its prey would drastically grow in number in turn plummeting those below it. The exact rises and falls could be very jagged, likely oscillating. This would turn into a cross-knit vicious feedback cycle that could potentially lead to an avalanche effect of ecological decline in Costa Rica’s close-packed biome.

The full consequences might be tough to accurately predict and discern but their gravity isn’t. It’s clear that no matter how the exact scenarios unfold, global warming shall wreak havoc on the hundreds of crocodile communities in the country and in turn throw their entire ecosystem into chaos.

The discussion also portends the possible existence of numerous other such understudied, ill-understood, or overlooked factors that could unforeseeably manifest into myriad pernicious ramifications for various components of the nation’s rich and teeming involute ecosystems.

It is high time for us to reflect upon the ecological ripples and reverberations of our developmental footsteps and assess the numerosity and intricateness of threats posed by our indiscriminate economic activities and collective growth to our sensitive life-support system. Identification of such potential risks and understanding their full extent is the vital first step towards their long-term management and mitigation. 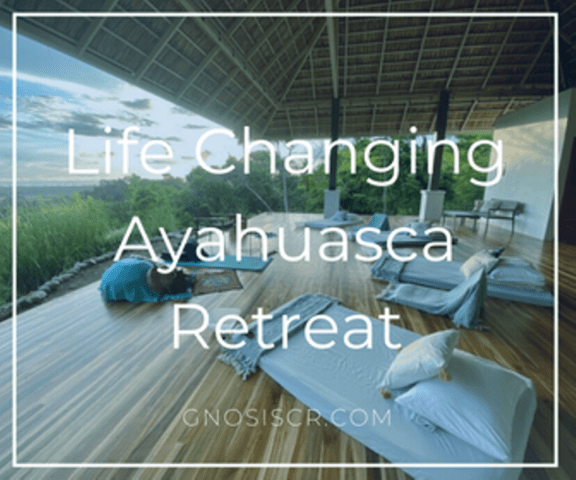