For the very first time, the General Directorate of Migration and Immigration granted residence to a woman of Colombian nationality who is married to a Costa Rican woman. She is Iliana Espitia, who married in Colombia with the former candidate for deputy and activist Margarita Salas.

Espitia received temporary residence inside the country as a couple of a national citizen. Prior to this, she says he had to leave the country every 90 days because he could only remain as a tourist. 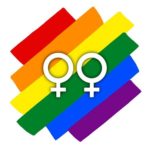 On December 21st, 2019, President Carlos Alvarado signed 4 decrees and guidelines to guarantee the rights of the people of the LGTBI community, including the migratory rights of binational couples.

According to both, this news was one of the main reasons to marry since Espitia did not have social security guarantees, could not work nor obtain national bank accounts.

Because in Colombia equal marriage is legal since 2016, they traveled there and got married in March of this year. Since then they began the process to legalize their immigration status.

“She (Espitia) moved to the country at the end of last year and started studying, so we could start the student process, but we just got the resolution we got married in Colombia to be able to formalize her residency”, Salas says.

Salas and Espitia have known each other for 8 years. They have been together for more than a year and until August 2018 they had a relationship at a distance. This resolution affirms that it has given a “total, but positive change” to their life in common.

“We got married because it seemed very important to have this legal security as a couple, but we also got married to celebrate our relationship”. The wedding was beautiful; “we struggle a lot to have access to the same rights as the rest of the people”, the activist recalled.