Every 2 years, Costa Rica brings together exhibitors and visitors from all over the world, who exchange knowledge, visions, success stories, and proposals in the area of sustainable and related tourism. 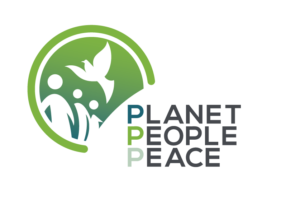 Representatives of nations such as Kenya, the United States, Bhutan, China, Colombia, Peru, Australia, Brazil, Norway, Canada, Barbados, Mexico, the Netherlands, the Philippines, Ecuador, Guatemala, and Costa Rica, among others, have gathered in our country around of vital issues for both the sector and the planet.

“P3 is the only international event that Costa Rica offers the world in terms of sustainable tourism. Its name represents the dimension with which the issues are focused, demonstrating our commitment to contribute to the Planet from the very essence of the People, sharing our experience as a country of Peace”, stated Dayana Hernández, executive director of the National Chamber of Ecotourism and Sustainable Tourism (CANAECO).

Regarding the relevance of this event to the country, Alberto López, General Manager of the ICT, said that “last year we received for the first time, more than 3 million tourists attracted by the sustainable tourism model of Costa Rica. Our country has 6.5% of the planet’s biodiversity, hosts more than 900 species of birds and is characterized by the protection of a quarter of its territory through conservation areas and an additional 6% thanks to private initiative. In addition, it is a generator of clean energies. It has wonderful people and a long list of unique elements that allow tourists to have unforgettable experiences”.

Similarly, it became the 1st event in the tourism sector and the 3rd nationwide to obtain the award of the Blue Flag Ecological Program in the category of special events in 2013, receiving the award, again, in the years 2015 and 2017 with a note 100.

In addition, during the six P3 Conferences, greenhouse gas emissions generated in the development of the activity have been offset. This has earned it the declaration of a low-carbon event.

In addition to the Sustainability Days -which are part of the situation of this event and during which recyclable waste is collected, trees are planted, and public areas are cleaned-, awareness has been made in both the population and the tourism sector about the value that people’s actions have in favor of the planet.

For this reason, the social media campaign stands out with the hashtag #HacéQueCuente (#MakeItCounts).