The concept of tourism according to the World Tourism Organization (UNWTO) is self-defined and tells us that it is any activity in the medium, short or long term, made by different individuals in different geographical areas of the world, and stays in places other than their common environment; for a consecutive period of less than one year, for leisure, business or other purposes.

We are celebrating and it is not for less, remind us of the World Tourism Day celebration that has been taking place since the decade of the 1980s, every 27 September. But it is not any date is precisely that day in which they entered into force all the status of the now known World Organization of Tourism or also known by its acronym (WOT), which basically watches and seeks to protect the best face of each continent to present in itself the best tour guide in the world; besides this accompanied by the motto sustainable tourism that allows us to work towards general development in different areas of the country.

Since the beginning of history the so-called World Tourism Day has been used as the ideal springboard to make known various messages about the proximity of tourism to achieve well-being, improve the quality of life, inclusion from any aspect, the protection of our environment and promote close values such as solidarity, respect and peace, as well as understanding between people and their allies to stimulate the development of people. Just this year 2017, there is a great celebration for the tourism itself because it combines two major strands that work for sustainable tourism that allows, through its implementation, to create development paths.

In addition, the International Year of Sustainable Tourism for Development 2017 is being developed, which aims to contribute to the 17 development goals previously announced by the United Nations. The protocol acts proper to World Tourism Day are related to various theories regarding the aforementioned tourism and its development in order to expand the sustainability itself; for its part was the city of Doha, Qatar, is chosen to host each of these important debates that form a fundamental part of these activities, in the middle of the “International Year of Sustainable Tourism for Development 2017”.

As every celebration has a festival, this could not be the exception and its main and most important events will be held during two days in Qatar, as part of these festivities, as decided by the General Assembly of the United Nations World Tourism Organization (UNWTO). The event will count on several activities in the conservation of the environment, but the most important ones present their focus on tourism and the planet, committed to a greener future and tourism as an engine of economic growth. In addition, all these celebrations will be able to count on a group of reflection of great reputation that will have the difficult task of opening the debate, debate in which will be exposed an interesting subject directly related. 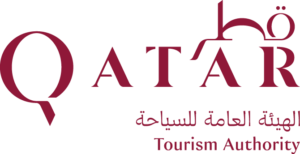 Moreover, all these celebrations will be able to count on a group of reflection of great reputation that will have the difficult task of opening the debate, debate in which will be exposed an interesting subject directly related to the potential of the sector to promote the conservation of the cultures and the mutual understanding. The central ceremony will be chaired by Taleb Rifai, secretary general of the World Tourism Organization (WTO), and Hassan Al Ibrahim, president of the Qatar Tourism Authority.

Likewise, it is planned that the activities start at 09:00 a.m. (local time) with the words of Sheikh Abdullah bin Nasser bin Khalifa Al Thani, the Prime Minister of Qatar, followed by Hassan Al Ibrahim, Taleb Rifai, and Helen Marano, Vice-President of World Travel & Tourism Council (WTTC). In addition, a number of presentations and exhibitions by prominent personalities from the economic and executive world of leading companies in the country such as “Qatar Airways” and “Lonely Planet”, and government agencies including Ministries of Tourism and various important personalities of the United Nations Educational, Scientific, and Cultural Organization (UNESCO).

The Host Country. These celebrations also include a strong impetus for Qatar as in the middle of each of these celebrations will be exposed the so-called “National Strategy for the Tourism Sector of Qatar”, which in turn undertakes to promote all sustainable approaches of the country. This initiative goes hand in hand with Qatar National Vision 2030, which seeks to focus on economic, social, and human development and prioritizes tourism as a catalyst for progress towards a more diversified economy.