Experts Alert the Population about Dangers of Antimicrobial Resistance

In Costa Rica, Fast Charging Will Be Charged To Electric Cars At Public Points Starting In September

Is It Legal to Buy Marijuana Seeds in Europe?

Antimicrobial resistance may not seem as serious as the Covid-19 pandemic. However, although it is not an unforeseen evil, it is just as dangerous. To date, SARS-CoV-2 has caused 4.5 million deaths, while antibiotic resistance is expected to cause 10 million deaths per year by 2050.

This irresponsible use of antimicrobials is considered responsible for 700,000 deaths worldwide annually. In the region of the Americas, multi-resistant microorganisms are the main cause of healthcare-associated infections and are on a growing trend. The situation also generates consequences in terms of mortality, disparity and economic costs, which are significantly high for health systems.

Bacteria, fungi, and parasites get stronger

This phenomenon that causes the misuse of antimicrobial drugs such as: antibiotics, antivirals, antiparasitics or antifungals, causes microorganisms such as bacteria, viruses, parasites and fungi to undergo some change, causing the drugs used to cure infections to cease to be effective, which represents a health risk.

With this, the microorganisms have been strengthened, surpassing even the existing antibiotics to treat them; thus incurable infections have appeared that can end the life of a patient in hours. Antimicrobial resistance has even been declared by the World Health Organization (WHO) as one of the top 10 public health threats facing humanity.

“Bacterial resistance is really a global problem, that is, different developed or undeveloped countries have difficulties with the control of this type of microorganism. The problem is not only in the future, it is now. For example, various causes of pneumonia, skin infections and meningitis are already diseases caused by multi-resistant organisms”, highlighted Dr. Monique Baudit, Senior Medical Manager Hospital.

Within the framework of the World Antibiotic Use Awareness Week, which is commemorated from November 18 to 24, the Central American and Caribbean Federation of Pharmaceutical Laboratories (Fedefarma) calls on the population to become aware and eliminate harmful practices such as antibiotic abuse and self-prescription.

“It is time for the general population to understand that society plays a critical role in the fight against bacterial resistance, and that through education the abuse of antibiotics can be reduced. These are simple actions with which we will achieve a great positive impact on health systems”, stated Victoria Brenes, executive director of Fedefarma.

For Fedefarma, it is equally important that health professionals are informed and know the local epidemiology of the health center where they work, since the surrounding germs and their types of resistance are not the same in all places, in addition to analyzing whether an agent infectious is resistant or not, to choose the antibiotic they prescribe.

The Ministry of Health also provided a series of recommendations to prevent antimicrobial resistance from growing:

• Do not take antibiotics for colds and flu.

• Do not use the same antimicrobials for humans, animals or plants.

• Wash food before preparing and consuming it.

• Have the vaccination schedule up to date.

• Do not suspend the treatments, complete the prescribed scheme.

• Do not dispose of antimicrobial drugs in the garbage can or the toilet, but rather deliver them to the same place where they were received or purchased. 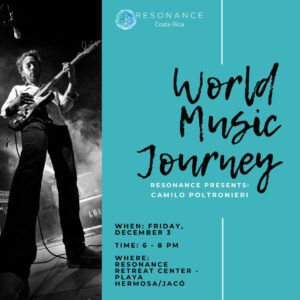 In Costa Rica, Fast Charging Will Be Charged To Electric Cars At Public Points Starting In September

Users who charge their electric vehicle at public charging stations that belong to the Costa Rican Institute of Electricity (ICE) will begin fast charging.
World News

Is It Legal to Buy Marijuana Seeds in Europe?

A Longevity Pill Could Extend Human Lifespan to Over 100 Years

Do You Know What Wellness Is? Start Practicing It With These Simple Steps

Obligation to Get Vaccinated in Costa Rica is Eliminated