We are Pure Life!

“Pure Life”; a phrase that is commonly heard in our country and is often used as a greeting instead of a “hello” or a “goodbye”. That is why this very peculiar phrase is used by everyone in the country. It is something like an incentive to fan the energies and start a new day with great optimism.

As it is customary every year, the United Nations (UN) publishes a report entitled “World Report of Happiness”. The same text is responsible for determining the level of happiness of the nearby population around 156 countries.

Among the elements that stand out is the development of each country, linked to social support, and life expectancy. Also, plans set by the different governments are other relevant aspects.

In this occasion, Finland is designated as the 1st place on the face of Earth where its inhabitants are 100% happy. Or at least, there are great reasons why its population should be happy, because of the very favorable conditions this country has.

The list also includes nations such as Denmark, Sweden, and Iceland. The most curious thing about this text is that, in the Nordic countries, our Costa Rica ranked 1st as the happiest destination to live in Latin America.

What makes Costa Rica different to appear on this list? Why is it called a happy territory?

In this particular edition, we present all the details for you. So if this has seemed interesting, continue reading because what you will find later will leave you, without a doubt, speechless. It is time for you to start discovering and knowing the wonders that your country has; the very same ones that make us be so proud!

Costa Rica is great and happy because of its people, but also because of:

It is an ecotourism lover

This way of doing good tourism is the most ideal because it consists of conserving the environment and the cultural heritage of a certain country or nation.

That is why, for our country, the Monteverde Cloud Forest and the Manuel Antonio National Park are of great importance since both are considered models to be followed because they offer an ideal habitat for the diverse species of flora and wildlife.

In the world ranking of health, Erick Ulate Acosta, who is assistant director of Exports of the Promotora of Foreign Trade of Costa Rica (PROCOMER), has expressed that our land is currently among the 50 healthiest nations on the planet.

In relation to this, Ulate announced that Costa Rica ranks 36th, positioning itself as the 3rd healthiest nation in Latin America; above it, only Chile and Cuba stand out.

In this particular case, it is propitious to mention that if what you decide for your life is retirement, rest or disconnect from large responsibilities this natural paradise is what you are looking for.

Our country stands out among the others and has been consolidated for some years, as the most peaceful country in Central America as recently announced by the Global Peace Index 2019 (GPI).

If you have already finished your working cycle, you should take Costa Rica as your great option. And this is because we are the 4th best destination in the world for retirees; at least, this is what the International Living ranking says.

These associations confirm that these recognitions are due to the fact that we stand out as a calm and ideal country to be able to take a breather out of the routine and spend their retirement years in excellent conditions away from stress or other damages.

Export talent with our stamp

The Costa Rica Foreign Trade Promoter (PROCOMER) has revealed details that reveal that Costa Rica has recently become the largest exporter of pineapple in the world and the 3rd to export bananas, respectively. It is also worthy to highlight that coffee is the main product that activates our country’s economy. Due to this particular aspect, Costa Rican coffee is also known as the “Golden Grain”.

We are likely to use renewable energy

About 99% of the energy that is used within the country comes from 100% renewable sources. Likewise, 80% of this hydroelectric power stands out as the largest in Latin America.

We are a nation with great nuances. And you only have to visit it to fall in love with the best-kept secrets of the happiest country in Latin America. Remember, only you can make the decision! 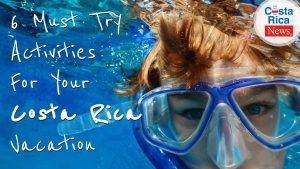