Of these, the nation that imported the most products from Costa Rica was Laos. Towards that Asian destination was sent mechanical devices, cleaning machines, herbicides, as well as construction parts in iron and steel, followed by Swaziland, this African monarchy bought only one product, the mixtures of odoriferous substances that are used for the food industry.

The 3d new market that acquired more Tico products was Serbia, and despite the fact that the exported amount was only US$ 119,000, this country showed its potential preference for a large number of products.

European nations imported textiles, ornamental plants, pineapple, papaya, furniture, books, permanent storage devices, footwear, bicycles, leather goods, and speakers. The commercialization of products towards these destinations represented an amount of US$ 817,000 in 2018, according to data from Procomer. The transactions had a weight of 8.59% in the total export percentage that was made during the past year.

However, the objective is to consolidate relationships and maintain sales to markets where the amounts exported were greater than US$ 100,000. That is Laos, Swaziland, and Serbia.

“We do not just have to diversify into sophisticated markets; it is about the exporter exploring several countries, marketing (for example) in the United States, Chile, and the Caribbean, exploring the world”, said Martha Esquivel, director of commercial intelligence at Procomer.

For the next year, Procomer aims its gaze towards North Africa, specifically Morocco, a dynamic market that is buying fresh products from South America. The Promoter will perform an analysis to determine the logistic feasibility to export to that destination and will create a statistical crossover to measure the products that have high import volumes to cross with the export items and identify which could be successful.

The value of Costa Rican exports of goods increased by 6% in 2018 with respect to 2017, according to the statistics released by the Foreign Trade Promoter. The figures indicate that Costa Rica placed products abroad for an accumulated value of more than US$ 5,000 million this past year.

On the other hand, Esquivel highlighted an increase of 13% in the placements of precision and medical equipment, sectors that closed with an accumulated amount in exports of US$ 1,500 million, more than US$ 150 million if compared to 2017, the report indicated.

Meanwhile, the value of sales in the agricultural sector grew by US$ 30 million, to close with a total of US$ 1,802 million. However, this places agriculture as the one that contributes most to the country’s exports, closely followed by precision and medical equipment.

In contrast, the food industry practically stagnated, since it only increased sales by US$ 8 million and contributed a total of US$ 796 million in the accumulated of this past year. Pineapple is a product whose growth of 12% highlights the products of that group, while the value of banana placements decreased by 8%, according to the Procomer report.

The value of sales increased in all regions of destination, although in different proportions. For example, revenues from shipping products to North America increased 4%, in May, to US$ 3,011 million.

Finally, the Caribbean exported 4% more, to add US$ 285 million, while to South America the exported amount was 2% higher and reached US$ 196 million in the accumulated amount of 2018. 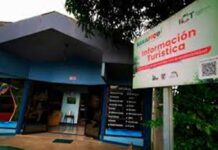 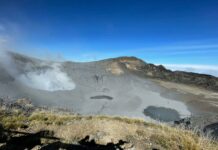 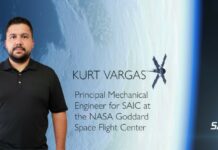