In Costa Rica, fish trawling is not new, but recently it has intensified and become more harmful. This type of action is also known by the names dragging or retro-fishing, which consists of a ballast fishing net that sweeps the bottom of the sea, capturing absolutely everything dragged by it. Being a destructive process, that does not rely on the movements of the various marine species, for the capture, and causing great damage on the ocean floor. It should be noted that there are countries where trawling is regulated, in others it is completely prohibited.

The commercial exploitation of shrimp species in Costa Rica consists of 10 main species, both in coastal and shallow waters, such as white and pink shrimp and deep-sea species like the Fidel shrimp and the Camello shrimp. Through trawling, unwanted species are captured, in addition, significant amounts of animal protein are wasted and food security is endangered.

Out of the 63 shrimp fishing licenses, 44 are active; 3 expired and were not renewed; 8 were suspended due to late payments, and 8 were inactive at the request of the directors. Out of the 10 licenses to fish deep-sea shrimp, 2 are active and 8 are inactive. In Costa Rica, shrimp farming has been maintained in recent decades, thanks to the exploitation of new species populations.

The Ecologist Federation “Fecon” affirms and rejects that: Incopesca (the goverment fishing regulatory agency) keeps on promoting a make-up study on shrimp trawling. Members of Fecon, say that Incopesca, continues to threaten the seas, to the point of intentionally lessening the impacts of this practice to deceive the Constitutional Judicial Chamber and the Administrative Dispute Tribunal.

“Trawling goes against the National Decarbonization Plan“. The INCOPESCA  report promotes unscientific results, in order to legalize trawling at all costs. It is known that both the Contentious Administrative Tribunal in its resolution No. 277-2018-I and the Constitutional Judicial Chamber in its ruling No. 2013-010540, provide that: “in order to reactivate shrimp trawling in Costa Rica, it is necessary to study the technical-environmental impact, which determines the viability of sustainable shrimp fishing”.

For Fecon, the scientific-technical and legal interpretation of this ruling entails the development of in-depth studies, which go beyond superficial aspects such as the selectivity of the trawl net. But this is not the process that INCOPESCA is following, nor any other Government office.

The study: “Percentages of Fauna in Shrimp Accompaniment”, made at the request of INCOPESCA, focuses on the analysis of the selectivity of the trawl net, completely leaving the provisions of the Constitutional Courts Administrative Litigation on the environmental viability of trawling. This is harshly questioned by Dr. Helven Naranjo-Madrigal, marine researcher at the National University, who has submitted an independent report  that evaluates the scientific validity of this INCOPESCA study.

Dr. Naranjo points out that “the study does not follow fundamental properties of a scientific investigation, such as: objectivity, local control, representativeness, validity, among others. Fecon denounces actions such as “semi-commercial” licenses given for shrimp fishing, were declared unconstitutional in 2018, thus confirming that INCOPESCA’s interest is not focused on solving the problem comprehensively. Rather, it seems that the policy of this institution is to do the minimum, promoting studies on “cosmetic” issues and with major flaws that make it anti-scientific.

For example, the study of “Percentages of Exclusion of Shrimp Accompaniment Fauna (FACA)” was made very briskly, in only 3 months it registered 132 samples (hauls) per shrimp species. According to the expert, the low number of samples and the terms of the investigation had a transversal effect on all the results of the analyzes. The main reason is that the term is inconsistent with the time scale that characterizes biological cycles and distribution patterns of objective and incidental species that make up the FACA.

The study contradicts the National Decarbonization Plan: “Seabeds are carbon sinks”, that is, they retain greenhouse gases (GHG). Trawling is comparable to clearing a forest on dry land. When we talk about the effects on the seabed of this type of fishing, it should be considered as a very harmful practice for all species that inhabit the bottom of the sea. This INCOPESCA study incites the continuing destruction of the seabed, which would have serious consequences for the goal of decarbonization.

Recent scientific studies have shown the ability of the seabed to fix carbon. This ability to fix inorganic carbon that occurs in these substrates through various mechanisms is correlated with the condition of the benthic ecosystems. The greater the degradation of the seabed, the lower the rate of carbon fixation. Industrial and semi-industrial trawling induces negative changes in these biogeochemical cycles of carbon and nutrients that can act in synergy with other human disturbances.

Recently, INCOPESCA announced that they intend to invest an exorbitant amount (3 billion colones) to carry out complementary research to achieve “sustainable use” in the semi-industrial trawl fleet, which is expected to follow the same trend of past studies.

From “The Costa Rica News” (TCRN), we consider that environmentally related scientific studies must be carried out with a high responsibility, commitment, love and ethics. Our oceans with all its content deserves due respect, the respect that we as human beings want for ourselves. We will continue monitoring the actions that are taking place in this respect. 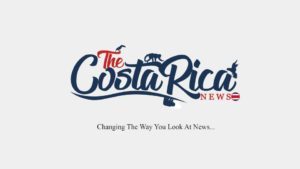