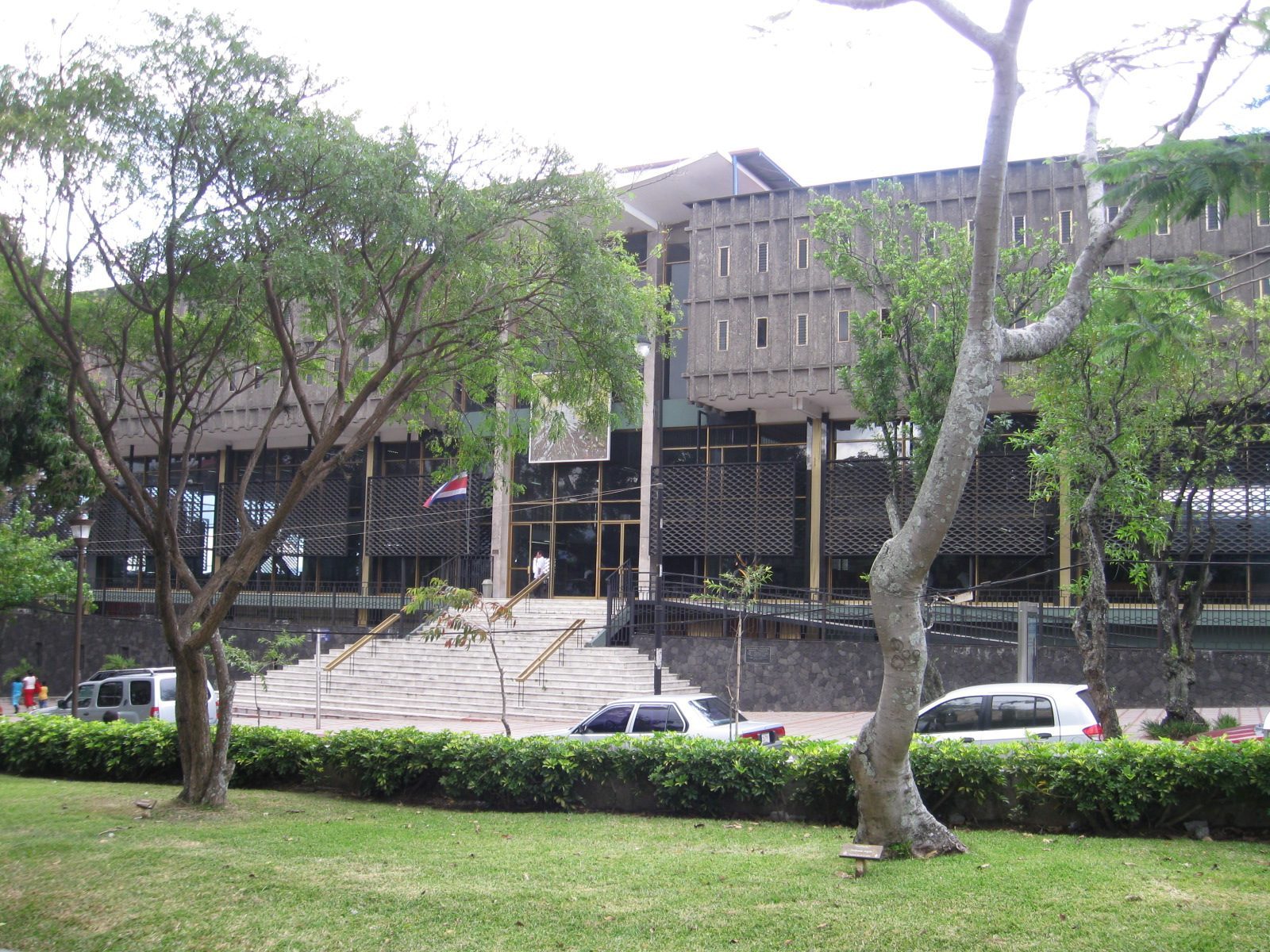 The National Library System of  (SINABI) is a network of 61 Public Libraries, the National Library, and the Bibliobus service. They all depend on Costa Rica’s Ministry of Culture and Youth. These units offer library services, information, and cultural recreation through cultural activities, training, and recreation. They serve more than one million users a year, benefiting the integral development of the community. The SINABI Libraries the activities include children, young adults, and older adults. They participate in a pleasant and respectful environment in which each person is important.

The National Library of Costa Rica was founded on October 13, 1888, during the administration of Ramón Bernardo Soto Alfaro, a landowner, merchant, lawyer, military and liberal Costa Rican politician. He was the 15th President of the Republic of Costa Rica.

It was located in different venues for short periods, but where it remained for more than sixty years was in the building that occupied 100 meters south of Morazán Park in San José, built in the administration of Don Cleto González Víquez between 1906 and 1907.

On July 16, 1961, it was designated as National Library “Miguel Obregon Lizano”, in honor of this citizen who devoted many years to the National Library and the creation of public libraries in some of the provinces of the country.

The acquisition of the land and construction of the building that currently occupies the Library took place during the administration of José Joaquín Trejos Fernández. It was inaugurated by Mr. José Figueres Ferrer on September 15, 1971. It occupies a land of 3,651 square meters. The structure is made of reinforced concrete and consists of four levels.

For almost two years the Library closed its doors to the public, due to the damage caused to the building by the 1990 and early 1991 earthquakes. When the repairs to the structure were finished, it reopened its doors in 1992.

From February 19, 2001, and until October 14, 2003, the National Library was forced to close due to the damage caused to the building by other earthquakes.  This decision was taken because the Library building had to be repaired structurally again. Part of the services of User Attention and Loan of documents was closed and basically limited to the consultation of newspapers and documentary material by duly registered researchers. On October 15, 2003, all services were resumed.

Who was Miguel Obregón Lizano?

The National Library of Costa Rica was named after Miguel Obregón Lizano in memory of the “Benemérito de la Patria”. Don Miguel was born on July 19, 1861, in the Province of Alajuela and dedicated his life to the improvement of Costa Rican education. With the closure of the University of Santo Tomás, he urged that the collections located in this university’s library were moved to the National Library of Costa Rica. That happened on October 13, 1888. He also had the vision to promote the creation of the Costa Rican network of public libraries. On July 8, 1935, the Legislative Assembly of Costa Rica, in recognition of its contribution to national culture and education, named him “Benemérito de la Educación”.

The Library’s documentary collection was first begun with books donated by the University of Santo Tomás, an institution that closed its doors in 1885. Subsequently, other documents from the archives, founded in 1882, including books, newspapers, documents, were incorporated.

The National Library’s documentary collection is made up of a bibliographical collection divided into national books and foreign volumes, newspaper collections containing national and foreign magazines, as well as newspapers, audiovisuals and a collection of reference works.

The National Library contains a valuable bibliographic collection with publications since the 16th century. Currently, the national library preserves a collection of books, reference works, national and international journals, audiovisual resources, the newspaper library or newspapers that are rescued among them, the scientific articles of the naturalists Anastasio Alfaro and Henri Pittier.

The Special Collections Room “Adolfo Belen” contains a documentary collection of incalculable value, the heritage of Costa Ricans, so this room offers the physical and environmental conditions for the preservation of this valuable patrimonial heritage.

Directors of the National Library.

The National Library of Costa Rica has been directed by Costa Rican and foreign personalities immersed in the librarianship and cultural world:

The documentary collection of the National Library is made up of: