The Spiritual Consequences of Alcohol Consumption

Although it is mass produced, mass promoted, legal, and ingested by a multitude of people all over the world, most people don’t ever consider or understand the spiritual consequences of drinking alcohol.

Let’s begin by taking a look at the etymology of the Word alcohol. Etymology means the root of the word… where it is derived from.

The word “Alcohol” comes from the Arabic “al-kuhl” which means “BODY EATING SPIRIT”, and gives root origins to the English term for “ghoul”. In Middle Eastern folklore, a “ghoul” is an evil demon thought to eat human bodies, either as stolen corpses or as children.

The words “alembic” and “alcohol”, both metaphors for aqua vitae or “life water” and “spirit”, often refer to a distilled liquid that came from magical explorations in Middle Eastern alchemy.

In the words of writer and health enthusiast, Jason Christoff –  “In alchemy, alcohol is used to extract the soul essence of an entity. Hence its’ use in extracting essences for essential oils, and the sterilization of medical instruments. 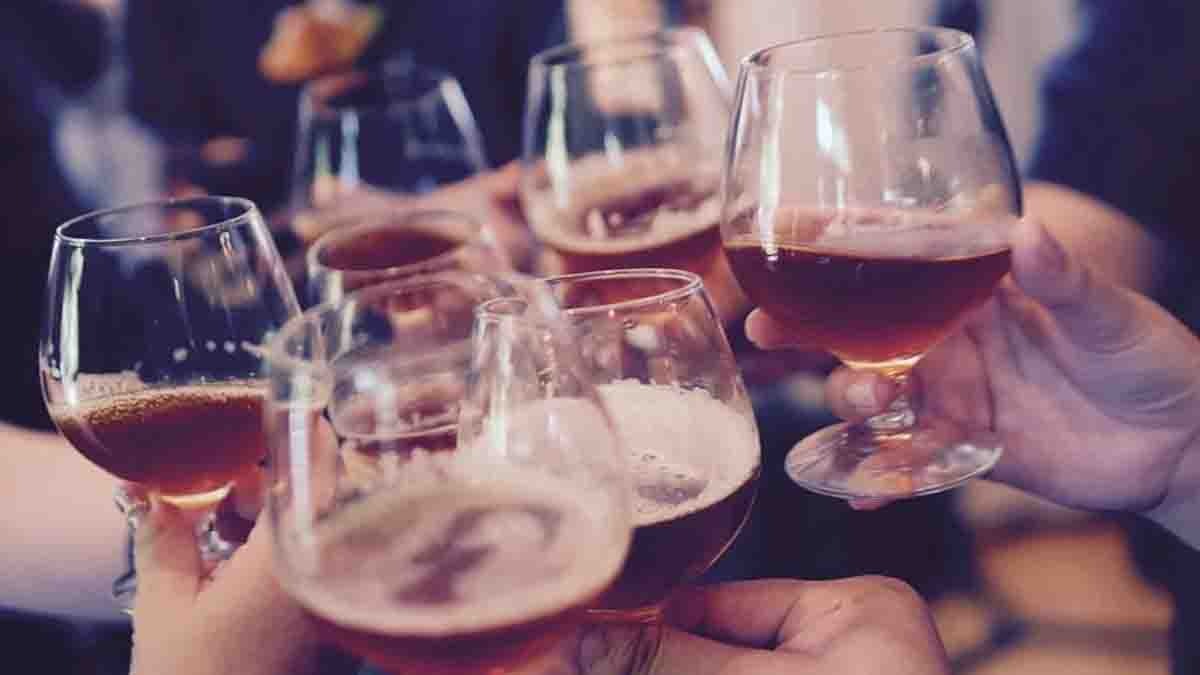 By consuming alcohol into the body, it in effect extracts the very essence of the soul, allowing the body to be more susceptible to neighboring entities most of which are of low frequencies (why do you think we call certain alcoholic beverages “SPIRITS?”). That is why people who consume excessive amounts of alcohol often black out, not remembering what happened. This happens when the good soul (we were sent here with) leaves because the living conditions are too polluted and too traumatic to tolerate. The good soul jettisons the body, staying connected to a tether, and a dark entity takes the body for a joy ride around the block, often in a hedonistic and self-serving illogical rampage. Our bodies are cars for spirits. If one leaves, another can take the car for a ride. Essentially when someone goes dark after drinking alcohol or polluting themselves in many other ways, their body often becomes possessed by another entity.” 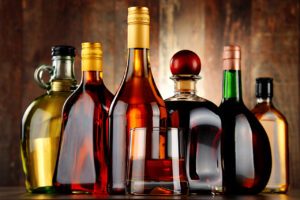 I became aware of this phenomenon years ago when I was given a spiritual vision. In this vision, I was transported as an observer above a popular bar and nightclub. Above the venue where a variety of ghoul-like entities. Inside the bar were people drinking alcohol, socializing, dancing, and so on. I watched as certain people became very drunk. I saw their souls, while connected through a thread, exited the body. I understood that the soul was leaving the body because of the great discomfort of being in a body highly intoxicated with alcohol. When the soul exited the body, other non-benevolent entities entered or latched onto their vacant shells. Once the entities took hold of the body, they used the body to play out all kinds of dark acts, such as violence, low-level sexual encounters, destructive behaviors, rape, and more.

Years later, while reading a book called Mans Eternal Quest, by Paramahansa Yogananda, this spiritual master clearly explained the exact same thing as I was shown in the vision.

I began to look back over my life and remember situations where I saw dark spirits hanging around people who had become very drunk. Let me elaborate a bit when I say I saw these entities … I have had the abilities of clairvoyance (the ability to perceive things beyond the natural range of the senses … which can include: ESP, extrasensory perception, sixth sense, psychic powers, second sight; telepathy, and more) , clairaudience ( the ability to perceive sounds or words from outside sources in the spirit world), and the experience of being a spiritual intuitive and empath since childhood. I have the ability to see energies and spiritual manifestations that most people don’t see. As I looked back over my life I could remember many incidents of encountering non-benevolent spirits in the presence of intoxicated individuals. I also have had experiences of looking into the eyes of a few people who were surely “possessed” by dark energies that were not their own.

I also remember a psychology course I once took. In part of this course, we studied advertising and the effects on humans. We looked at the advertising for alcohol. A master teacher of this subject illuminated the fact that most alcohol advertisements are embedded with hidden messages and images – not typically perceivable to the common sight, yet perceived through the subconscious. Knowing how powerful the subconscious is in our decisión making, feelings, reactions, beliefs, etc., the slick sales teams of alcohol (as well as tobacco and other products) used this sinister technique to trick us into buying their products and joining the societal cult of mental apathy and cultural obedience. Many of these hidden messages and images were extremely sexual – working to influence some of the basest urges and primal nature of humans. Let this example bring you to a place of curiosity and questioning. Why have the marketing teams felt the need to trick us and coerce us through subliminal messages to buy products that are harmful to the human body and to our soul?

How many times have you or someone you know, after becoming quite intoxicated with alcohol, behaved in a manner uncommon to them? Perhaps you experienced the changing of voice, violence, sexual promiscuity, ingesting of harmful substances, destruction to property, conflictual behavior, and other negative expressions. Consider these experiences and ask yourself – is this the manifestation of light, love, and positivity? Do these occurrences represent a path of consciousness and health?

It is a known by many that ingesting alcohol depresses the nervous system, kills brain cells, is toxic to the liver, weakens the immune system, and has many other harmful effects.  We are taught that long-term alcohol use can lead to unwanted weight gain, diseases of the liver, lowering of intelligence, and negative effects on hormones. Drinking alcohol while pregnant can lead to birth defects, mental retardation, and deformities in the developing fetus. Yet still, it is mass promoted and supported by our mainstream culture. Have you ever considered that alcohol is a slick tool of the supporters of the Matrix (global mind control and oppression program) to keep people on a path of disempowerment and sickness?

We have to ask why is alcohol legal throughout most of the world, yet in many countries, and specifically the United States, psychedelics are illegal. The conscious and safe use of psychedelics or “visionary medicines”are known to assist in mind expansion, to initiate spiritual experiences where people have communed with the divine, healed numerous physical and spiritual ailments, increase intelligence, help to re-pattern the brain in a positive way, assist people in aligning with their soul’s purpose, and have inspired many people to create great works of art and other innovative creations. It seems that these substances would definitely be banned and discouraged if there truly is an agenda seeking to oppress the human potential and keep us “in the dark” regarding who we are as spiritual beings, our innate potential, and the path to empowerment.

As we strive to heal, awaken, and transform our world – I pray that we wise up to the dirty trick played upon humanity in regards to alcohol. Non-benevolent forces have wanted to keep us oppressed, disempowered, and asleep.

How many of us have seen families broken and lives lost because of alcohol and alcoholism?

Do you think it makes us smarter or healthier or overall better people?

Let’s stand behind replacing the rampant abuse of alcohol with more health-enhancing practices and activities – and learn how to live awakened and empowered lives!

Before I close this writing, I want to share a little more about the history of the word alcohol. There have been some people who look into the etymology and discover this explanation –

Paracelsus (1493-1541) used the word to refer to a fine powder but also a volatile liquid. By 1670s it was being used in English for “any sublimated substance, the pure spirit of anything,” including liquids. A sense of “intoxicating ingredient in strong liquor” is first recorded 1753, short for alcohol wine, which was extended to “the intoxicating element in fermented liquors.” Inorganic chemistry, the word was extended 1850 to the class of compounds of the same type as this.” 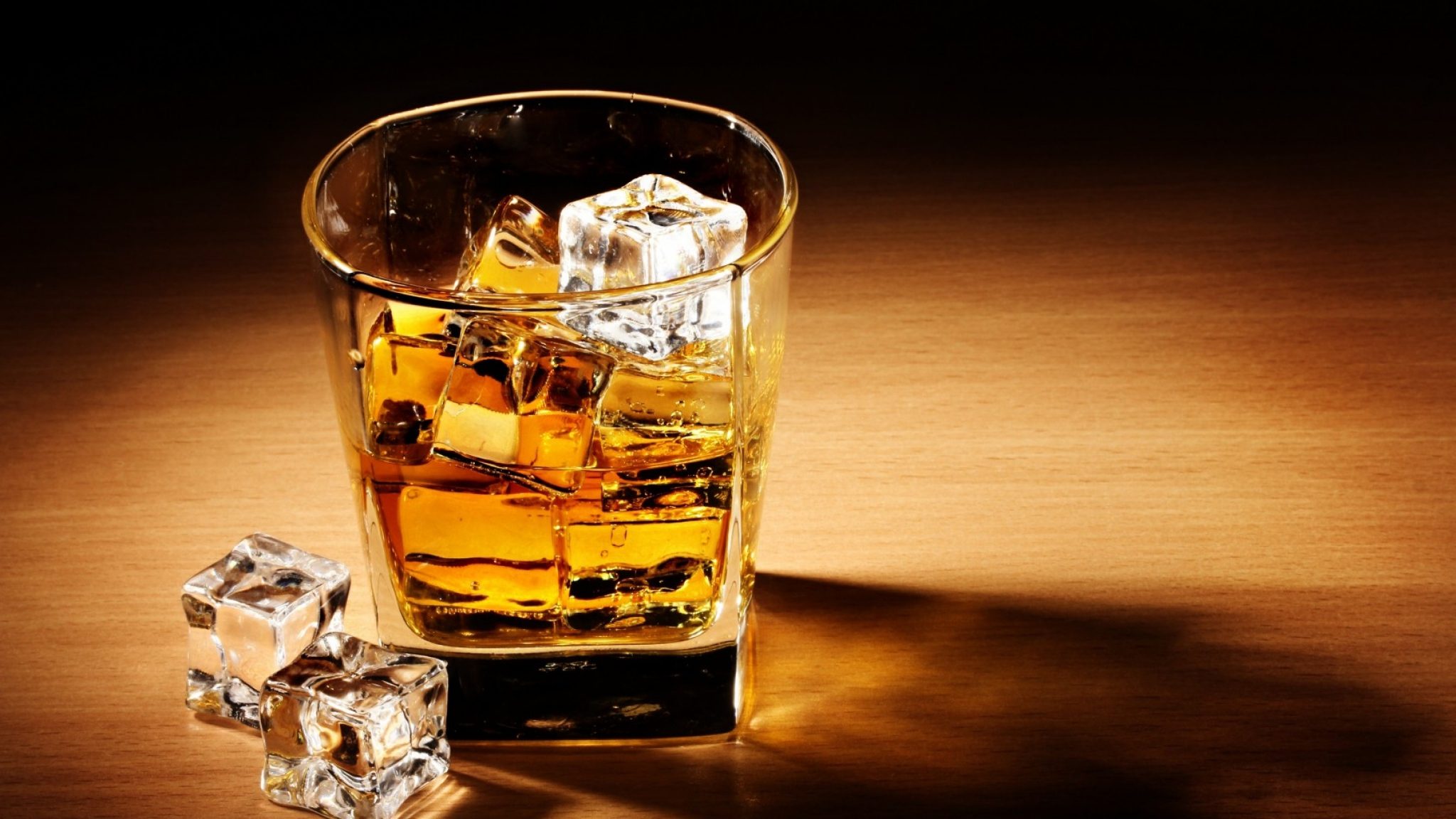 Upon further research, we can find that in ancient Egypt, the eyes of both men and women were lined top and bottom with a thick black powder known as kohl, kajal, or mesdemet. The outlined eye resembled the almond-shaped eye of the falcon god Horus observed in the Eye of Horus glyph. It was believed that this shape invoked the god´s protection and warded off evil spirits.

Yet if one were to dig deeper, as a true scientist, researcher, or truth seeker does, you will also discover these interesting facts…

It is not a coincidence that alcohol has often been referred to as spirits. There is a deep history behind this intoxicating substance. There are layers of information throughout our culture, sometimes we have to look below the surface of things to find the fullness of truth. I encourage you to deeply consider the information shared here, look at the effects of alcohol in your life, in the lives of the people you know, and in society at large. Make conscious, informed, and health-enhancing decisions. The more people who awaken to truth and seek health and liberation from mind control agendas, the more likely we are to make positive changes and co-create the world we feel good about living in.

Checkout Gnosis; Creating journeys in the Costa Rican jungle in concert with sacred plant medicines. We set out to find true connection. To ourselves, to each other and to the source.

The publication of an internal memo about a possible ban on abortion in the United States by the Supreme...
Science & Technology