Every once-in-a-while, you hear a story that rekindles your faith in mankind. Well, I recently heard one, and it has blossomed into something that may turn out to be even more special.  I will tell you about that soon.  But first, here’s the background:

It began while I was visiting with Dr. Mario Garita, a very well-known Dental Implant Specialist here in Costa Rica.  I was considering working with the Doctor (and vice versa) and he called me in to visit his facilities and meet his staff. While I was there, I saw a photo of a woman I thought I had seen before, but couldn’t place the face.  I inquired who she was. 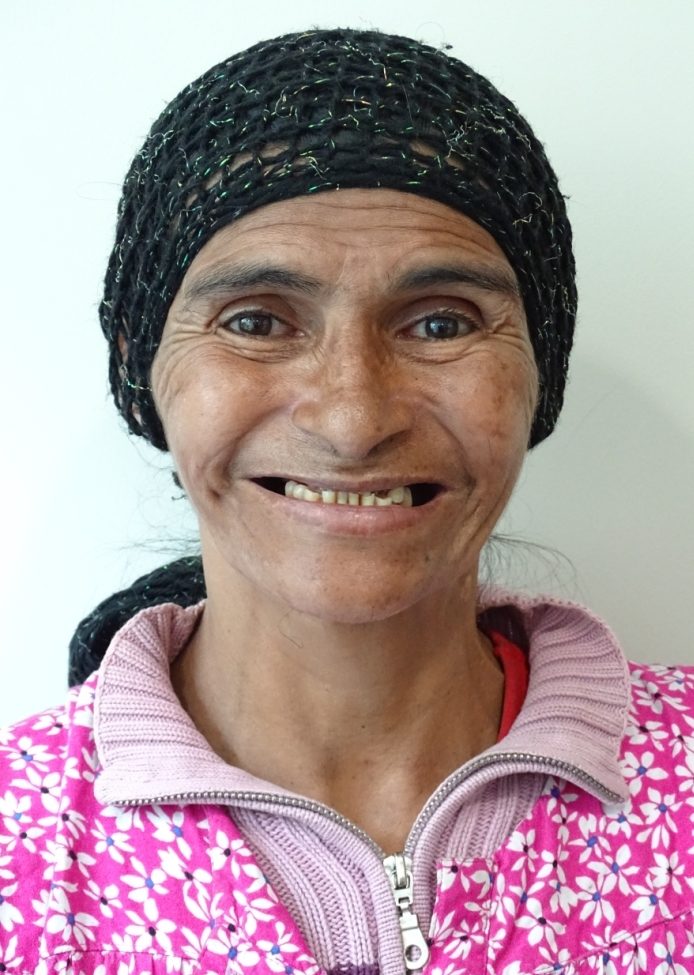 Dr. Garita said: “You probably don’t know her unless you have seen her on the streets of San Jose.” I didn’t quite understand, and before I could ask for clarification, the Doctor excused himself to begin a surgery on one of his Patients.

One of his other Doctors, Dr. Yuling Lee quickly stepped in and said, “Let me clue you in, you will love this story.” And I did.  He recounted how several months earlier a long-time patient, Ms. Silvia Chaves, had come to the Clinic asking if there’s anything we could do to help a poor woman she knew…one who literally lived on the streets of San Jose.

Mrs. Xinia María Sanabria Pérez had settled into a life that most of us can-not even imagine; begging for money on a street corner in the heart of San Jose.  The bright spot in her life was evident: a stray dog we now refer to as Corona.  From that which Ms. Chaves told us, Xinia had no vices, and was not aggressive as some street people can be; she was just a person with no money, and no means to earn it.  It obviously didn’t help that nearly all her teeth had completely rotted away from neglect.

When our Patient Ms. Chavez approached Dr. Garita about helping Xinia, he immediately said: “Bring her in, we will help her.”  There was no hemming or hawing, lengthy consideration or further questions asked, it was just stated as a matter of fact as though it were a done deal: “Bring her in.”  And soon thereafter, Ms. Chavez complied and brought Xinia in for an examination.

Xinia was a relatively easy case for Dr. Garita. Unfortunately, her teeth were so badly damaged, they were beyond repair.  The best and only truly helpful thing that could be done at that time was extracting her bad teeth, and trying to rid her of infections and bacteria that could cause her body further harm.  The Doctor and his staff did just that and sent her home with some temporary dentures.

Once she had stabilized and her swelling went down, Dr. Garita had Xinia come back in to gift her a full set of new, durable dentures.    And while many people hate wearing dentures, this was a big step up from someone whose life was in jeopardy due to infections and the inability to chew food.  She immediately took to them and tested out her new smile in the mirror.

And her smile said it all. Simply put, it was a new lease on life for Xinia.  She was extremely grateful that strangers went so far out of their way to help her; and from what I hear, there was not a dry eye in the room, so to speak.  Though Xinia’s prospects of a bright future would no doubt remain limited, her future undoubtedly just became much brighter than it was before she met Doctor.

We can’t say how Xinia is doing today, but everyone in the Clinic was proud of the dignity she was afforded throughout the process, along with the loving care, treatment, and personal attention she was given.  Due to her many challenges, a new set of teeth may not have been enough to transform her life into a fairy tale, but everything a dental clinic could do for someone in her condition was done.