This autonomous territory, that is, San José, is known as the capital of our country, and is also the head of the province that has the same name.

As a relevant fact, it is propitious to note that its geographical location is located in the center of the nation especially on the intervocalic plateau called Central Valley.
The heart of San José, with respect to its metropolitan area, has 3000000 inhabitants, which undoubtedly makes our nation the most important tourist, social and political economic center that the country has.
Foundation.
The canton of San José, would relate its foundation on December 7, 1848, but nevertheless its population as such arose in mid-1737.
It is important to note that it has been our capital on 3 occasions. Currently, it remains the nation’s capital and in its long journey, about 1 million people are counted daily, doing different activities, be it business tourism, entertainment or in some cases, visits are for a medical reason, either illness or operations of character. aesthetic.
Our beautiful capital stands out among the most important in the world because it achieves a high quality of life, linked to the efficiency of many of its services, this also combined with safety, education, environmental performance and great tourist potential.
We are territory of authentic peace
It is propitious to highlight if what you need is to rest this natural paradise is what you are looking for, since it is the most peaceful country in Central America as recently announced by the Global Peace Index; coupled with this is known as the fourth best destination in the world for retirees, according to the ranking of International Living. These associations make it known that these awards are due to the fact that we are a calm and ideal country to be able to take a breather out of the routine and spend their retirement years in excellent conditions and in an affable and calm environment.

Our capital city has a series of agreements and agreements that allow it to interweave with other important cities around the world. Among these are a parcel treaty with Maraba, Brazil, which was established in Havana, Cuba within the framework of the Sustainable Cities Program of UNHABITAT AND Unep.

In fact, many cities have important ties with San José. Among them are some of the most important Buenos Aires, Argentina. Montevideo, Uruguay, Kfar Saba, Israel, Rio de Janeiro, Brazil, Okayama, Japan, Caracas, Venezuela, Texas, United States among many other cities.
The heart of San José, the most visited city in Central America.
Our capital city today is emerging as one of the most important tourist destinations in all of Latin America. The large number of visitors it receives are close to 1.5 million visitors per year.
If you are an art lover, San José is your best option. 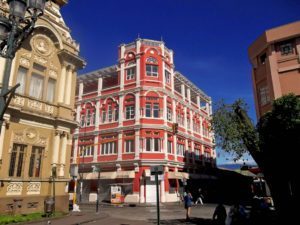 The number of sites that protect art in the capital city will allow you to choose the best route to follow in order to enjoy this wonderful stay in Costa Rica and if you are a native of this wonderful paradise you can not even for a moment stop enjoying this wonderful wins from museums that treasure part of the history of our people.
In particular this option is one of the most varied will allow you to take a walk through the museum of contemporary art, The Jade Museum. If you want a fresher and more eye-catching plan that also involves the little ones in the house, you can not miss the Simón Bolívar Zoo or the fascinating Museo De Los Niños.
What you can not stop trying

The gastronomy of our land could not go beyond being perceived, recipes and ingredients bring it to you so that you can taste the most exquisite recipes, which will conquer, without a doubt, the whole family. 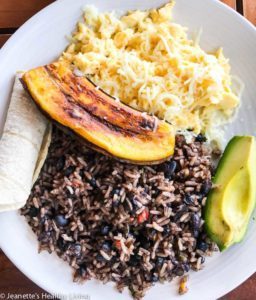 This dish consists of rice and beans mixed together, fried or scrambled eggs, minced meat, fried plantains and tortillas. A popular custom in Costa Rica is to pour the Lizano sauce over the gallo pinto, sweet greenish brown, simply unique nutritious and truly tasty.

Ticos Tamales
They are accustomed to eating in the morning or mid-afternoon hours they are usually used as breakfast or simply as a snack. Those of more demanding tastes accompany them with any type of food and at any time. These are boiled with banana leaves stuffed with a mixture of cornmeal, rice with saffron, pork, and a variety of beans and vegetables.

They are pieces of meat cooked on the grill. Once made, it is placed in the center of an omelette that is combined with different spices to give it a unique and special touch.