Non-mainstream spirituality gets a lot of bad press, but perhaps we should re-think our prejudices

What accounts for the enduring popularity of psychics? To be sure, there have been numerous frauds uncovered and the industry has been dented by plenty of scandals, but yet, millions still seek out those who claim to have gifts that range from communicating with the dead to seeing a foreshadowing of the future. Some say it’s a form of entertainment. Katja, a Belgian-born former model, says she finds tarot card readings fun, interesting and even sometimes illuminating, but, “I wouldn’t sell my house or divorce my partner based on a reading.” Other explanations describe a soothing effect. Richard, a devout Christian whose priest disapproves of anything that smacks of the “occult” says he finds comfort in messages from beyond. “I can’t say with 100% certainty that I’m hearing from a saint or someone who has passed, but the things I hear often make a lot of sense and give me a sense of calm.”

Scores of religious denominations tout a direct link to God, various deities, saints, a divine consciousness, or some other spiritual entity. These religious people may not hear actual voices, but they believe they are receiving something from some sort of divine, non-earthly presence. In the Judeo-Christian tradition, there’s even a scriptural connection, with the prophet Ezekiel describing the “still, small voice” of God. Some psychics who claim to be able to hear (with or without an actual voice) guidance from another realm – such as those on “Top Ten” lists – you can read the full review here. Should we be more openminded to the possibility they truly have gifts? 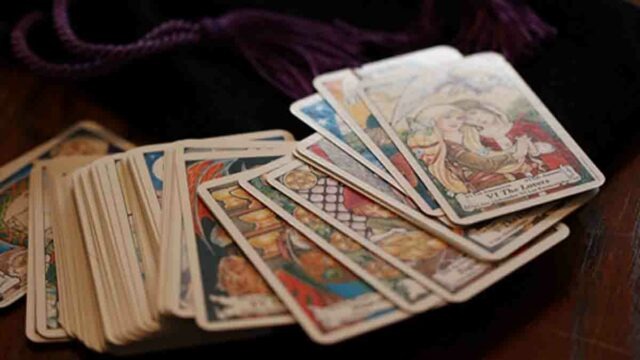 Are too many of us too prejudiced? If we believe in an afterlife – and a large majority of people on planet Earth do – why is it so hard to accept that a woman or a man might hear messages from angels or find info via cards? Not all psychics hear things. But many do, and these mediums argue western society is judgmental and close-minded. They have an interesting point. In many cultures and across many religions, spiritual experiences include audio – music, voices, singing – heard only by the seeker. Throughout their lives, anywhere from 10 to 15 percent of Americans “hear voices,” or – to use the technical term – experience sensory hallucinations. Those were the numbers found by a 1991 survey, which remains the largest study done on the topic. For some, hearing voices is a torment, something they’d pay nearly any price to be free of. To others, however, these sensory experiences are a gift.

The scientific community is beginning to take a more nuanced view of “voices,” and is moving away from diagnosing them as an immediate sign of psychological distress or illness. Jessica discovered she was psychic when her recently deceased grandmother appeared and said, “I know you can see me, Jessica … and you need to do something about it.” After finally becoming comfortable with herself and rejecting the idea she was “crazy,” Jessica later participated in a study at Yale conducted by psychologist Philip Corlett and psychiatrist and Albert Powers. The Yale study looked at self-described psychics and compared them with people diagnosed with a psychotic disorder – but the study did not find that the two were connected.

In 2017, the Atlantic Magazine published a detailed piece that told Jessica’s story titled, “Psychics Who Hear Voices Could Be On to Something.” Although still ending with a medical interpretation for the experience of hearing voices, the magazine story listed many positive results that can stem from so-called “auditory hallucinations.” Taking even the most skeptical view: that psychics are essentially frauds, one remains struck by the fact that millions of people across the world report feeling better and being edified by a psychic reading. All these millions lying? If something works, is it not in some way, true? One argument that’s been put forward involves subconscious certainty. We all deal with high levels of uncertainty, but our “guts” might know what we truly want more often than not. In this scenario, a person seeks out a medium or psychic to ask if they should marry someone or move somewhere. The psychic (and here we are ignoring the possibility of them having actual supernatural powers) may indeed have a gift: the gift of hearing the seeker’s genuine desire as revealed in their voice. Tiny inflections may give away misgivings about a wedding or a strong wish to make a move. To have your subconscious choices re-affirmed is comforting in a chaotic world.

Glass Is the Best Example of a Circular Economy

Some will never be convinced. Some will find their black and white approach to faith makes anything non-mainstream impossible to countenance. But despite being two decades into the 21st century, there remain both strong believers in the powers of psychics and those open to the possibility of there being things that remain unknown. And perhaps that’s what more of us should strive for: openness. Black holes were first photographed in 2017, after being predicted by Einstein close to a century earlier. These space phenomena offer so many paradoxes and unknowns that the very laws of gravity are being re-examined. Then there is the principle of quantum mechanics, which suggests the inconceivable idea that particles can exist in two separate locations at once. With hard-core science filled with such massively wonderful question marks, perhaps skeptics should be a bit humbler when it comes to “hearing voices.”

How to Be More Spiritual This 2023

Mindfulness: The Path to Your Optimal Well-Being

Living Well “Spiritually” is the Key to Keeping Our Health Stable

Spirituality Is Present in Everyday Life