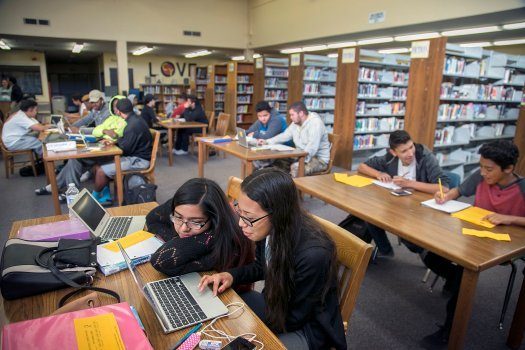 The program “Connected Public Spaces”, will take internet via wifi of 100 megabytes of speed to parks, squares, public libraries, train stations and civic centers for peace.

For Gilberth Camacho, Chairman of the Board of Sutel, this project will provide an opportunity for economic and social growth for more than 4 million people benefited by the project.

“They can connect to the network for study, work, and distraction, and it means savings for the population,” he said of the project.

Humberto Pineda, director of Fonatel, explained that the initial speed will be 100 megabytes, but will increase its capacity by 50 megabytes every year, meaning that by the fifth year it will reach 300 megabytes.

This is if the network is full of users, but if there are few people connected, there is a possibility that the user can continue browsing the network without any problem.

In addition, they will block some content or websites because they are aware that many children and young people will use the service, some links that will block pornographic sites.

It means an investment of Fonatel of $ 45 million, that is, about ¢ 25,650 million, and will benefit more than 4 million people who use telecommunications.

The way to control the access will be giving each user a connection time every three hours, that is, if a person connects to the Wi-Fi of a park at 10 in the morning, the system will automatically disconnect it at 11 a.m., but you can connect again at 2 in the afternoon.

The project is divided into three stages for its implementation, starting in public parks and public parks.

These will be the parks connected to the capital:

This initiative was unanimously approved by all the political forces since it is proposed in the framework of recreating San José as an intelligent city.

“With free access to the internet, the public will have a very important development tool. In the not too distant future will depend a lot on access to the Network and from now we must take steps so that it is available to all and all. ” 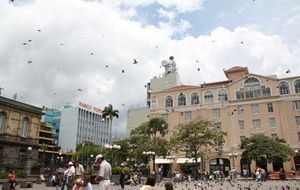 In the second stage, the idea would be to hire at least 22 links of at least 20 MB that are in public places in the 11 districts.

This project also provides a period for the district councils to call the neighbors of the 11 communities and propose two municipal sites for each of the entities to offer this service in the communities of the canton.

Risks associated with public Wi-Fi networks: what are they and how to prevent them

Below, we show you what some of the risks are that we expose ourselves when using public Wi-Fi networks. to prevent them

Being a victim of an attack “Man in the Middle”

As the name implies, those of attacks “Man in the Middle”, which would be translated “man in the middle”, associated with connections to public Wi-Fi networks are usually related to the presence of an intermediary between the victim and the site. that this visit, the cybercriminal is able to access the data while they travel.

Not only are they highly effective attacks, but, also, the reason for their effectiveness, they are very difficult to detect, since the information is intercepted midway when traveling between the user device and the router, without being perceived.

It is increasingly common to find Wi-Fi networks in public places without any security. If it is a coffee, for example, it is normal to see that the name of the place also appears as a network name and that it has no key.

In these cases, it is important to keep in mind two things:

In the first place, although it is never advisable to connect to networks without a password if you are going to do so, it is advisable to check the name of the network in that place to verify that it is indeed the one you see on your screen.

On the other hand, it is possible (and simple) for an attacker to take advantage of these connections to clone them (by mounting a network with the same name) to use it as a decoy while waiting for users to connect and connect their devices to the attacker’s antenna. If this happens, all connection packets that come and go will pass through the attacking team