In recent days, the “Association Network for Biodiversity Coordination”, initiated a petition where the main issue was the cancellation of an activity on World Environment Day, which,  with the collaboration of the “RIGATrop project”, the School of Biology and the Ciproc, use the name of the University of Costa Rica, to promote the questioned glyphosate herbicide of the Bayer company. 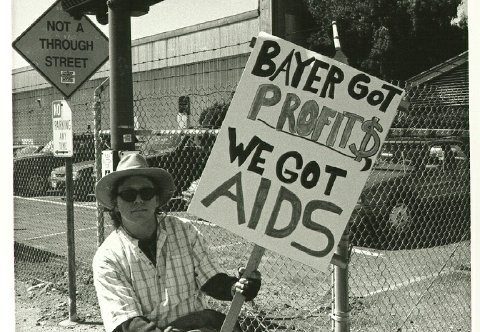 The letter is addressed to the Director of the School of Biology at the University of Costa Rica, Daniel Briceño Lobo. It is worth remembering that various organizations have carried out concentrations and documents that go against glyphosate, due to the damage it can cause to the communities of Costa Rica.

In this regard, the Ecologist Movement and part of the Green Bloc, on April 25, organized in front of the Courts of Justice of San José (Costa Rica), a concentration against the Laws related to the use of pesticides in the Central American country. Different organizations decided to sign a new document that protects public health and the environment.

The urgency of most ecologists is to prohibit the use of glyphosate, as the third most imported herbicide in Costa Rica, developed for the removal of herbs and shrubs, but also absorbed by the leaves instead of the roots.

According to US court rulings, the Bayer company has been sentenced on three occasions to pay billions of dollars in lawsuits filed by people whose health has been affected by this herbicide. The plaintiffs assure that glyphosate, was determinant in the appearance of the “NonHodgkin’s Lymphoma”;  People who use it are at a high risk to their health and the manufacturer did not act in good faith by not warning about the risks involved.

Although it is true that glyphosate is the most used herbicide in the world, since it because  suppresses the ability to generate aromatic amino acids, there are alternatives that can avoid its use, such as Anti-weed mesh, which prevents the development of weeds due to the absence of light; Padding technique, which consists of covering the weeds with straw; Shavings or dead leaves; Brush cutting machines; Both manual and mechanical arms are very effective to eliminate all this type of herbs, a great alternative to the use of chemical agents; Infrared burners, it is a heating system that approaches vegetation (about 70 degrees approximately) and is able to coagulate the proteins of plants, preventing the growth of them.

For the reasons stated above, the Association of Biodiversity Coordination Network, requests to suspend the aforementioned act, and similar future activities, as being a dissemination and propaganda activity in favor of glyphosate, and indirectly defending the interests of Bayer, also offering a position against the citizen’s health and the environment, protected in our Constitution, rights that as a public institution the UCR is obliged to pursue in all its actions (articles 11 and 50 of the Constitution and 113 of the General Law of Public Administration) .

Important details in a recent case, it was proven that: “There was “negligence” in concealing the risks of the Roundup herbicide (trademark of glyphosate), without providing an “adequate warning about the potential risks.” Glyphosate was a “determining factor” in the appearance of Non-Hodgkin Lymphoma; Glyphosate represents “an important danger” to people who use it; and that the manufacturer acted with “vice, fraud or bad faith” by not warning about the risks involved”.

From “The Costa Rica News”, we show you some paragraphs where, the Association Network of Coordination in Biodiversity, explains with more detailed aspects of what is happening and the purpose:

1.- In the Facebook of Ciproc Laboratories (Crop Protection Research Center (bit.ly/2HSFmzf), an invitation is given to the talk “Science behind glyphosate”, to be given by a Bayer employee at 9 am, in the Auditorium of the School of Biology of the University of Costa Rica, using the logo of the University of Costa Rica (UCR), to promote the questioned glyphosate herbicide of the Bayer company.

2.- “There is convincing evidence that glyphosate can cause cancer in laboratory animals and there is limited evidence of carcinogenicity in humans (non-Hodgkin’s lymphoma). It also causes damage to the DNA and chromosomes of human cells “(International Agency for Research on Cancer (IARC) of the World Health Organization -OMS- (see: bit.ly/2NlI6oZ)

5.- For violation of human and environmental rights, Bayer has been denounced since 1983 by the German organization “Coordination against the dangers of Bayer” (see: bit.ly/2TSKBpj).

6.- It is reprehensible that the UCR is used to allocate public resources to sponsor conferences sponsored by Bayer in favor of a dangerous herbicide, on which there is abundant independent scientific evidence that confirms the toxicity of glyphosate, as can be corroborated in the information compiled in bit.ly/2BpwjBS, as well as in the multiple audiovisual productions that document the human tragedy experienced by several countries with the use of this dangerous herbicide (see: bit.ly/2vq8R3v, bit.ly/2HPjRPD; bit.ly/2Wao6ZP) , which has motivated it to start being banned in different latitudes (see: bit.ly/2TALAa7).

7.- It is no accident that in the last nine months Bayer has been convicted in US courts on three occasions to pay billions of dollars in lawsuits filed by people whose health has been affected by this herbicide: in August 2018 US $ 78 million, in March 2019 US $ 80 million, and last May US $ 2000 million.

8.- Currently there are more than 13 thousand similar lawsuits pending resolution in that country(usrtk.org/monsanto-papers/).

9.- The Ombudsman’s Office set up the “Inter-institutional Commission for the Study of the Effects on Health and the Environment of Formulations with Glyphosate” with technical representatives of the Ministry of Health (MOH), Ministry of Environment and Energy (Minae) , Ministry of Labor and Social Security (MTSS), Council of Occupational Health (CSO), Environment and Health Committee of the College of Physicians and Surgeons of Costa Rica, and the Office of the Ombudsman, who prepared a proposal for a decree prohibiting glyphosate based on 30 (THIRTY) CONSIDERATIONS (see: bit.ly/2VPgV9x).

10.- In particular, the Final Report of the Ombudsman’s Office recommends:

11.- The Network of Genetic Engineering Applied to the Improvement of Tropical Crops (RIGATrop is a project of the UCR dedicated to the promotion of transgenic crops, which has no competence on the subject to be treated by the representative of Bayer (the defense of the questioned glyphosate), so it is striking that it is lending the name of the UCR, and university resources to sponsor that talk.

12.- The speech contravenes the “Commitment to the environment”, established in article 4 (paragraph f) of the Principles and Purposes of the UCR, established in the Organic Statute, and puts into doubt the prestige and high credibility of which the UCR enjoys before theCosta Rican citizenship, when lending its spaces, name, and resources, to promote the corporate pseudoscience, with obvious conflict of interest, as denounced in the publication of Burtscher-Schaden et al. (2017) “Glyphosate and cancer: Buying science” (see: bit.ly/2o92ZXp).

In conclusion, the Association Network of Coordination in Biodiversity, admits that these are facts and not conjectures, and considers inhospitable that the University of Costa Rica, destine public resources to promote in the page of laboratories Ciproc, in that way, lending its auditorium of the school of Biology for the conference called “Science behind glyphosate”, which the association request be suspended.