The Daniel Oduber Quirós International Airport (AIDOQ) continues to consolidate itself as a source of development for the region and the country, becoming the main gateway for international tourists to Guanacaste.

The figures show how the joint work with the Costa Rican Tourism Institute (ICT) and the airlines have given good results in the promotion of the destination and, therefore, in the growing passenger traffic. From January to October of this year, Guanacaste Airport has served 1,206,901 passengers, which translates into a 7.26% increase in passenger traffic compared to 2018.

“We are very happy to show these positive figures. Coordination of efforts with government institutions and airlines has been essential to have doubled passenger traffic in recent years and also have growth options for the future. A large number of service expansion initiatives are maintained from various points of the world geography which allows us to be optimistic”, said César Jaramillo, general manager of CORIPORT.

This year, Guanacaste Airport broke passenger traffic records in March -reporting 166,240 people served, a record since 2012 when this new airport was put into operation. In addition to this, during the current year, there was an increase in passengers in the low season, which makes it the low season with more traffic so far.

The good news is largely due to the fact that during 2019 the airport has received 2 new routes (Vancouver – Liberia and Amsterdam – Liberia), as well as the increase in frequencies between major cities such as Boston and New York, which have contributed to this increase. There was also the arrival of the renowned KLM airline, which will connect Guanacaste with Amsterdam directly.

“In CORIPORT we work under the highest standards of quality, safety, and service, 100% complying with everything related to the operation of the passenger terminal; which makes us reliable before the airlines to come. In addition, our good relationship with the authorities allows improvement proposals to be developed in favor of our passengers and the same airlines”, added Jaramillo.

Recently, Guanacaste Airport was recognized by the International Airport Council as the best airport in Latin America and the Caribbean in the category of fewer than 2 million passengers per year.

It should be remembered that JetBlue chose Liberia as the first MINT (business class flight) destination outside the United States to fly from New York, and given the success of this new flight, another MINT opened to Boston that will begin operations in December. In addition, in November we announced the Sun Country airline flight that will arrive in the middle of next year operating a weekly flight from Dallas to Liberia.

Even more important, Guanacaste Airport has been a pioneer in establishing policies and actions in favor of the environment. It is currently the first airport in the Central American region to have the Neutral Carbon certification as well as the international certification of ISO 14001 environment. Today, it is part of the National Ecological Blue Flag Program with the 5-star award. 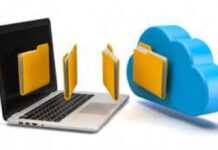 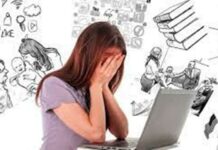 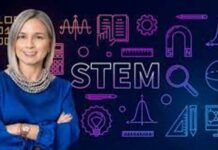