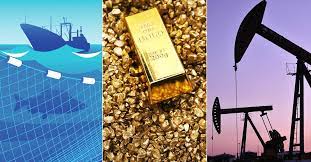 The Costa Rican presidential candidates do not present concrete ideas to solve the main environmental problems, at the same time, activities such as trawling, mining and oil exploitation are a possibility.

In the final stretch of the campaign, several environmental organizations have launched warning signs in relation to the proposals of some presidential candidates who lead the polls.And it is that depending on who wins this Sunday, mining could be promoted in Costa Rica, as well as the exploration and exploitation of gas and oil, among other issues.

That is why a campaign under the label “#ecocidas” is already circulating on social networks, with the aim of warning voters about presidential candidates who are supposedly enemies of the environment.

The Escazú Agreement -which seeks to make environmental decisions transparent and involve civil society-, as well as the controversial trawling, are also issues that concern environmentalists.

Do not vote for Ecocides

One of the most active environmental groups in this electoral campaign is Preserve Planet, which promotes a plan called “Inconvenient Truths” and “Do not vote for Ecocides” on its social networks. The objective is to denounce the environmental inconsistencies of some candidates for the Presidency.

“As the campaign says, we will not tell you who to vote for, but we do advise you not to vote for people who are ignoring important issues. We have given ourselves the task in recent months of analyzing government programs and as they say, we set off the alarms. In fact, we know that some of the candidates want to activate oil exploration in the country, when we are clear that this decision would affect the environment and the need to migrate to cleaner energy,” said Luis Diego Marín, regional coordinator for Preserve Planet.For the environmentalist, Climate Change is a fundamental issue that has not been well covered in presidential debates, nor in government plans.

Likewise, there is concern about the lack of transparency of some candidates, since there are cases such as that of José María Figueres of Liberación Nacional, who in debates and interviews with journalists assumes a very different position, in relation to what is contemplated in his respective plan of government. An example would be the “orderly exploitation of gold in Crucitas”, at the same time, that in interviews he has opposed such a possibility.

On the other hand, many times politicians only put the “good things” in the environmental topics of their government plans, according to Mauricio Álvarez, representative of the Costa Rican Federation for the Conservation of the Environment (Fecon).Likewise, there is no clarity in the proposals that the applicants have to face the great concerns of this sector.

“In the environmental area, they generally put what one would say the good things, but when one reads the programs, one sees a lot of actions, but they don’t come up with how or with what,” Álvarez said.

In addition, he recalled that issues of protection of water resources, monocultures on farms, agrochemicals and the Escazú Agreement have not even been deepened within the proposals of some presidential candidates who lead the polls.

On the issue of marine conservation, for the MarViva Foundation, most government plans lack a comprehensive approach to achieve the protection of marine ecosystems. Topics such as trawling and shark conservation are topics that the presidential candidates do not delve into in their proposals.

“As a country, actions are urgently needed to protect marine species, especially those that are in a state of threat. At this time there is no real commitment on the part of Costa Rica and that is one of the challenges that the next government will have”, explained Katherine Arroyo, MarViva’s Advocacy Manager.

In addition, they question that despite the fact that plastic pollution is a global emergency, the management of the proposals maintains the “traditional approach” of always.

“We see that at a general level the approach to plastic pollution follows the same traditional approach, which does not solve the problem; Comprehensive, innovative and efficient care is needed to deal with this problem,” added Arroyo.