Signs of Psychological Abuse in a Relationship

These behaviors can go unnoticed when we are blinded by love. Do you want to know what they are? Domestic violence is a social concern of the highest order. The institutions have been involved in prevention, recognition and aid campaigns against physical abuse, alarmed by the number of deaths that occur in our country due to gender violence.

But there is another form of more silent abuse, where there are no blows, no trauma, or blood, an abuse that is very difficult to detect that can end up completely diluting the person who suffers it. It is about psychological abuse and there are many signs to recognize it.

Psychological abuse is the emotional abuse that one person exerts on another with the aim of creating discomfort or pressure; This type of abuse is made up of a series of hurtful attitudes, behaviors or words that affect the couple, damaging their self-esteem, their decision-making capacity or their relationship with others.

In most cases, the psychologically abused person is incapable of recognizing the aggressions and by the time he realizes it, he is without resources and without strength to face the situation. For this reason, the support of family and friends is essential, although it is not easy for others to recognize the signs of this psychological abuse, which can be disguised as overprotective attitudes.

You have to be very attentive to certain behaviors that may be an indication that psychological abuse is taking place. Ignoring the feelings of the abused person, ridiculing him in private and in public, criticizing and humiliating him, not valuing his work or ideas, or reprimanding him for his behavior. You can also observe an attitude of not letting her make any decisions, assuming control of their lives, manipulating her into believing that she is always wrong, threatening her with abandonment, etc.

These are just a few signs of psychological abuse, because as we say, it takes countless forms. Sometimes it is an excessively paternalistic behavior to prevent the victim from developing their own identity.

There are not always screams and threats involved; sometimes it is a subtle manipulation strategy disguised as affection, until the abused person is left completely defenseless.

If you know someone who is suffering psychological abuse, get in touch with aid associations, because specialists are needed to make the abused person see reality. 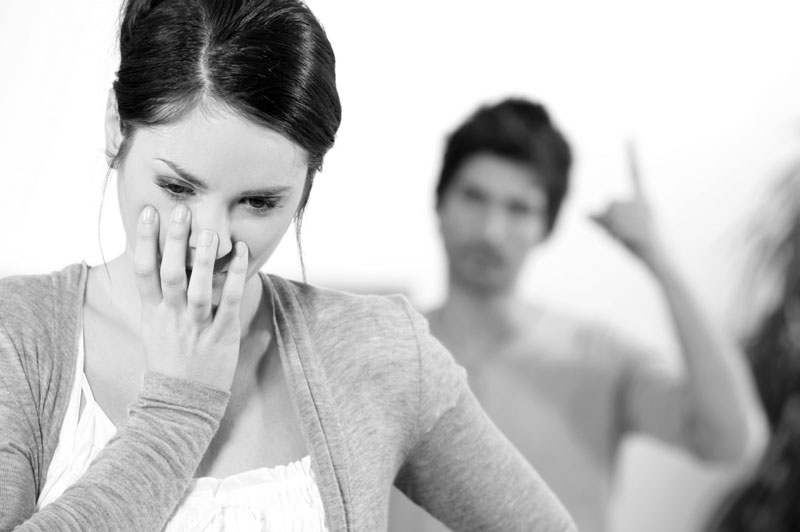 Symptoms for the early detection of abuse

The first repercussions are manifested at a behavioral and cognitive level and can be:

Loss of memory and ability to concentrate, frequent forgetfulness …

In the long term, states of anxiety and depression can appear that are usually treated with sedatives, which increases the defenselessness of some women who go to the medical services to ask for help for their symptoms without knowing that their ailments are caused by the situation they live in.

Others come to the consultation with these symptoms:

Signs of psychological abuse in a relationship

One of the most characteristic and common traits of psychological abusers is to blame yourself for arousing attraction in other men despite the fact that you show no interest in those other people.

When it happens, he feels very insecure because he feels the role he occupies in your life is in danger, even if there are no real reasons for it. However, instead of acknowledging their unfounded fear, they act by focusing their discomfort on you and blaming you for triggering such situations.

In these cases, the psychological abusers determine the way their partner dresses or if they use makeup. He will try by all means that he stops being attractive in the eyes of others, including in his way of being; If you are a nice, warm and sociable person, they will find a way to prevent you from showing yourself naturally to other people.