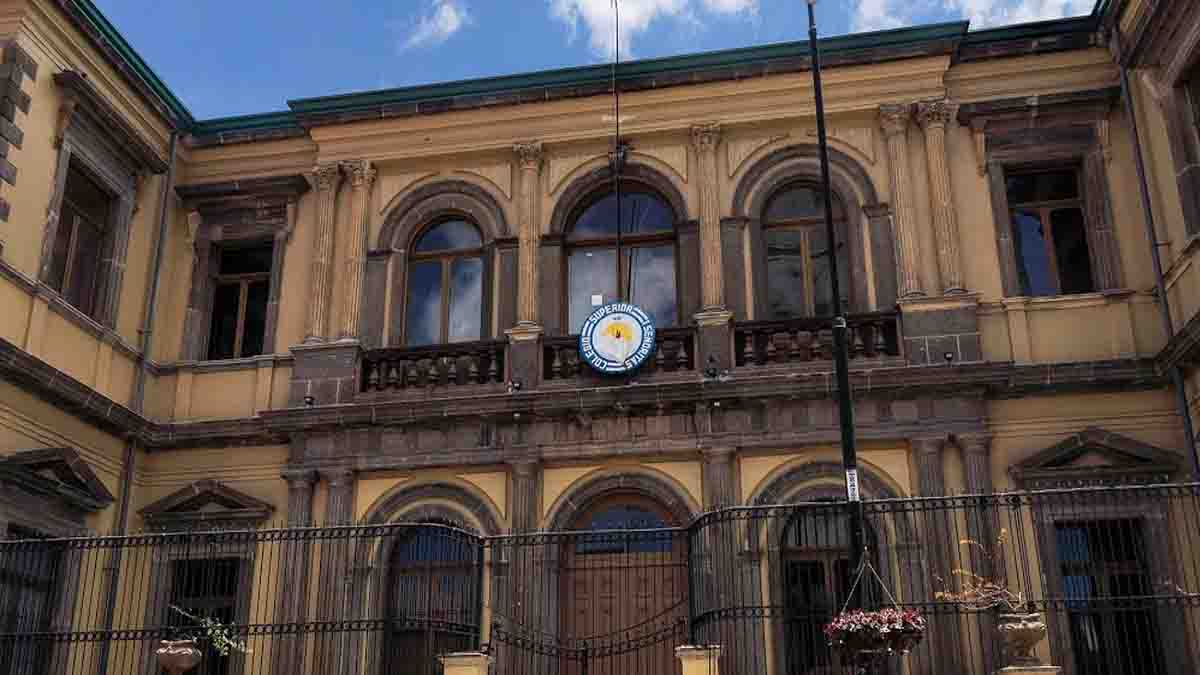 The Colegio Superior de Señoritas is an educational institution located in San José, Costa Rica. Founded in 1888, it was the first institution created in the country for the exclusive secondary education of young Costa Rican women. It is located in a neoclassical building, considered one of the architectural jewels of the Costa Rican capital. Being declared a “meritorious institution” of Costa Rican education in 1994.

The Colegio Superior de Señoritas was created on January 14, 1888 by decree No. XIX of President Bernardo Soto and the Minister of Public Education Mauro Fernández.

From the moment of its creation, it became a fundamental pillar for the education of women in our country. Leading figures of Costa Rican society in the political, social, cultural, and arts spheres have passed through its classrooms, as students, faculty and directors. Figures who with their vital and professional trajectory have helped to strengthen the foundations of a democratic, participatory, egalitarian and equitable society.

The characteristic uniform with a long skirt and striped blouse

In 1888 the only one who wore the elegant uniform at the Colegio Superior de Señoritas was the director, Miss Marian Le Capellain, first director, from 1888 to 1908, where she also taught English. Of Protestant religion, she was born in Jersey, England and at the age of fourteen she moved to New York, where she completed her studies, arriving at Costa Rica in 1872 as the governess of the daughters of former Salvadoran president Rafael Zaldívar;

She was the political sister of Mauro Fernández, Secretary of Public Instruction. She also had a private school that was kept open until 1886. She participated in a social assistance organization founded in 1913 with the purpose of improving the nutrition of the poorest children, supported by the feminists of the time In 1906 the characteristic uniform for the students was instituted and in 1930 a gala dress was added for special occasions. The first Director Miss Marian Le Capellain, provided the initial organization of the school and the first teaching plans. Divided into two sections: Literary and Pedagogy. “In this last section, the students could aspire to the diplomas of primary school teacher or higher primary school teacher”

Initially, the Colegio Superior de Señoritas did not grant the diploma in Humanities that we know today with the title of Bachelor. The first woman who graduated as a Bachelor, studying her last year at the Liceo de Costa Rica and, later, became the first woman to obtain a Law degree in the country, was Angela Acuña Braun.

This institution received students from all social classes because, from its first year of operation, the State granted a certain number of scholarships distributed by province, with the purpose that the graduates would return to serve their communities. These scholarships included not only tuition exemption but also help for school supplies,and a pension for the students from far away places.

The intention was that, once prepared, these women would return to their places of origin to serve as teachers in the country’s public schools.

Using Different Passwords: The Cybersecurity Method for 76% of Ticos

Sala STEAM, Seeks to Bring Young People to the Careers of the Future in Costa Rica