The Costa Rican Academy of Language is the notary of the variant of Spanish spoken in Costa Rica. And it is a notary in so far as it leaves a testimony of the linguistic events of which it is a witness. That is, outside of one or another orthographic aspect, it does not seek the determination of “how it is supposed to talk”, but of “how to talk”. It does not attempt to point out the “right” or “the wrong”; the Academy intends to tell how we express ourselves in this country. By indicating “this country” it is said that, because of its new statute and regulation, it is obliged to promote knowledge of the nation’s multilingual and multicultural condition. 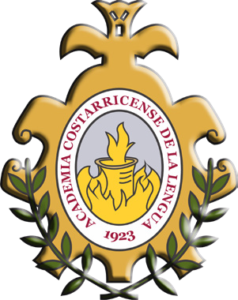 Thus, it sees favorably -we repeat, statutorily disposed- the voices and expressions that are contributions of the Talamanca Bribri or the French that the Haitian or Canadian migration speaks; of the head of La Estrella, of Chirripó or of Ujarrás, or of the patuá or of the Caribbean mekatelyu; of the ngäbere or the teribe of Daytonia or Sixaola; or the Judeo-Costa Rican Hebrew … Yes, the Costa Rican Academy of Language likes the chiquisá drone, the orchid that brings us together and that in the country we call ‘guaria’ (word of indigenous origin, probably from one of the disappeared languages ); it does not look bad on the rough güitite; and, I risk, that likes of a “rompope” with clandestine “chirrite”…

Its name is Costa Rican Academy of Language, corresponding to the Royal Spanish Academy (RAE). It is a scholar corporation, of the public good, secular and non-denominational. It was constituted for “the promotion, study, and appreciation of the Spanish language and the literary, philological, and linguistic productions written in this language”.

And what does it do? What else is it called to comply with? Let’s say, roughly speaking, that it has a decalog of purposes: the cultivation of the Spanish language and its literary manifestations; the contribution to scientific and technological development; the support for the multilingual and pluricultural condition of the country; the promotion of reading; the study and use of the cultured norm in its diversity; the membership and the contribution to the Association of Academies of the Spanish Language; the recognition of the use of the language in accordance with the corresponding context; the contribution to the increase of the lexicon; the encouragement of the publication of works for language development; and the attention of inquiries from educational, administrative, and judicial authorities.

It was established in 1923. At some point, some historians affirm that it was inaugurated on Thursday, February 15th of that year, but that is not completely right. That day, what was done was a 2nd preliminary meeting -there were 2 preliminary meetings- at the National Library Hall. (It occupied, the Library, a beautiful building, today destroyed and its square converted into a corner and functional parking lot … That does not do you any favor neither to the way in which Ticos assume the protection of its architecture nor to the austere of what was a continent).

The misunderstanding could be due to the fact that the minutes of that Cenacle consigned that “the first meeting of the Academy was held”. But it was not inaugurated yet, and that was just a way of speaking.

The 1st meeting of the Academy, properly speaking, actually took place on Friday, October 12th, 1923, at 4 pm, among the neo-baroque decorations of one of the rooms of La Casa Amarilla (headquarters of the Ministry of Foreign Affairs).

To mention the names of those who have been -and are- members of the Corporation is to take a tour through the history of the letters, sciences, and politics of Costa Rica. In the list of founding academics (there were 18 -and all of them already deceased), we find names like Cleto Gonzáles Víquez, Ricardo Jiménez Oreamuno, Julio Acosta García, Alberto Brenes Córdoba, Justo A. Facio de la Guardia, Carlos Gagini Chavarría, Roberto Brenes Mesén, Joaquín García Monge. Other members were: Anastasio Alfaro González, Julián Marchena Valle-Riestra, Joaquín Gutiérrez Mangel, Isaac Felipe Azofeifa Bolaños, Luis Dobles Segreda, Moisés Vincenzi Pacheco, Carlos Luis Sáenz Elizondo, Carlos Salazar Herrera, Francisco Amighetti Ruiz.

Among those of the current payroll we find Julieta Dobles Yzaguirre, Arnoldo Mora Rodríguez, Mía Gallegos Domínguez, Carlos Cortés Zúñiga; to its current president, Mr. Víctor Manuel Sánchez Corrales, and to the secretary, Mr. Carlos Rubio Torres … And the reader will have to forgive me, I hope, for the names, I leave out because of the tyranny of space. However, it is necessary to emphasize, it is necessary, to Mrs. Virginia Sandoval de Fonseca (deceased), the first woman member of the Academy, and to Mrs. Estrella Cartín de Guier, first president of the Corporation.

The activity of the Academy, which is now periodic and constant, was not always stable. In the first 30 years (1923-1953) the Costa Rican academics met about 25 times. It was not enough to boast of great convening power or exaggerated efforts of the competition. The reasons for such little activity are various and range from political and military events, nationally and internationally, to reasons of a personal nature.

However, despite the lack of assistance, there was always a marked interest in the role and results that could come from academic work. In addition, its work was marked by the very serious events that occurred on the planet. To mention a few: the Spanish Civil War (1936-1939) and the 2nd World War (1939-1945). In the first of these conflicts, amidst the destruction and savagery that any war implies, there was the suspension of activities of the Royal Spanish Academy.

As an interesting aspect, the Costa Rican Academy agreed to a note from the secretary of the Guatemalan Academy, Mr. Antonio Vallada, who forwarded it to the Scientific Research Council of Madrid, in which he warned that “the autonomy of the Spanish National Academy of Language (sic) and its subsidiaries in America cannot be affected by a law of political tendencies on pain of disassociating the activities that are requested because they are contrary to the democratic ideas and the purpose of the aforementioned Academies, which are dedicated exclusively to enhance our Castilian language and its literature”.

I do not know what standard he referred to as “law of political tendencies”, but we do believe that the “gazapo” of the “Academia Nacional Española de la Lengua ” was not such, and it was intended to distance the government of Francisco Franco. (We recall that the Francoist army was called “National” and faced the “Republicans”, or supporters of the Republic). But that is just our interpretation, without going any further.

On the other hand, the director, Mr. Ricardo Fernández Guardia, in the middle of the world war, in 1941 and 2 years after the Francoist triumph, proposed that the Costa Rican Academy be autonomous from the Royal Academy, as long as the latter academy “remained in the anomalous situation in which was”. And the proposal was not without practical reason: by June 14th, 1941, it had been more than 4 years since no communication was received from the Spanish Academy.

The other Costa Rican academics welcomed the proposal and saw it so well that the motion was approved. 5 months later, a letter arrived from Mr. Julio Casares – “Perpetual Secretary” of the Spanish Corporation. There he explained the reasons for the silence and asked for collaboration and correspondence between the 2 academies. They considered resuming relations with a ‘but’. It was determined to conduct an investigation to find out what the condition of the Royal Academy was with respect to the Falangist government. Consequently, the declaration of autonomy continued.

In the 2nd half of the last century and so far in the 21st century, the work of the Costa Rican Academy moves between the appointment of new members, administrative matters, financial aspects, awards, new and old editions, educational activities, linguistic aspects of speech, work trips, didactic visits, and the study of texts and idiomatic contexts …

This year, for example, there are the commemorative activities for Lilia Ramos, the centenary of the birth of Eunice Odio, in addition to the centenary of the 1st edition of the American Repertoire. But, it will be at another time when time and space allow us to tell about these and other issues.