Your closet can be bursting with clothes that are no longer used, but that you do not want to throw away because at some point, just maybe, they become fashionable again. In a closet, we can often save up to 70 pairs of shoes and a more scandalous number of bags and the worst of cases a bunch more of other stuff that we do not really use. 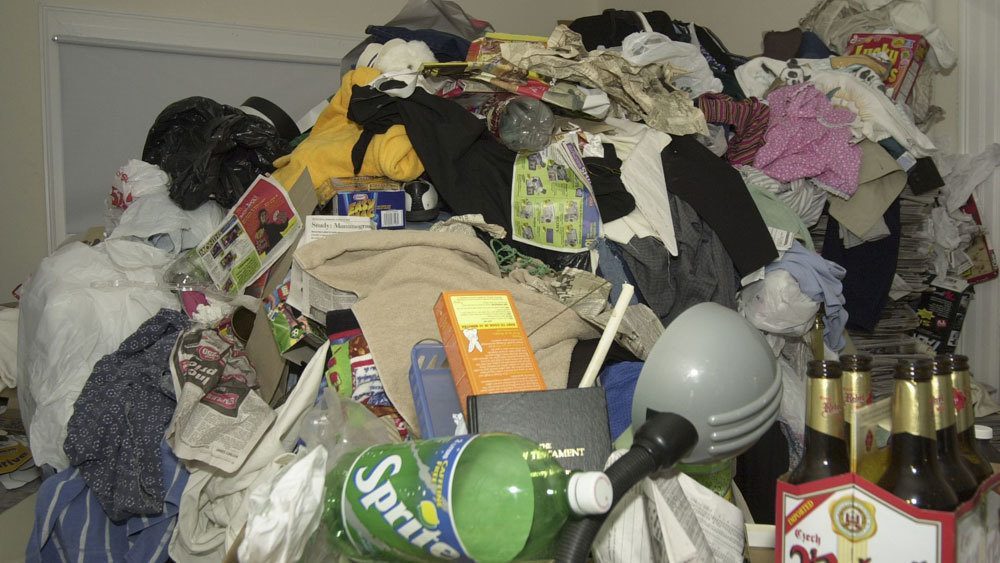 That is why throwing away what we no longer use may sound easier than it is to us, a lot more than we expect. And it’s not that we all have an obsessive-compulsive disorder. We just seem like grannies who collect so many magazines during their lives that there is no way to set a foot in their living room. But accumulating too much can cause your daily life to become chaotic and even turn into a problem of coexistence.

Experts explain that not getting rid of useless objects and filling all the spaces where you live with them, can affect the people with whom you cohabitate with. Having this habit can also make it impossible for your life, in general, to be orderly and limit the spaces available to share with your partner and other family members.

Up to a certain point, we all have an accumulator tendency inside. Anthropologists explain that when human beings began to be sedentary, men went out to hunt for food, while women’s task was to collect and take care of the goods for times of scarcity. So even though we no longer live in the cave era, there is a biological explanation by which we stuff up things.

But everything has a limit, do not justify yourself because of the evolutionary process of your ancestors!

How to get rid of things that no longer serve you a real purpose?

Attacking the worst. First of all, take into account the advantage of gaining more space. We know that dedicating yourself to ordering your entire house will take weeks and nobody has the time or desire for that. But start by deciding which area of your house areas needs a clean-up? Once you have decided it, take one day of the weekend to get rid of all those things that you no longer need from that specific place.

If you consider that something no longer serves a real purpose, give it away. In other words, if you have never used it, you will never do it. Set easy goals. We are not saying that from one day to the next you will be able to get rid of all that disorder in your rooms, especially if you have not tried it in years. But you can start little by little, like for example, set an hour free to explore the stuff in drawers, are they full of old schedules? Start with that.

You will probably be surprised at how many unusable things you could throw away and especially about the space that you will re-gain, after that, and of course, on another day (it is not the most fun task in the world), it will be more encouraging to go after your closet. Where to start here? Analyze all the types of garments, your collection of sweaters, do you really use all of them or are there two that neither your sister would want, which could be discarded?

Find a positive reason And lean on it!

If it’s hard for you to say goodbye to some broken tennis shoes because just maybe…. you’ll wear them one day to go to the supermarket and you may not find any others that feel good on you? Get over it! Your local church will probably help you to re-allocate all those things you do not use to those who can really benefit from them.

Have you noticed that you have five boxes full of items you do not need and still can not get anything out of them? Telling a friend to help you is a good way of encouragement to let go of certain objects. It could be fun to find with her the dresses used for high school proms and graduation and she can help you come to terms with the fact that probably there will never, ever be a “golden bow tie dress” furor again!

Is your accumulation a reflection of another problem?

Experts explain the difference between saving certain things and being an accumulator. An accumulator tends to be stubborn and to find a thousand reasons why according to him it is not a good idea to get rid of objects that really serve no purpose. It causes them fear and severe anguish to think about having to do away with them. People who suffer from an obsessive-compulsive disorder, such as accumulators, usually develop it around 20 years of age. There may be emotional situations not solved that make you avoid getting rid of material things. If you feel that your accumulation habit has a deeper mental cause, experts advise that you seek professional psychological support for overcoming it.

How to Break With Your Bad Habits

10 Steps How to Help Your Addicted Husband Quit

Illicit Drugs: The Plague that Continues to Invade Central America

Be Careful with Excessive “Baby Talk” in a Relationship