The 1st Costa Rican satellite is already in orbit and is ready to study the carbon fixation of a melina tree plantation in Los Chiles, in the northern part of our country. At 4 am, Costa Rica time, the transmission began from the JAXA official website, with explanatory videos on how the small satellites put into orbit and videos of the memory of previous launches. They can be seen at the JAXA site: http://fanfun.jaxa.jp/jaxatv/detail/11870.html.

Hours later, at 9:23 am, the device called Batsú – which means “hummingbird” in Bribri – made contact with the Mission Control Center in Cartago.

According to information released by the Technological Institute of Costa Rica (ITCR), where this command center is located, “the 1st thing that the satellite transmitted was a self-diagnosis. This indicated to the engineers who developed the project that the antennas were deployed to perfection and that all systems operated correctly”.

Marco Gomez, director of projects of the Space Systems Laboratory (SETEC-Lab) of the ITCR, said Batsu will continue orbiting for 6 months around the Earth and will pass twice a day on Costa Rican territory.

In one of his passages he will compile the information of the remote station in San Carlos and in the other, he will transmit the data to the Mission Control Center in Cartago. According to the study center, this information is of utmost importance so that specialists can determine the rate of carbon fixation of trees.

The Kenyan satellite was the 1st to be launched into orbit. It was developed by the University of Nairobi, it is also the 1st artifact of this type ever in which this African country participates. The 1KUNS-PF seeks to be a precursor of commercial satellites. Being the 1st trip, the specialists see it as a prototype.

The countdown began at 4:25 am, Costa Rica time, and at 4:30 am it was released. “It is very exciting because it is the culmination of a process of years of study and work,” explained Carlos Enrique Alvarado, of the Central American Association of Aeronautics and Space (ACAE), one of the organizations that designed the satellite.

How did this trip to the space orbit occur? Kibo has a robotic arm in which the 3 satellites are placed and this “ejects” them into their orbit.

Costa Rican physicist and former astronaut, Franklin Chang, referred to this milestone: “It is wonderful to see the fruit of so much effort, perseverance, and technical quality on the part of this group of young Costa Ricans. Taking a project of this magnitude to term is very difficult and they have achieved it. What a great pride! My congratulations to the ACAE, the ITCR, and everyone else involved in the project. Definitely, this is how it is done! Yes, you can!”.

What is next now? The most exciting part of the mission: for about 6 months our satellite will study how carbon fixation behaves in trees in northern Ethiopia.

In this plantation, 10 dendrometers were installed (instruments to measure tree growth and carbon capture); 5 of them were designed and built by students of the Technological Institute of Costa Rica (ITCR). A meteorological station will work there, which will analyze forest growth in relation to climatic variables.

At the ITCR in Cartago, you will receive all the information and this can be viewed later on a web page. “All the information will be obtained in real time each time the satellite passes through the area”, specified Alvarado.

In a previous interview, Adolfo Chaves, coordinator of the Space Systems Laboratory of the ITCR School of Electronics, explained that the measurements to be carried out are proof of concept since in order to extrapolate the data to the entire forest they would have to extend the network of sensors to determine the carbon fixation.

On the other hand, this satellite is pretty small. It is a 10-centimeter-cube and weighs 1 kilogram. It was manufactured with CubeSat technology; that is why it is small, light, and inexpensive.

This device was developed by the ACAE and the ITCR, with the help of strategic allies, including institutions, companies, and even the National Government. According to Alvarado, at least 100 people have been involved in some way or another in the creation of this artifact.

The national satellite arrived at the ISS on April 4th, after being launched from Cape Canaveral in Florida, United States. To get there, the device traveled in the Dragon capsule of the SpaceX mission.

In this launch, not only the Costa Rican satellite went, but also equipment, cargoes, and supplies that will contribute with more than 250 investigations in the space. This is not only the 1st incursion of Costa Rica into space; in fact, it is a pioneer throughout the Central American isthmus.

“We have always made it clear that this is just a proof of concept that seeks to demonstrate the possibilities, now we can continue to scale, not only in the environmental part, we chose the environmental part because of all the potential it has, but the satellites can measure other things, like the prevention of disasters, the possibilities of urban development, and some other applications for everyday life, there is much to continue exploring “, concluded Alvarado. 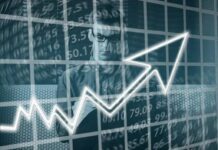 Learn Everything You Need to Know About “The Wisdom of Crowds” 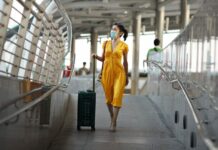 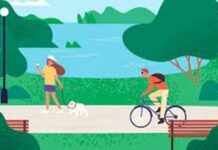