In the same way in the year 2017, a comprehensive investigation done by Summa magazine showed the ranking results of banks, insurers, and stock exchange positions.

The balance shows a very favorable sector, with a great capacity to face the difficulties that could arise. The magazine identified that for 2017 they represented 33% of the Country`s assets. 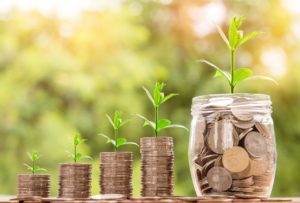 Summa analyzed the 159 financial entities that make up the regional Central American banking system. Bank assets in the region added had an increase in interest rates by 15.9% in comparison to 2016.

The Central American region reflected great growth in terms of the general economy, showing very positive values during 2018 in the banking sector, showing the strength expected in the system.

After the 1948 decree nationalizing the banking system, the banks in Costa Rica became a state financial entity with a very active participation in the development of the country, being an example of modernization of its services, and constituting until today an indispensable state arm for the execution of important public works projects.

The credit intermediation of banks and its influence in the generation of goods and services by the productive sector.

The Central Bank of Costa Rica makes banking policy and the SUGEF (the sectors regulatory board) supervises that this policy is enforced; the reserve on demand deposits is 15 percent. Total assets cannot exceed 11 times the bank’s equity, and the legal limit on loans is 20 percent of the bank’s total capital.

Since 1994, the year in which the market opens up for checking and savings accounts, private banking entities in the country are once again established.

The private banks in Costa Rica like the public (state-owned) banks began a process of modernization in the face of competition and the substantial improvement of their banking services.

Banks in Costa Rica have recently started to provide services over the internet and now it includes a large scope of the services available for the optimal attention of the client’s needs. The vast majority of state banks offer online services and private banks also manage it in this way.

The most common services are account balances, transfers between your accounts, transfer to other accounts, interbank transfers, requests for new checks, payments for public services and some other services.

How banks ensure the clients’ money in Costa Rica

Banks in Costa Rica are divided into 2 categories: national (or state) and private banks. The differences are very important. National banks have some degree of higher security since deposits are insured.

According to economist Carlos Blanco, “in early 2018, the Central Bank of Costa Rica (BCCR) announced the definitive adoption of a flexible monetary inflation targeting scheme. The objective is to maintain inflation at levels close to those shown by our most important trading partners and, at the same time, to comply with the main mandate of its organic law that is to control inflation in the range of 3% +1 in 2018 and 2019.

Most Central Banks focus their attention on inflation, arguing that a low and stable level of inflation creates, directly and indirectly, the conditions in which the economy can prosper. ”

Joint effort to achieve a goal

Among the main recommendations to the current Tico government, in which Carlos Blanco focuses “is to balance inflation and employment at optimal levels as a joint effort of the government and the Central Bank in order to turn Costa Rica into an international reference in this sector.

These strategies should focus on political and developmental actions, especially those aimed at investment in infrastructure, education and research and, in general, all non-monetary policies that promote growth and productive employment and that, eventually, can minimize the negative effects of high-interest rates “.