In my blog this week Andrea Jimenez discusses why the creation of the Costa Rica Space Agency is so important for the country’s economic development.
Read more

When do we realize that stress is affecting our body? or better, do you know what stress is?
Read more
TCRN STAFFhttps://www.TheCostaRicaNews.com
Creating a Conscious alternative news network that we feel the world needs. Pura Vida! 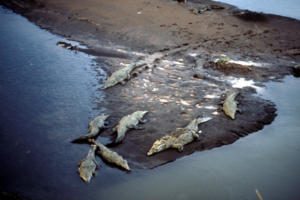 This was revealed by a study conducted by the National Water Laboratory, Water Supply and Sewerage (AyA), which showed that the amount of fecal coliforms per 100 milliliters of water dropped from 800 in 2007 to 100 this year.

Fecal coliforms are an indicator of a group of bacteria whose presence signifies a risk of transmission of infectious diseases.

Darner Mora, director of the Laboratory, said that in 2007 the waters of Tamarindo beach had a high peak of fecal contamination due to 11 wastewater discharges from both direct and indirect sources.

After this report, a series of corrective measures were put into place. For example, the AyA withdrew the Ecological Blue Flag award for the beach and the Ministry of Health had issued corrective orders to more than 80 shops.

“There is evidence that the actions of the community and the agencies responsible worked, because the improvement is very good,” he noted.

AyA’s study was done between 2008 and 2009, with samples taken at eight different points of the beach located in front of major hotels.

Ricardo Sancho, president Deay, highlighted the interest of the people of Tamarindo in reducing water pollution.

“Just as at the time we were harsh and critical with respect to this beach, even generating discontent hoteliers, today we must recognize the improvement and tell people that you can swim there without major problems,” he said.

The fall in COVID-19 infections that Costa Rica has sustained since the beginning of 2021 was positively translated into other indicators. In addition to...
Read more

Rare or infrequent diseases are those that have a low prevalence in the population and World Rare Diseases Day stresses to the general global...
Read more
- Advertisement -