Tai Chi Beyond Health and Wellness

TCRN Staff
Health, fitness, rejuvenation… these words are associated with Costa Rica and its broad offering of wellness retreats. While yoga is one of the most common classes or retreat topics taught in Costa Rica, the least known or taught is Tai Chi Chuan. 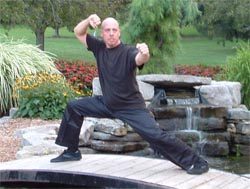 Tai Chi Chuan translates several ways, the most common translation being Supreme Ultimate Fist. Tai Chi is an internal Chinese martial art practiced for both its martial training and its health benefits.

Although the components of Tai Chi, such as the I Ching or the Book of Changes, the oldest book in Chinese history, and Wu Hsing (pronounced wu sing) or Five Element theory, date back some 5,000 years, Tai Chi’s real developmental history dates back to approximately to 1100 AD.

There are several recognized styles or families of Tai Chi, but all authentic Tai Chi are taught from the “Classics”, a series of songs, and poems written by great Masters, over the past 1,000 years. So, while the various families may look different in their movement, they follow the same set of principles and theories.
Today, in America, most Tai Chi has been watered down into a “new age” practice, with very little real understanding of the concepts and principles of Tai Chi Chuan. Tai Chi was first and foremost a martial art. Today, most Tai Chi instructors do not understand nor teach the martial aspects of Tai Chi.

While some teachers think this (martial aspect) is not necessary, they undoubtedly have no martial understanding, hence their one sided perspective. Tai Chi is not one sided, it is the Supreme Ultimate, a complete system of philosophy, of health and healing, know as a Chi Kung or Energy Work system, as well as a martial system, anything less and it’s not Tai Chi.

The following comments were taken from an interview with Michael Klein. Mr. Klein has practiced various systems of martial arts for last 40 years and has earned teaching rank of Shihan, or Master Instructor. Michael currently teaches Dragon style kung fu in Heredia Costa Rica, and has attained the following ranks:

“Tai chi is a way of life or a philosophy for some people, and for others it’s an exercise system to promote health, flexibility, and for others it is to stimulate our internal energy system, and other it’s a martial art and for some it’s all of the above. From the health perspective it’s a form of moving meditation. When you begin a Tai Chi form you start in Wu Chi, meaning ‘before beginning’ or sometimes called ‘primal beginning’. You are in a state of balance, centered. Once you commence to move into the various postures of the form, you move into Tai Chi. 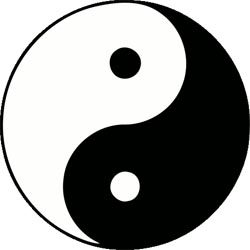 Most people refer erroneously to the Tai Chi symbol as a ‘yin-yang’, but the symbol is called Tai Chi. As we move into Tai Chi, our motion does not stop, we move left, right, forward, backward, weight shifting to and fro, in a rhythmic movement of yin and yang, of expansion and retraction, we are dancing the dance of the universe. Internally we are controlling and directing our energy in specific ways in harmony with our physical or external movement, our breath is also synchronized with our external movement and internal energy flow, our minds become centered, focused, one-pointed, we are in a state of moving meditation. When we return at the end/beginning to a state of Wu Chi, 20 minutes may have pasted to run through a particular form, but it seems like a brief moment, we feel centered, relaxed, we feel energy pulsing through our body, our palms tingle like with electricity, we feel like we have grown roots and are gripping the ground, we feel expansive, we have experience something very difficult to truly describe.”

“Tai Chi was introduced to the west in the early 1970’s, since then the system has generally seen a decline in authenticity, being diluted and watered down through incomplete teaching and misunderstandings. Many Tai Chi schools today only teach one aspect of Tai Chi.”

“How can you claim to teach Tai Chi, or claim to be a Tai Chi teacher, if you do not have a deep understanding of its underlying principles, such as the I Ching, trigrams, hexagrams, five element, the classics, and of course the martial aspects. ”

“Tai Chi contains solo and combined practice of the various forms, or sequenced movements… an internal relationship, as well it is a relationship with external aspects; this is practiced through dealing with external forces such as practicing with an opponent.”

“Chi or energy, is worked internally as well as externally, two (2) aspects of the same thing”

“Most teachers today only focus on the internal or ‘chi kung’ aspect, and even that has been watered down”

“Tai Chi was taught to me as part of a broader system. The systems I have studied, such as Chi Lin Kung Fu, Wu Pai Chuan, are complete martial systems where students are taught an entire and comprehensive system, and actually have to attain rank from a certified instructor. These complete systems teach other martial arts within the system, Tai Chi being only one, but an advanced one.”

“Chi or energy, by itself is simply that… energy, from quantum physics to astrophysics to walking to thinking to physical matter, everything is energy, we all know that, but jing is the application of this energy. Jing is rarely taught in today’s Tai Chi classes. There are many ways of applying energy but with no understanding of jing, you end up with ‘Flower Fist, Brocade Leg’ as the masters say. This saying indicates movement that may look pretty but lacks any real internal understanding.”

“A trained practitioner can see and feel a person’s ‘Dragon-body shape’. A true practitioner can transmit knowledge through what is called ‘direct transmission’ or by touch. Let me give you an example, I can’t teach ‘sinking jing’ by talking about it, or telling you to read a book, or watch a DVD, I can only do this by showing you how, and making you feel how to take energy/jing, say from an incoming force, from an opponent or fellow practitioner, and redirect it back into the opponent causing them sink to the ground, with a simple rotation of the palm. This is direct transmission.”

“Tai Chi, chi, jing… these things are not magical, or super natural, they just require long and deep study. The Classics say in the Five Keys to Diligent Study – Study wide and deep, investigate and ask, ponder carefully, clearly discriminate, and work perseveringly. It’s not a destination, we don’t say I know Tai Chi, we say I practice Tai Chi. It is a life time study” 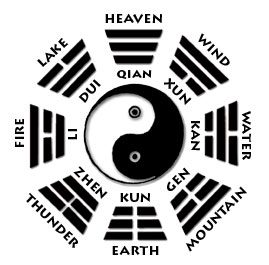 “As a philosophy, Tai Chi’s roots are in the I Ching or Book of Changes. The trigrams and hexagrams of the I Ching not only give us a vast amount of information in relation to the physical aspects of Tai Chi, the I Ching is also one of the core teachings in Taoist philosophy and Chinese cosmology. The I Ching in the ‘new age’ only tends to deal with it as an oracle, but it is important to have a more complete understanding of the numerous Appendices such as the Ten Wings to begin to grasp the philosophical aspects of Tai Chi.”

“From the martial art side, Tai Chi is least understood. Today, this is generally taught as “push hands”. In reality this is only one very small exercise in the larger body of Tai Chi. Martial interpretation of the physical posture, today, are generally limited to a few defensive movements. In reality Tai Chi is an extremely explosive and very destructive martial art, not only capable of damaging one on the external or physical body, it disrupts internally by damaging nerves and electrical flow through the nerves and even more devastating the internal flow of chi and energy centers.”

“Tai Chi is a microcosm of the universe; it is a comprehensive body of study. Through time and practice the whole of our lives become Tai Chi. It is a beautiful art form and I encourage everyone to explore its benefits.”

Michael Klein teaches Tai Chi Chuan in classes, private retreats and seminars in Costa Rica. According to him, the most effective way to learn is one-on-one private instruction, stating that with class instruction, a student might only receive a couple minutes of personal attention, and that with private instruction a student receives over 30 times that amount of instruction. Michael was taught traditionally in this fashion and continues the tradition in his classes.

You can contact Mr. Klein through The Costa Rica News.

Do You Know About Guillain Barré? In 2022, 170 Cases Were Registered in Costa Rica