The Minister of Environment and Energy (Minae) of Costa Rica, Andrea Meza, said today that “the present decade is...
Read more

Bacterial resistance is a way of calling the phenomenon that occurs when bacteria learn to defend themselves against antibiotics....
Read more
TCRN STAFFhttp://www.TheCostaRicaNews.com
Like you, we are tired of corporate media that is politically driven and one sided. So we decided to focus on news that’s important to people. We’re Creating a Conscious alternative news network that we feel the world needs and we need your help! We can’t do this without you! Support news and media that matters and that can help change our world!

San Isidro del General is a town, and head of the canton of Pérez Zeledón, south of the province of San José in Costa Rica Stop for a moment (or more) to enjoy the atmosphere. On the way to San Isidro del General, you will pass the Talamanca Mountains and see some of the most impressive views in all of Costa Rica. However, that’s not all, you will also find interesting cultural events.

The town sits mainly in the San Isidro del General district. With a great variety of flora and fauna. Tourism is one of the strongest activities of the place since the topography lends itself to enjoying the countryside, beach just minutes away from the town. Road access has improved considerably in recent years and it is a canton in a key moment of industrial and economic growth. 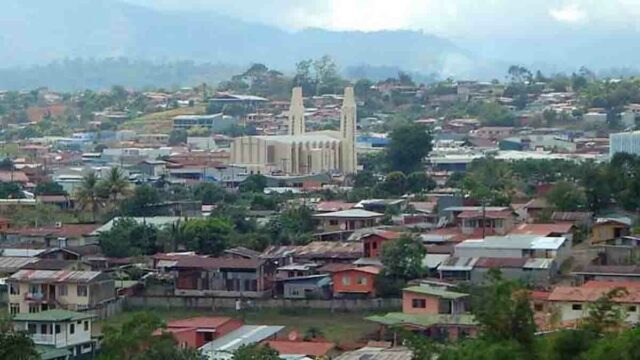 The hamlet that existed in this area was known as Quebrada de Los Chanchos. In 1910 it was renamed San Isidro del General. The electrical network and the aqueduct service began operations in 1943. In 1948 the Governing Board managed a telephone network to communicate El General, Daniel Flores and Rivas, with San Isidro.

The municipal market was inaugurated in 1952 with the approval of a loan from the National Bank. The building currently houses the Cultural Complex. On August 7, 1954, during the administration of José Figueres Ferrer, Ureña officially changed the name of the town to being called San Isidro del General.

In December 192, an agreement was made known by the IFAM, of an amount of ¢ 25,000 to build the San Isidro del General pipeline. In 1943 the first pipeline and the public lighting began. Mr. Joaquín Barrantes was the owner of the plant. The first telephone network was structured and put into operation by Mr. Gilberto Blanco Montero. The first Municipal Executive was Don Óscar López Morales. In 1952 the National Bank granted a loan to the Municipality to build the Municipal Market, which was located where the Cultural Complex is.

In March 1953 the secondary school was inaugurated and the Municipality requested that it be named UNESCO Vocational School.

On October 3, 2017, the Municipal Council approved declaring the canton free from discrimination and respectful of Human Rights, a proposal promoted by activist Esteban Alfaro since the beginning of 2016.

The Minister of Environment and Energy (Minae) of Costa Rica, Andrea Meza, said today that “the present decade is...
Read more
TCRN

5 Dating Apps to Use When Traveling to Costa Rica

14 Tico Women Were Declared “Benefactors of the Fatherland

The fundamental contributions of 14 Costa Rican women in fields such as science, politics, poetry, art and the environment made them “Benefactors of the...
Read more

25 Curiosities of Costa Rica that Will Surprise You

Its inhabitants have a very characteristic lifestyle that always places Costa Rica as one of the happiest countries in the world. We tell you 25 curiosities of Costa Rica
Read more

Ayahuasca in Costa Rica: 5 Things You Need to Know About This Hallucinogen

The revelation of the American actress Megan Fox about her recent trip to Costa Rica to ingest Ayahuasca (Yagé) brought to the fore the...
Read more

The second phase of workshops of the "Young Leaders of Diquís" project was carried out in the past days. Throughout these, the participants have...
Read more
- Advertisement -