This National park is located on the South Pacific Coast of Costa Rica in Golfito at the southeast of the Osa Peninsula. Next, to the Golfito National Wildlife Refuge, the Piedras Blancas National Park connects with the Corcovado National Park to form and safeguard an important and ecologically diverse biological corridor.

The Ecosystem of Piedras Blancas National Park is one of the wettest and rainiest in Costa Rica. It consists mainly of narrow rows and steep slopes covered with primary forests and a flat area with grassland. The Esquinas River that receives this name due to its numerous meanders naturally delimits the northern and western sectors of the park. Several streams cross the park and flow into the Esquinas River. The waterlogged plains that line the two main rivers of the park (Esquina and Bonito) are covered by several abandoned grasslands and secondary forests in various regeneration states.

Piedras Blancas National Park was created in 1993 to protect the only lowland rainforest left in Golfo Dulce. Covering more than 14,000 hectares, this park is among the last remaining areas of residence of the jaguar in Costa Rica. With its lush tropical forests and its plethora of native plants and wildlife, Piedras Blancas National Park also protects the beaches and bays of the northern Gulfo Dulce.

Its flora and fauna. 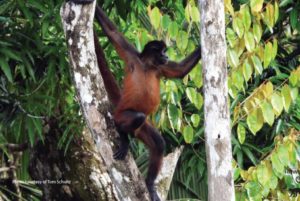 There are more than 140 species of mammals in the park (including 4 species of monkeys in Costa Rica) 350 species of birds 100 species of amphibians and reptiles and thousands of species of insects. Due to its humid and hot climate, this park receives a lot of rain and keeping it lush and green all year round. There are hundreds of rare species of plants, animals, and insects found in this forest, as well as a large number of snakes and other reptiles. However, not all are known, as studies of this park are still ongoing. Some of the birds and animals found here include the howler, cappuccino, and cariblanco monkeys, pumas, jaguars, hawks, toucans, and macaws. Considered by many to be one of the best bird-watching parks in the country. Piedras Blancas National Park is an important meeting point for many birds from North and South America thus becoming a whole for ornithological studies. 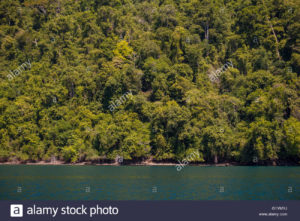 With its high and dense forestation, this national park is essentially an evergreen primary forest being a habitat for many resident species of trees and plants. You will also find here many beautiful waterfalls and rivers, as well as stunning beaches and a coral reef on the coast. Research has also unearthed that in the pre-Hispanic period, this area was home to many native tribes.

How to get to the Piedras Blancas National Park?

To reach this wonderful park, take the Pan-American Highway towards Palmar Sur and go about 20 miles further south to the town of La Gamba. From there you can easily access the entrance and immediately you will begin to see a park that houses the mentioned above a large number of birds that live in it thanks to the extensive tree system that exists. Due to its privileged location adjacent to the Corcovado Park, both parks form an impressive natural refuge where you can enjoy the manifestation of the lushest and beautiful nature of Costa Rica 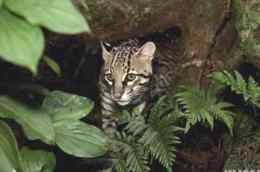 Among the services for its visitors, the camping area stands out, where you can camp and enjoy a few days in total contact with Costa Rican Rain Forest. The Piedras Blanca National Park is today preserved for the world to come and enjoy it. Without a doubt, Piedras Blancas National Park is one of the destinations that you should include in your tour of beautiful Costa Rica.

Rio Piedras Dam, a Project for the Benefit of All the Tico Community

The Irazú Volcano. Come To Know Its Amazing Top