In Platanar de Florencia de San Carlos, 21 students, their teachers, and even the principal of “La Ceiba” school were transferred to the local medical center and to the San Carlos Hospital. The “Bella Vista” pineapple company allegedly fumigated at about 8:00 am, and the agro toxic substance reached La Ceiba school. Reports on emergencies in fumigated schools in Costa Rica are not something new. The pineapple expansion has invaded the surroundings of schools, Ebais, and other population centers.

The agrochemical sprayed by the pineapple company is still unknown. According to statements by Stela Solis, part of the Platanar Development Association: “The Ministry of Agriculture and Livestock (MAG) and the State Phytosanitary System (SFE) know about a lot of complaints. This is not the first time, but they never accept complaints and take no action”.

Costa Rica does not have regulations on fumigation on population, educational, or health centers. The authorities refuse to generate regulations in this regard. Even the recently “Handbook of Good Agricultural Practices for Pineapple”, published by the SFE, does not mention a single word about the proximity that a third-party plantation should have, which do not have to be fumigated.

The FECON, in January 2019, proposed by trade to the MAG that a good agricultural practice would be to withdraw the pineapple companies within 200 meters of any study center, Ebais, or population center.

For its part, the National Front of Sectors Affected by Pineapple Plantations (FRENASAPP) requested the deputies of the Legislative Assembly to create measures so that communities do not continue to be fumigated with pesticides by pineapples. The FRENASAPP reiterates the importance of retreating at least 200 meters.

It is estimated that 25% of the spray of any pesticide in the field hits the target; the rest directly affects other living organisms to which the application was not directed. It is also estimated that about 32% of the sprayed pesticides were retained by the target plants of the application; 49% were deposited on the ground and 19% traveled by air to other neighboring areas.

Numerous cases are reported in which communities have complained about fumigations that affect the population center. In the Congo of Guácimo, province of Limón, they are exposed every day to the application of agrochemicals a few meters from their homes. When there are applications, all families must leave their own homes so as not to choke on the poison.

Another known case was the Jobo de Los Chiles school, in 2011, where students were exposed to agrochemicals daily because the institution was surrounded by a pineapple plantation. 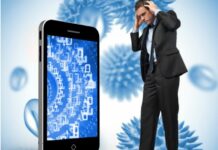 How To Prevent the Cell Phone From Becoming a Virus Transmitter 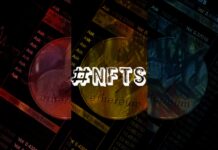