Agrochemical or agrichemical, a contraction of agricultural chemical, is a generic term for the various chemical products used in agriculture. In most cases, agrichemical refers to the broad range of pesticides, including insecticides, herbicides, fungicides and nematicides. It may also include synthetic fertilizers, hormones and other chemical growth agents, and concentrated stores of raw animal manure.[1][2][3]

In a virtually unanimous vote (8 of 9 Regidores voted in favor), on April 6 the Concejo Municipal of Perez Zeledon voted into law a complete ban on the use of agrochemicals in public spaces including roadsides and water ditches, green areas, municipal soccer fields, etc.  At the hearing attended by over 125 people,  presentations were given by Bolivar Ureñas, President of Aso-Orgánicos an association of agricultural producers that have or are undergoing organic certification, Amy Schrift, Fiscal of Aso-Organicos and Representative of Vida Autentica, a non-profit organization  that provides classes on sustainable, chemical-free growing methods to local pueblos (www.vidaautentica.org) and Fabian Pacheco, President of the National Learning Institute (INA) in Chinchilla, Cartago specializing in organic agriculture.(www.bloqueverde.blogspot.com) 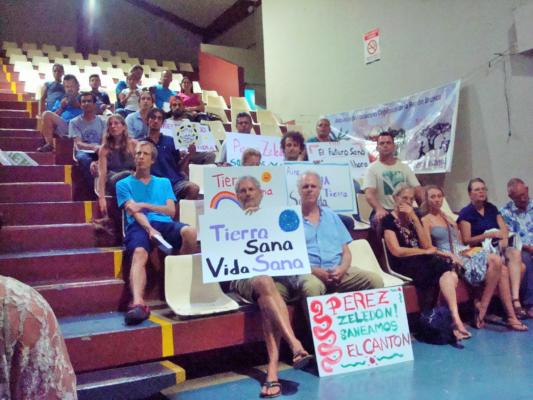 Some of the important points brought up at the hearing were: 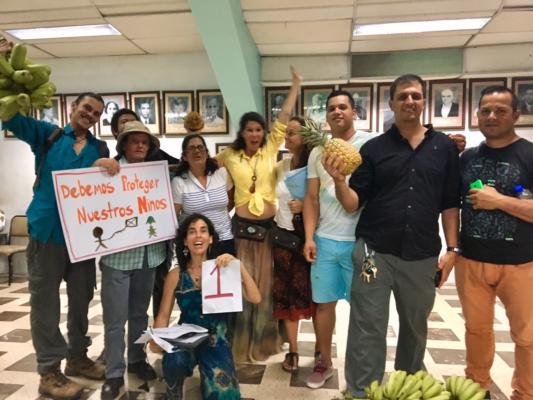 For those who may wish to encourage their Concejo Municpales to enact this legislation in their own municipalities please contact [email protected] for more information.