Located along the banks of the Tempisque River, Palo Verde National Park is one of the best places in Costa Rica to appreciate the diversity of fauna in the country.

It protects a portion of the Tempisque River, in the lowlands, an incredibly diverse habitat, where salt and fresh waters meet, combining deciduous forests with tropical jungle.

The Palo Verde National Park is a protected natural area of ​​Costa Rica located in the province of Guanacaste. It was declared a national park on April 30, 1978 and has an area of ​​18,418 ha, which includes low-lying and lake areas, flood plains, swamps and low-lying limestone hills (lands that until about 6,000 years ago were covered by sea). In 1991 it was included in the Ramsar List of Wetlands of International Importance. 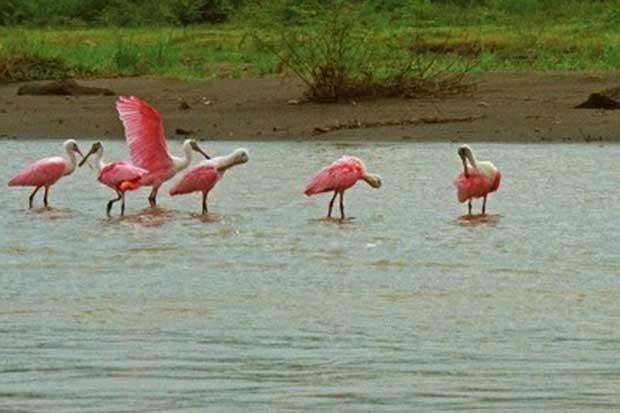 The Palo Verde National Park is made up of a set of diverse floodplain habitats, delimited by rivers and a row of calcareous hills.

This area is subject to seasonal flooding of great magnitude. During the rainy season and due to the low natural drainage of the plain, the area is flooded by the combined action of rain, tides and overflows from the Tempisque and Bebedero rivers. Sometimes the whole area becomes a huge lagoon.

The corrals and the old buildings present are a reflection of the life of the Bajureño sabanero and constitute a very important element in the cultural heritage of the old Guanacaste.

Palo Verde is one of the places with the greatest ecological diversity in the country; There are approximately 15 habitats that are created by topography, edaphic conditions, including drainage, river overflow, and the effect of tides.

One of the most conspicuous species that gives the place its name is the palo verde, a shrub with light green leaves, branches and part of the trunk, which is found both in swamps and in other habitats.

Among the largest trees are the esparvel, ceiba, pochote, ron-ron,  pot-bellied ceibo,  guayaban,  javillo,  cocobolo, medlar and the panama. In the swamps you can see species of aquatic plants such as the cattail, trista, gramalote grass and the platanillo. 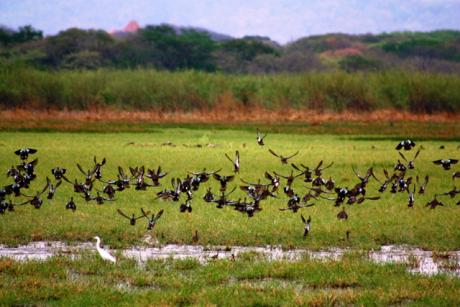 In the hills there are abundant cardones, an endemic species for Costa Rica, there is also the royal guayacán, a precious wood tree in serious danger of extinction.

The natural hydrological system of Palo Verde creates the right conditions for the most important concentration in the country and in Central America of waters for wading birds, both resident and migratory, to occur in the area.

From September to March, thousands of herons, great egrets, divers, ibises, ducks and water roosters gather in the lagoons and neighboring areas to feed and reproduce. The birds observed are both aquatic and terrestrial and add up to 279 species, although this number could rise to 300, since at least 40 other species have been observed in neighboring places.

Isla Pájaros, 2.3 hectares located in front of the park, is of extraordinary importance for having the largest colony in the country, the black-crowned martinete and for being a nesting area for the red ibis, the needle duck, the pink heron, the gray heron and the cattle heron. In the park, are the only population of scarlet macaws in the Dry Pacific subsists.

Some of the most abundant mammals are Congo monkeys, white-faced monkeys, coatis, deer, red squirrels, porcupines, and coyotes. Crocodiles up to five meters long have been observed in the Tempisque.