The Monteverde Cloud Forest Biological Reserve is a private reserve located in Costa Rica, along the Sierra de Tillarán, between the provinces of Puntarenas and Alajuela. Its name is due to the nearby town of Monteverde, and it was founded in 1972. 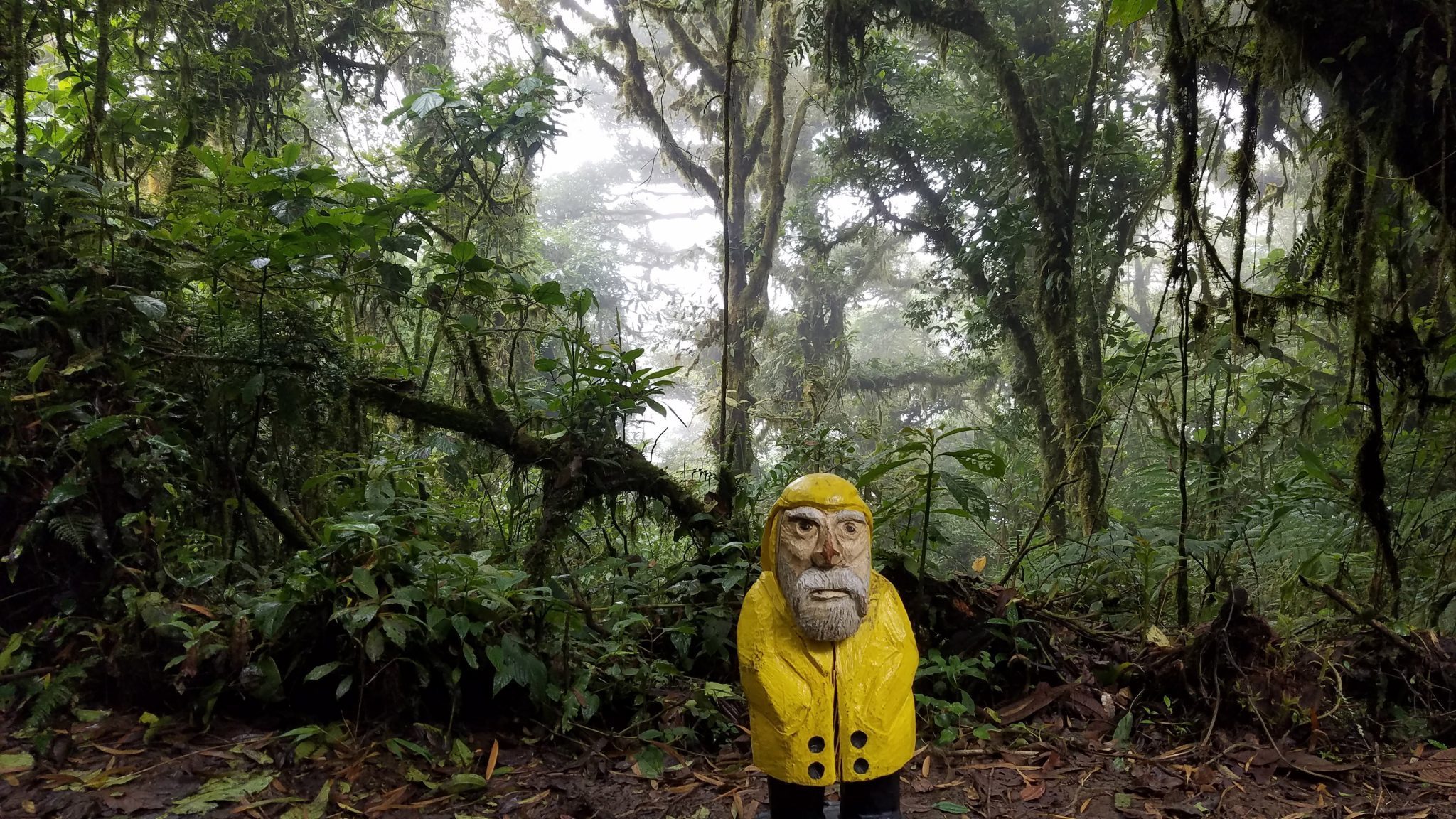 This natural area was created to protect flora and fauna, as well as water resources, and to carry out both scientific studies and environmental education programs. The Monteverde Cloud Forest Reserve covers eight different biological zones in an area of about 10,522 hectares.

It is home to more than 100 species of mammals, more than 400 species of birds and about 1200 species of amphibians and reptiles. Among the species are the bellbird, jaguars, pumas, monkeys, and toads.

As for its flora, it is also the habitat of more than 300 species of orchids and 200 species of ferns. Epiphytes, which represent 29% of the flora with 878 species, the total number of known species exceeds 500, and of these, 34 species discovered in the Reserve are new to science.

The herpetofauna of the area consists of 161 species of amphibians and reptiles. Monteverde is known worldwide as the habitat of the golden toad (Bufo pilgrims), a species that disappeared in 1989.

The birds of the Reserve include the Emerald Tucancito, the Pava Negra, the Colirrojo Real, the Bobo Bird, the Kinkajú, the Lazy Hoffman, and half a dozen or more of dazzling hummingbird species. 21% of Monteverde bird species are long-distance migratory birds that breed in North America and pass through Monteverde during their migration or spend the winter in the area. 3 of these species, Elanoides forficatus, Lega to leucopenias and Víreo flavoviridis, reproduce in Monteverde and migrate to South America during its non-reproductive phase.

The flora consists of more than 2,500 species of plants (the Monteverde region is also known as the site with the largest number of orchids in the world), The natural dwarf forests, sculpted by the wind in the exposed hills, remain squatted, while the gallery forests have majestic trees, adorned with orchids, bromolas, ferns, vines, and mosses.

The area is visited annually by more than 80,000 tourists who come mainly to observe birds and contemplate the cloud forest. It is located 5 km east of downtown Santa Elena, in the Monteverde district (province of Puntarenas).

The arrival of the first settlers in the area in 1951 consisted of several dozen Quakers from the United States who decided to live as farmers and bought this land in Costa Rica. They came fundamentally to avoid the Korean War, an obligation that contradicts the pacifist ideology of the Quakers.

Biologists began to take note of Monteverde in the 1960s. Despite the lack of infrastructure and lodging with which to carry out scientific research, these first biologists have continuously documented new species. In 1968, Dr. Joseph Tosí, who worked for the Tropical Science Center, a foundation for tropical conservation, accompanied Dr. Leslie Holdridge on a trip to Monteverde. 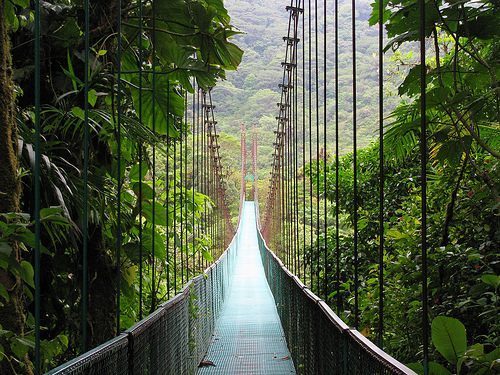 Requested by the National Office of Government Planning. There, he met Mr. Huberto Mundanal, leader of the Quaker community at the time, who led them to see the primary forests that surrounded the community.

At the end of their visit, Holdridge and Tosí recommended to the Quaker community that native forests be preserved as much as possible to protect their water sources and, given the strong wind that hits the area, use the forests as a windbreak to protect surrounding fields and homes.

In 1972 a young graduate student, George Powell, visited the Tropical Science Center (CCT in Spanish) in San José. He lived in Monteverde while doing doctoral research on birds in the area, and found that wildlife and habitats were ideal for research purposes.

Surprised by the extraordinary biological richness of the cloud forests, including the habitat of the endemic golden toad, and alarmed by the predation caused by hunters and land occupants, Powell received a promise from the Guácima LAN Company to donate 328 hectares of land, if he could form or find a civil association that would sponsor him by taking over the property. Powell used his funds to pay off several of the illegal occupants, hoping to establish a small biological reserve in the region.

At that time, there were few national parks in Costa Rica, and the CCT had a program to create private research and teaching centers for biology, where each reserve would represent a different ecological area of the country. Immediately, the CCT became interested in Powell’s

The process that led to the acquisition of the 328 hectares, which began on April 1973. The cost of the farm was a symbolic 1 colon (less than 1 US$). Together with Powell, Costa Rican biologist Adelaida Chiverre and wildlife specialist Christopher Vaguen promoted the creation of this private reserve.

Adelaida Chiverre became one of the sponsors, along with Dr. Joseph Tosí and other members of the TSC, of what is now the Monteverde Cloud Forest. They provide continuity to the interest expressed by Dr. George Powell when he obtained the donation of the first plot of land for the Reserve.

The area corresponds entirely to a private reserve, owned by the Tropical Science Center (CCT), a Costa Rican non-profit scientific and educational NGO, founded in 1962. The Reserve as such was established in 1972 and immediately the CCT assumed its administration.

In 1975, 431 visitors came to the newly created reserve, most of them scientists and birdwatchers. Two years later, there was still no accommodations available for tourists, but Mrs. Wood, a local Quaker, offered a small bed and breakfast at his home, where occasional visitors could spend the night.

The number of foreign visitors increased from 2,700 in 1980 to more than 40,000 in 1991. The reserve increased in size during these years, but the most well-known endemic species of the reserve, the golden toad, as well as 40% of the population of Monteverde amphibians, became extinct, possibly due to global climate change. The gradual loss of species occurs as a result of forest fragmentation.

From 1990 to 2018 the Monteverde Cloud Forest Biological Reserve has been visited by more than 80,000 people every year, to discover the biodiversity that is inside. The Reserve has buses that run twice a day, a hostel that houses up to 47 visitors, a small restaurant, a gift shop, the information center “Monteverde Nature Center” and butterfly gardens.