The majority of people who tend to exhibit this behavior can perfectly buy what they have stolen. If they do not buy but rather steal the item it is because stealing for them can be full of excitement, relieve their anxieties or satisfy certain desires to possess something forbidden. 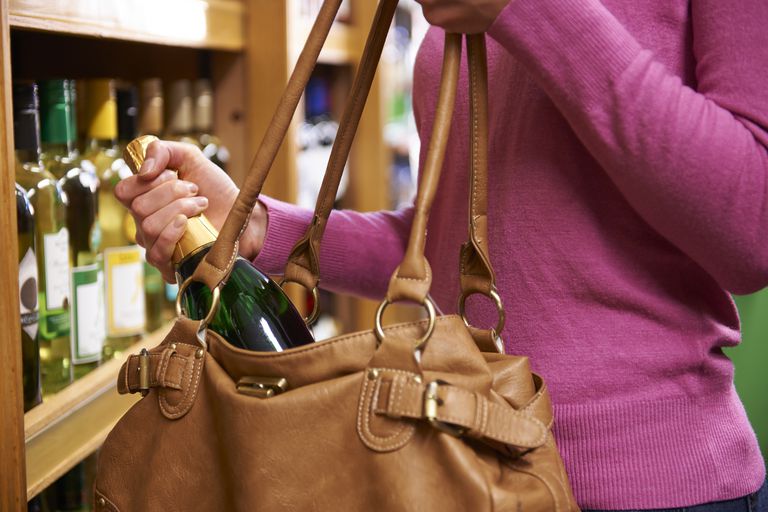 The compulsion to steal. It is known that most of those who use theft as a way of escape are people suffering from kleptomania and the number of people with this condition can be increasing. We live in stressful times, as life becomes more complex, Kleptomania is a way to deal with it.

Kleptomania is an inclination that leads a person to steal compulsively. This is a disorder that prevents the subject from controlling his impulses, in this case, the appropriate objects that do not belong to them. The kleptomaniac, feeling this impulse begins to feel an increased level of anxiety that is only relieved when committing the theft. Because stealing provides well-being, the behavior is reinforced and repeated over and over again so the act of stealing becomes an addition.

All kleptomaniacs have very common characteristics: they have habitual thoughts that encourage them to undertake the crime in question. After having subtracted any object, they can have not only feelings of remorse but also of guilt. We can not ignore either the fact that they feel powerless before the impulse to commit the theft or its variation. It is important to keep in mind that kleptomaniacs do not link their bad habit to a desire for increased material wealth or the intention to satisfy an economic need.

Kleptomaniacs claim to have started stealing in their teens. Although stealing a candy bar or eyeliner is almost a ritual for teenagers, most kids soon leave behind those behaviors. But a minority is more vulnerable to become kleptomaniacs and develop an irresistible urge to steal. According to experts, stealing provides excitement and a subconscious resource to compensate for a deep psychic problem like repressed rage or thinking that life has not been fair with them.

Maybe they come from a family with an addiction or in which one of the parents has left home, in these cases their level of resentment grows and stealing becomes a way to recover something. Kleptomaniac usually suffers from other disorders linked to anxiety and mood swings, behavior conducive to increase stress and the development of various negative feelings such as guilt.

It may include therapy with a psychiatrist or psychologist and the prescription of medication such as antidepressants and mood stabilizers. Most people who steal are never discovered, so they are not forced to make a serious analysis of their bad habits.
They are advised by their therapists to join a support group and take medication that blocks certain brain chemicals that create the physical stimulus. Many people have succeeded in overcoming this situation but they have to stay alert or they can fall into the negative cycle again.

In children, the temptation to seize objects of others is common, since they do not have much awareness of the right to property; but after five years of age, attention should be paid to these behaviors and if they are repeated, parents should go to a child psychologist to discriminate if this action is derived from a pathology, the lack of limits of affection or the need to attract attention.

It is possible that the cause obeys to a lack in the balance of the substance that regulates the states of mind, called serotonin and is linked to depressive states. The main problem of the kleptomaniac is that he/she is not usually aware of his problem until it a long time passes since the disorder began.

Kleptomania also frequently has other associated disorders such as bipolarity, anorexia, stress, bulimia, and/or generalized anxiety. It is a disorder that seems to affect women more than men. As a general rule, parents who have a kleptomaniac child must act fast before the disorder takes over your child completely.