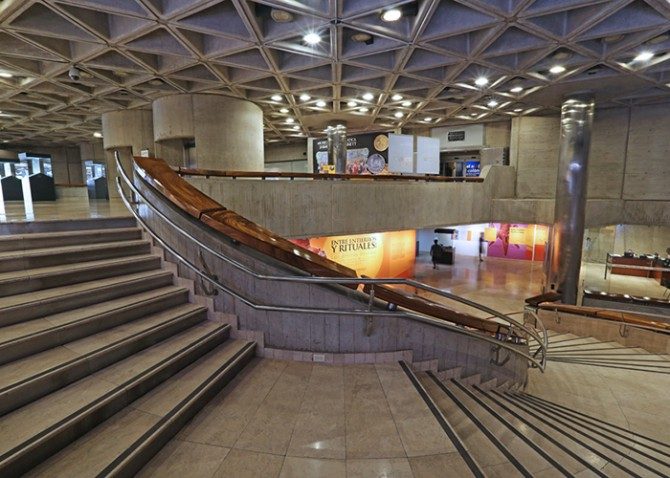 The National Museum of Costa Rica has several kinds of exhibitions, visual, temporary and permanent. Among the permanent exhibitions that the museum houses, the following rooms can be highlighted: the Indigenous Gold, the Colonial House, the Pre-Columbian, the Palmar Sur de Osa and the Puntarenas.

Since 1950, the museum sits between the Second and Central Avenue of the Plaza de la Democracia in the old Bellavista barracks, which is already an attraction in itself with its warm tones. It also has a wide range of services: workshops, lectures, research halls, and libraries, which are open to the public. One of the most outstanding services of the museum is its virtual tour, which you can enjoy through its official website and enjoy the museum as if you were there.

Undoubtedly, the National Museum of Costa Rica has become one of the must-sees when traveling to San José. A center for Research and Conservation of Cultural Heritage is a dependency of the Ministry of Culture and Youth, which seeks to strengthen the cultural diversity of Costa Ricans through actions of preservation of particular cultural events. Its mission is to be the organ of the Ministry of Culture and Youth that safeguards the cultural heritage materialized in the historical-architectural legacy and in the manifestations of traditional and popular culture, through research and specialized service for all the Costa Rican society to view, in order to strengthen our identity as a nation. 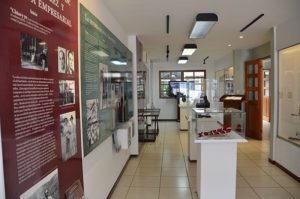 It is an institution attached to the Ministry of Culture and Youth, whose purpose is to promote art and promote culture, as a way to strengthen democratic values. It was conceived as a place where people can “lean out” to art in its different manifestations, and develop sensibility, so that the phrase of Don José Figueres Ferrer, “What for tractors if no violins! does not become worn words.

It is a living monument, where children, young people, and adults enter daily with the illusion of learning about dance, music, literature, visual arts and where people have a space for the free discussion of thought. It directs its goals to foster a stimulating environment for learning and enjoyment of art through various artistic training and promotion projects and the strengthening of democratic values, among which the following stand out:

Plastic exhibitions. Throughout the year an Art Gallery is open, in which each month there is a different exhibition, in order that plastic art, especially among young people, can be known. Art training workshops. It offers training in various artistic disciplines with the idea of promoting the expression and creativity of children, youth and adults. It also programs short courses oriented to literature, photography, and crafts, among others.

Guided visits. It promotes the visit of students from pre-school, primary, secondary and higher education, through the implementation of different modalities of guided visits, including training in values, historical reinforcement, and reflection on cultural issues. It organizes painting, essays, stories, poetry and photography contests, among others, in order to stimulate creativity and draw the attention of the local and national community about issues that privilege the democratic values of the Costa Rican nation. In addition, it takes into account customs and traditions and organizes competitions of portals, typical foods, and music rehearsals, among others.

Support for community initiatives. It supports activities of high educational, cultural and artistic content, promoted by the community or organized groups and facilitates its spaces for events aimed at promoting new values in the field of music, plastic arts, literature, and popular tradition. Rescue, preservation, and dissemination of historical memory. Special emphasis is given to the recovery of written and audiovisual documents of the life and work of Don José Figueres and of the History of San Ramón, with the aim of spreading his thoughts and promoting values that strengthen democracy and social justice.

Recitals, concerts, plays, and others. It presents shows of different musical manifestations and scenic art, of great national and international prestige, in which both established and new artists participate. Talks, round tables, and conferences. It organizes round tables, conferences, film forums, and debates on topics of national and international interest, which promote and strengthen democracy. 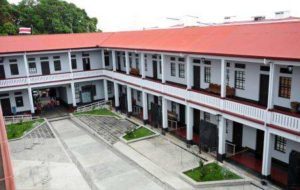 The Juan Santamaría Cultural Historical Museum (MHCJS) is an institution attached to the Ministry of Culture and Youth. It bears the name “Juan Santamaría” in honor of the national hero. It occupies the building of the Old Jail of Alajuela. By Law Decree No. 7895, dated July 30, 1999, it was also assigned the building of the Old Weapons Barracks, both built in the second half of the 19th century and declared Historical and Architectural Patrimony of the Nation.

On December 8, 1978, a formal and symbolic act was carried out that began the process of remodeling the building that occupied the old prison, headquarters of the Museum. The remodeling of this building was in charge of the Club de Leones de Alajuela. The work lasted from January 1979 to March 1980. The Museum’s collections are made up of materials that testify historical aspects related to the Central American war waged against the invading filibuster WilliamWalker in 1856-1857: oil paintings, portraits, documents, weapons and various objects linked to this heroic deed.

The Museum has assumed its task as a civic and community commitment center. For its work of cultural promotion, it has been the subject of various awards. Among the main functions of the museum include keeping in force in the collective memory of the Costa Rican people in the heroic deed carried out against Walker, it is also responsible for assuming a value function of the cultural heritage and provide alternatives for the enjoyment and the community participation in the history, education, art and cultural in general.