The protection of Costa Rica’s biodiversity is increasing, mainly for its rivers, which want to be used for hydroelectric reservoir projects, but what many people ignore are the damages that these projects can cause. 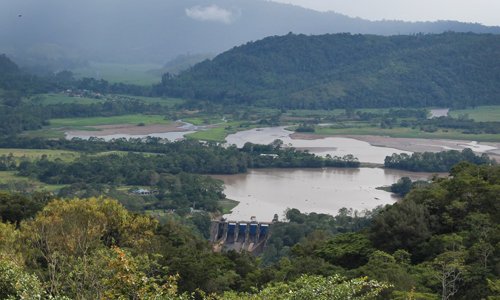 It is a struggle of years, that today experts from the “Environmental Kiosks of the University of Costa Rica” (UCR), the “Ecological Federation” (FECON), the “Voces Nuestras” Association and even the “Social Pastoral”  of the Catholic Church, are raising the alert to the general population.

The Environmental Kiosks are part of a socio-environmental program of the University of CR; the Ecological Federation (FECON), better known as a permanent organization for environmental conservation; Voces Nuestro Association, a non-profit organization that functions as an educational communication center and the “Caritas” Social Pastoral of the Catholic Church, all have continued to support efforts to achieve a more just and equitable society.

About the hydroelectric project on the San Rafael River in Pérez Zeledón. 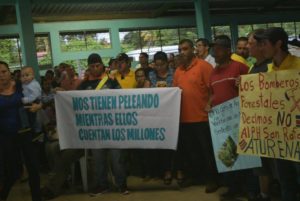 A few days ago, the “Ríos Vivos” (living rivers) movement celebrated that one more river was safeguarded in Costa Rica. Six years of insistence culminated in the guarantee that a hydroelectric reservoir will no longer be constructed on the San Rafael River in Pérez Zeledón and will continue to flow freely.

The Ríos Vivos Movement showed that this project was not necessary and would also generate negative effects for the surrounding communities and the country. Despite alerts from the Ríos Vivos Movement, the Costa Rican Institute of Electricity signed the Connection Contract with the company H. Solis for the San Rafael hydroelectric without having been approved the necessary environmental permits. That is why a petition for annulment was presented to the Minister of Environment and Energy, Carlos Manuel Rodríguez, to deny the project a condition of “National Convenience” because it was considered harmful to the community of Pérez Zeledón.

According to Luis Monge, a member of the Ríos Vivos Movement, in 2013, they started a struggle that they were losing: stopping 17 hydroelectric projects, to have been carried out under the laws of opening electrical generation to private markets; approved in the governments of José Ma. Figueres and Oscar Arias, coincidentally both belonging to families that participate in the private generation.

These projects would be developed by large companies and powerful family groups. The movement to stop these projects had against it the legal framework, powerful political and economic groups and even the same official institutions, such as SETENA, ARESEP, ICE, and even the Municipalities which historically had fulfilled a role of “Facilitator” for these types of projects.

The particular fight against San Rafael Hydroelectric project was a process that, in the opinion of members of the Ríos Vivos movement, demonstrated the levels of interference and corruption promoted by private companies, processing projects with superficial and false environmental impact studies, without consulting the communities or even trying to bribe them; sometimes presenting irregular permits from the communities.

We have emphasized the actions of the Ríos Vivos Movement, but perhaps you do not know who has been behind this Costa Rican environmental initiative, which today is considered as, an example of the power that an organized community can have. Each environmental organization has focused on an experience-oriented model through the resistance that can be constituted in the communities.

Through the support of allies mentioned above, such as the Environmental Kiosks of the UCR, the FECON, the “Nuestras Voces” (Our Voices) Association and in the beginning even the Social Pastoral of the Catholic Church, have made great decisions in favor of protecting our rivers.

“Ríos Vivos”, ended up being a network of experts in bureaucratic paperwork, to discover the multiple irregularities with which the advances in hydroelectric projects were being approved; and constituting independent resistance cells. But at the same time, being able to take advantage of the knowledge acquired by the Movement as a whole, building strong relationships among different people and communities for a united cause.

Now, from The Costa Rica News, we want to help you understand what is beyond the Ríos Vivos movement.

Why did Costa Rica cancel the construction of the largest hydroelectric plant in Central America in 2018?

The Costa Rican Institute of Electricity (ICE) canceled at the end of 2018, an old project that proposed the construction, in the south of the country, of the largest hydroelectric plant in Central America; whose plans, born in the seventies and updated in 2006, were now discarded due to their high cost and market reasons, associated with the low growth of electricity consumption in the Central American country and the fact that 99% of the electricity generated in Costa Rica comes from renewable sources, one of the highest rates on the planet.

During the I Institutional Forum held in 2014, where government, private, academic and environmental sectors met to discuss the electrical development of Costa Rica a strong debate was generated referring to the exclusion of rural and indigenous communities from the state-driven development plans and private energy managers. 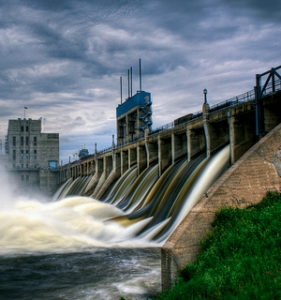 The biggest confrontation was that: “the true impact of hydroelectric projects is still unknown, but there is evidence of changes in the riverbeds where these engineering works are to be built,”  said Dr. Lobo, Professor at the School of Biology of the UCR. This academic expert expressed the greatest criticisms to the national energy model, pointing out that the governing and operational institutions have limited themselves to meet the growth of demand, without considering the negative aspects.

This biologist stated that the 5% annual consumption increase can be resolved through an aggressive energy-saving strategy in all sectors, and stimulating the import and use by the population of eco-efficient industrial and domestic equipment. Also exploring the use of alternative clean energy sources.

Every action has a consequence and the ones we are going to present to you some of the reason why environmental organizations have maintained their fight against hydroelectric projects:

* It eliminates communal water sources, whose supply is affected permanently or for long periods.

* Destruction of traditional recreational and touristic sites in many communities.

* Large reservoirs alter the downstream channels and produce a large number of greenhouse gases due to the decomposition of plant matter and sediment accumulation.

* The reduction of water channels alters the habitats of wildlife due to the change of water temperature, current speed, and depth. There is no scientific evidence that the minimum “ecological flow” established for the maintenance of biodiversity ensures the subsistence of ecosystems.