The economic structure of Costa Rica lies basically in tourism, agriculture and the export of electronic equipment and services. The country significantly reduced poverty from 1950 to 1980, thanks to a strong impulse on the part of the State to the production processes for the internal market, as well as to the development of a strong social investment in education, health, electricity, telecommunications, and provision of water services, among others.

The Costa Rican economy is the tenth economy in Latin America in terms of nominal gross domestic product (GDP), eighteenth (after Uruguay and before Panama) and twelfth in terms of purchasing power parity prices (PPP) (after Panama and before Bolivia). Costa Rica has a per capita income of USD 13 192-GDP and USD 18 660 GDP per capita (PPA).

The reduction of poverty stopped during the crisis of the ’80s, and stagnated at the end of the ’90s, oscillating between 20 and 22% of the population. This stagnation began before the beginning of neoliberal policy policies, through which spaces have been opened up to private activities at the expense of many of the services previously provided by public institutions.

Although the economy and wealth have grown significantly, poverty stopped decreasing because the models oriented to the creation of specialized employment exclude people without university or technical training.

Thanks to their stable and developed economic base, Costa Ricans enjoy a higher standard of living than many other citizens of neighboring countries. Although Costa Rica’s economy is not as powerful as the US economy or the European countries, which undoubtedly pummeled their weight and were lucky enough to recover quickly from the global financial crisis. Costa Rica has a GDP of $ 71 billion, making it the 77th most powerful economy in the world and the 10th most influential in Latin America. 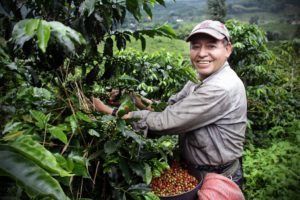 Considering that it has a relatively small population, this is a pretty impressive position. When the GDP results are adjusted to take the population into account, Costa Rica moves to 75th place and is just above the global average. This means that the development of the country extends quite evenly throughout the population, and that – for the most part – certain regions or sectors of the population have not been left

Despite this, around 25% of the population lives at or below the poverty line. Costa Rica has a fairly low level of unemployment, with only 7.9% of the population out of work. The active population is employed in a variety of sectors, but those working in the primary and secondary sectors produced $ 11.66 billion of the value of exports in 2013. About 30% of these products went to the US, with 13.2% more going to China. The same year, the country imported goods worth $ 17.56 billion, with almost half coming from the US.

History of the economy of Costa Rica.

Like the rest of Latin America, Costa Rica began as a Spanish colony, and its function was to produce goods to enrich the Spanish monarchy. The country was a haven during the colonial period, however, and to a large extent, it was not taken into account by the Spanish in their frantic search for gold. The result was a small economy, with the majority of the inhabitants practicing small-scale agriculture. 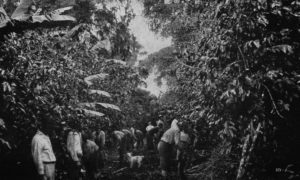 Neighboring countries had made huge fortunes, focusing on cash crops, such as sugar or tobacco, and after independence, the government decided that Costa Rica’s economy needed an update. They settled in coffee and of course, the export of this grain led to economic growth and a constant flow of money coming in. This was complemented by the growth of banana plantations on the Caribbean coast.

The export of commercial crops benefited many countries in the Latin American region and became the cornerstone of most of their economies. But the practice was a double-edged sword, however, and these countries became dangerously dependent on nonproduction.

This economic model had two main problems. First, when the overall value of the product was reduced, the country would experience a sudden and dramatic fall in revenues. The second problem is that often, the more developed countries would buy the raw products, transform them into finished products, and then sell them back to the Latin American countries at a higher price. Costa Rica was more aware of this problem than many of its neighbors and took steps to diversify its economy. Today only 7.6% of its exports consist of bananas and coffee, with 6.7% more coming from other fruits and vegetables.

The country has established itself as a leading producer of electronic circuits and pharmaceuticals, as well as medical instruments. This means that not only is the dependence on a single product decreased, but it also significantly increased the manufacturing of diverse finished products. These sensible policies mean that although the economy of Costa Rica was affected by the Global financial crisis in 2008, it recovered fairly quickly and in 2010 the economy was growing at 4% per year.

Costa Rica is the fifth best economy in Latin America to do business and ranks 61st in the world among 190 countries, according to the Dingo Business 2018 indicator (Ease to Do Business). Costa Rica implemented two reforms that improve its business climate which was to facilitate the registration of properties and to protect minority investors. To facilitate the registration of property, Costa Rica reduced the time needed to transfer property through several measures, including the introduction of effective time limits.

Ecotourism is extremely popular among foreign tourists who visit the vast number of national parks and protected areas that exist throughout the country. Costa Rica was one of the pioneers in ecotourism and is recognized as one of the few international destinations with true ecotourism options. In the 2018 Competitiveness Index for Travel and Tourism, Costa Rica reached the 44th place, being the first ranked among Latin American countries. 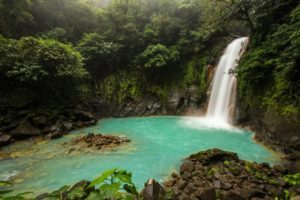 The competitive advantages to develop tourism ventures are in the area of human, cultural and natural resources, in which Costa Rica ranks 24th worldwide, and ranks seventh place when only the natural resources factor is considered. With revenues of US $ 1,900 million per year, the tourism industry, Costa Rica stands out as the most visited destination in Central America, with a total of 2.1 million foreign tourists in 2017. With 470 visitors per thousand inhabitants, Costa Rica has one of the highest rates of tourists per capita in the Caribbean Basin.

The majority of foreign visitors come from the United States and Canada (46%), and from European Union countries (16%), which allow the country to receive on, average approximately US $ 1000 per visitor, the value per visit highest in Latin America. In 2018, tourism contributed 9.1% of the country’s GDP and represented 14.3% of jobs (direct and indirect). Since the beginning of the 2000s, tourism generates more foreign exchange income for the country than the export of bananas and coffee together