When talking about tourism in Central America, it is almost mandatory to talk about Costa Rica. As a tourist destination, this country is a pioneer country in ecotourism, as well as in the exploitation and development of its natural resources in a sustainable way. It is located in what is known as the “Pacific Ring of Fire”, where there are numerous volcanoes, of which there are still many active and mostly surrounded by mountains and mountain ranges.

In the center of the country is the Great Central Valley, which is characterized by its fertility, and is where most of the population resides. Its name derives from the indigenous word “Cóquerrica”, which the Spanish conquerors simplified and translated as Costa Rica.

Here we want to mention 10 of those wonders that undoubtedly make this beautiful Central American country unforgettable for any traveler in the world:

Birds and vegetation. Bird lovers love to go to Costa Rica. Among the more than 800 species of birds that can be seen in Costa Rica; hummingbirds, macaws, colorful toucans, and elusive quetzals. It also has about 1,000 species of orchids -one of the most beautiful flowers on the planet- which abound in tropical forests.

Pacuare Lodge. This place was included in the list of the 25 best eco-lodges on the planet since it is a jungle lodge located in the Pacuare Protected Area. This is a tropical forest on the banks of the Pacuare River, one of the wildest rivers in Latin America. These facilities have luxury service and promote a lot the environmental awareness of their visitors.

Protected nature. Among the natural wonders to see in Costa Rica, we can mention its 17 national parks, in addition to the 7 biological reserves. Because of this and despite its relatively small size, it is the country with the highest percentage of protected territory, being a leader in the management of its natural spaces. That is, the 25% out of its total surface.

Biodiversity. This Central American country has 58 different microclimates and possesses 5% of biodiversity -set of diverse life forms- of the planet in just 50,000 km². In addition, it communicates 2 continents and 2 different oceans. Within its geography, you can find animals such as jaguars, tapirs, monkeys, coatis, sloths, among many others.

The Pacific Ocean. There are many beaches in Costa Rica, especially those located on the Costa Rican Pacific coast, with the Nicoya peninsula having the largest hotel infrastructure. This has the particularity of having white sand beaches and coral reefs, being a very attractive destination for surfers and privileged for foreign tourists.

The Caribbean Sea. The Caribbean coast has the largest barrier reef in the country in the Cahuita National Park and is a very special place for diving practitioners, but it is undoubtedly the Afro-Caribbean and indigenous population that make it different from the rest of the country.

Volcanoes. Due to its geographical location in the Pacific Ring of Fire, it has more than 100 volcanoes, of which 10 are still active. The most attractive ones are the Poás, the Irazú, the Rincon de la Vieja. the Turrialba and the Arenal, the most active and visited in the country.

Crafts and handcrafts. The cultural heritage of Costa Rica is, without a doubt, the true identity of the country. This is manifested in their crafts and handicrafts, as their design and manufacture prove it.

Rafting and canopy. For lovers of hiking and canopy, the mountainous geography of Costa Rica is abundant in rapids and waterfalls of its main rivers, which are also very crystalline, favoring much the practice of rafting. The Pacuare River is one of the best in the world for this activity, as well as other attractions that you will discover by being in such a wonderful place.

In terms of geographical spread, Costa Rica is a very small country. This makes it easy to travel through your territory in a short time, this being a very easy challenge to fulfill. In other words, you can have breakfast in front of the Caribbean Sea and, why not, dine in a restaurant facing the Pacific Ocean. All in just one day!

For this reason, if you have not yet traveled to this small but beautiful country, it is time to include it in your list of places to visit soon. Apart from the aforementioned, there are many other things that make it very attractive for tourists from all over the world.

In short, tourism is one of the fastest growing industries which generates more foreign currency (especially US$) than any other of the main export agricultural products. In many ways, Costa Rica is just there… only for you. 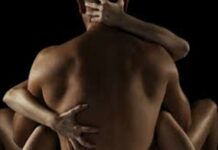 The Most Common Injuries When Having Sex 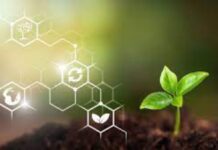