As a strategy to face the effects of the global pandemic by COVID-19 and the direct impacts on female employment, the Government of Costa Rica launched this past week the Gender Parity Initiative (GPI), a model of public-private collaboration of high level to reduce economic gender gaps.

The plan, led by the Vice President of Costa Rica, Epsy Campbell Barr, with the support of the Inter-American Development Bank (IDB), the World Economic Forum (WEF) and the French Development Agency (AFD), was announced during a virtual forum within the framework of the 75th session of the General Assembly of the United Nations (UN).

To this end, the IPG will implement – for a minimum period of three years – an action plan with eight measures of different nature, ranging from regulatory changes to awareness-raising initiatives that involve both public and private sector actors.

Among the priorities are the strengthening of care networks through the creation of new modalities and the development of alternative financing mechanisms, the promotion of 21st century skills for women and the promotion of a strategy to formalize employment. with special attention to those who are in a condition of informality and those who lost their income as a result of the global pandemic by COVID-19.

“Achieving gender equality in the labor market benefits not only women and society in general, but also the Costa Rican economy. International estimates indicate that closing the economic gender gap would increase the World Gross Domestic Product by $ 28 trillion by 2025,” said Vice President Campbell.

“For this reason, with diverse solutions, informed by evidence and agreed in a public-private way, we launched today the Gender Parity Initiative (GPI) to create an ecosystem that promotes gender equality and facilitates the economic participation of women in Costa Rica”, she added.

Participation of the President

The President of the Republic, Carlos Alvarado Quesada, highlighted during his speech that the IPG will have the accompaniment of more than twenty public institutions, social organizations and allies of the private sector, to have visible results during the first months of implementation.

“Our commitment to gender equality and the inclusion of women in all sectors of society is reflected in this type of project, which will undoubtedly pave the way towards a much more egalitarian society,” he said.

For her part, the Minister for the Status of Women and executive president of the National Institute of Women (INAMU), Patricia Mora, recalled that according to data from the National Institute of Censuses and Statistics (INEC) the female unemployment rate in the country reached to 30.4% (268 thousand women) and that in the labor market women obtain an average remuneration 11% lower than that of men, calculated on the monthly gross income.

“That is why we have insisted on the need for any economic recovery measure to take into account the differentiated impact between women and men, and to include care as a fundamental issue in the development of all public policy. We applaud this initiative, as it emphasizes the high points of the crisis: care, employment and skills to face the new reality,” she said. 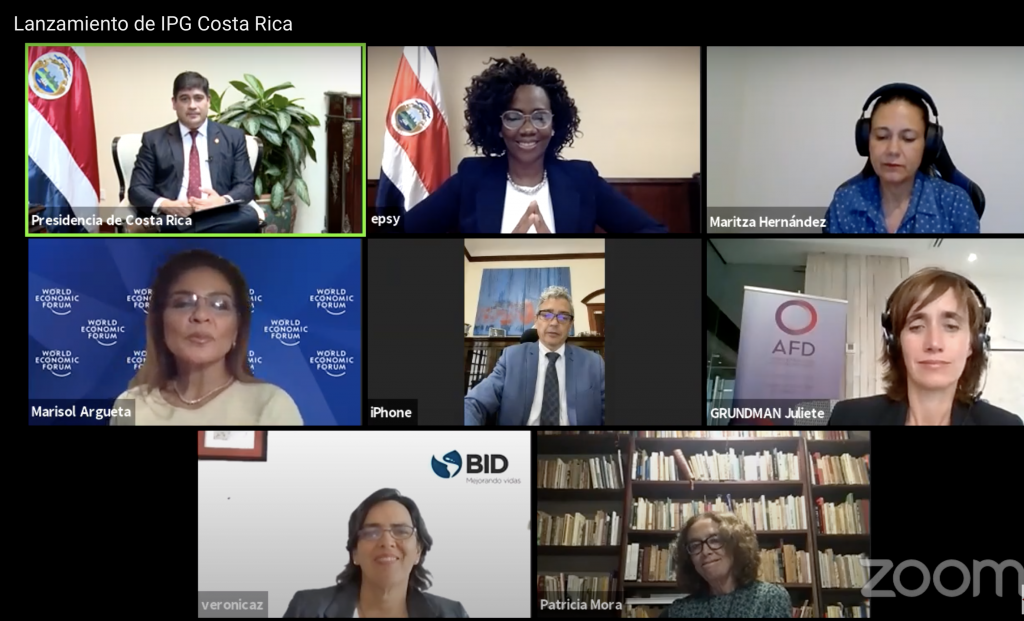 “Gender gaps have increased considerably in light of the health situation in the world and, therefore, our efforts to reduce them must also increase. Public-private partnerships are essential to crystallize results. At the IDB, we are sure that the example of the sectors that are already part of this initiative in Costa Rica will encourage many more to join the cause of gender parity and adopt more inclusive and egalitarian policies and practices,” she said.

A Costa Rican environmentalist will row 200 km in the Gulf of Nicoya to raise awareness about ocean pollution.
TCRN

How to Strengthen Your Immune System