Costa Rica is exhibiting at the “Vakantierbeurs International Fair” since last Wednesday, and during 5 days, the most outstanding of its varied and wide tourist offer including sun and beach, adventure, closeness with nature, wellbeing in the style “Wellness Pura Vida” and meeting tourism. Vakatierbeurs is one of the most important fairs in that European country, one of the most important markets from the old continent.

This fair, aimed at the general public, takes place in the city of Utrecht from January 9th-13th. It is the 1st fair of the year in which the Costa Rican Institute of Tourism (ICT) participates together with the representation of the national private sector. It is part of the program of International Fairs of the ICT.

The stand occupies a space of 100 square meters and is endowed with an outstanding decoration on the essence of Costa Rica in which a series of giant-graphics stand out, as well as large format screens to share with the audiovisual assistants of the places and activities that cannot be missed. Costa Rica. In parallel, the fair area includes negotiating tables and customer service.

The head of Promotion confirmed that, in 2018, Costa Rica added more than 30 thousand arrivals of tourists from the Netherlands. That figure represented a growth of more than 8% compared to the previous period (2017). Also worth mentioning, it is the direct connection via San José – Amsterdam that currently exists with the airline KLM, as well as the increase of direct flights to Europe.

The characterization of the profile of the Dutch tourist made by ICT, the main reasons for his visit to Costa Rica include the enjoyment of our beaches. The making of outdoor activities such as nature walks and hanging on canopy bridges; watching local flora and fauna; visiting volcanoes; and bathing in thermal waters, among others.

Rodríguez indicated that participation in international fairs is one of the most important actions for the institution, with a view to positioning Costa Rica as a tourist destination. “The fairs allow the exhibition of Costa Rica and its variety of attractions and activities to offer tourists from different geographic markets. It also allows an approach for the achievement of commercial agreements with strategic partners such as airlines, tour operators; and allows a trading platform for the companies that accompany us. ”

This year, the participation of ICT is projected in at least 20 of the most important international fairs with the aim of contributing to the promotion and positioning of Costa Rica. As a showcase, the main markets for tourists visiting our country from North America, South America, and Europe are selected. The program includes participation in public fairs, dedicated to professionals specialized in tourism, meeting tourism, and others.

The next international tourism fairs in which Costa Rica will participate, during January and the beginning of February 2019, include FITUR in Spain, the New York Times Travel Show in the United States, and FESPO in Switzerland. 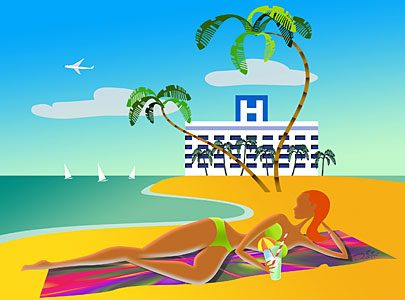 At 84, Celina García Graduates from the UNED