Thanks to an investigation carried out by the South Korean scientist Kim Seung Kyu, it was concluded that 90% of the table salt sold globally contains microplastic, that is, plastic fragments less than five centimeters long. 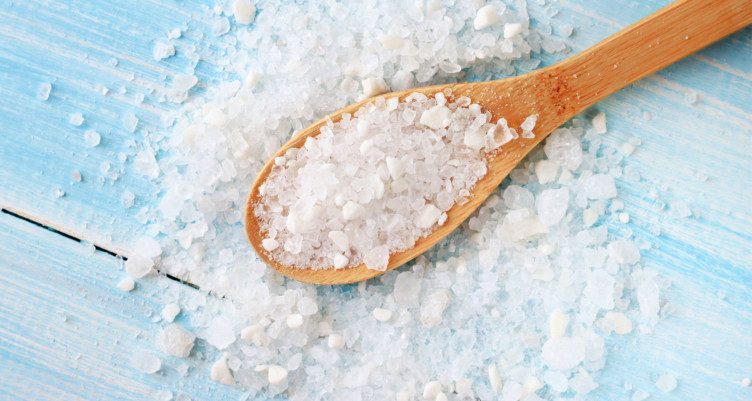 To carry out this study, he analyzed 39 processed salt samples from 21 countries on 6 continents and the most amazing thing is that only three specimens did not contain micro plastic particles. In addition to that, the study also conducted that marine salt is the most contaminated with that substance. It was also found that the largest amount of micro plastic is found in the salt that is native to Asia. This study also led to the conclusion that with the consumption of 10 grams of salt per day, an adult could invest approximately 2,000 uggs. of micro plastic each year.

A few years ago, some news articles started circulating around the world that micro plastic had been discovered in sea salt, although in spite of this finding, it was not clear if this micro plastic could extend to the table salt we all use to season our daily meals.

These new findings suggest analyzing the geographic expansion of micro plastic in table salt and the relationship it has with the contamination that has been caused by the
disproportionate dumping of plastics, which mostly end up in the middle of the ocean.

What are micro plastics?

They are pieces of plastic with a measure of 5mm or less, which usually are generated from products of personal care, and are a result of the degradation of other plastic products. These materials of synthetic origin composed of polymers are petroleum derivatives, which cause a serious environmental problem.

There are more than 51 billion micro plastics pieces in the seas and oceans of our planet. The solution to attack this problem and for now the clearest and most obvious is the dependence on plastics and stopping plastic pollution from its origin. The problem with micro plastics is that they are toxic, abrasive, and difficult to treat in the filtering, purification of sewage in treatment plants, due to their small size. Therefore these polluting particles end up being discarded to rivers, seas, and oceans causing serious damage to a large part of the natural environment.

The presence of micro plastics is practically invisible to the human eye, and that is why the majority of the population does not take into account how harmful they can be for those living beings that ingest it, from invertebrates to fish, birds and aquatic mammals. This waste has been accumulating uncontrolled in the environment for four decades and represents more than 50% of tons of plastic that are dumped annually into the sea.

What effect do micro plastics have on the environment?

As already mentioned, there is currently no adequate management for the processing of micro plastics in sewage treatment plants due to their small size. Many of the organisms that live in these areas or are close to them, especially fish, birds, mammals, and invertebrates are affected by micro plastics.

Micro animals ingest microfibers and suspended microspheres believing that it is food since normally there are organic remains in suspension from which they are nourished. These beings are subsequently ingested by other fish, mollusks, birds and larger mammals, with which the micro plastics are accumulated in the digestive system of the human body and exceed the limit of safe tolerance to the toxicity of these components.

To finalize we suggest that, us, as ordinary citizens can take certain measures to avoid this kind of contamination by being organized to be on the alert which are the products that contain these pollutants and thus avoid buying them, also contributing to clean up the pollution our oceans and seas.