The Government of Costa Rica has decided to facilitate entry requirements in...
Read more

Costa Rica today satisfaction for the early entry into force of the...
Read more 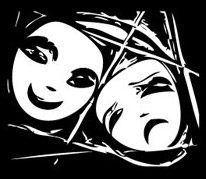 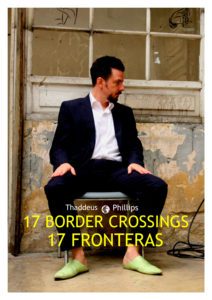 border crossings into a dramatic examination of imaginary lines, arbitrary passports and curious customs. It explores a world opened up by the fall of the Berlin Wall on 11/9/89, sealed off by the events of 9/11/01, and reimagined after the protest of Mohamed Bouazizi, the Tunisian fruit vendor who on December 17, 2010, said ‘enough is enough’ and thus started the revolutions that became known as the ‘Arab Spring.

The company tours extensively to theaters across the world. Phillips trained at DAMU in Prague and with Encho Avramov and the Czech director Josef Krofta. His work has been seen Off-Brodway at the Barrow Street Theatre and at New York Theatre Workshop, and in Seattle, Albuquerque, New Haven, Chicago, Denver, Philadelphia, Tampa and internationally in Spain, México, Holland, Czech Republic, Italy, Slovenia, Ireland, England, Scotland and Serbia.

Special arrangements and discounts are available for groups of 10 or more including post show discussions with the show’s creator, Thaddeus Phillips. Discounted “ Stay and Play in Jaco Beach “ vacation packages are available with luxury condos and hotels in Jaco. Visit our website http://www.oceanscenterjaco.com .

About Teatro Jaco
Teatro Jaco was founded by Darren Lee Cole, co-owner of the SoHo Playhouse in NYC and producer of hundreds of theatrical productions worldwide. This production is a joint partnership with Teatro Jaco and Patrick Hundley of DayStar Properties whose mission is to “Bring the world of entertainment to Playa Jaco” while inspiring local talent through funding arts programming and educational workshops for the Costa Rica Central Pacific region.

The Government of Costa Rica has decided to facilitate entry requirements in...
Read more
News

Costa Rica today satisfaction for the early entry into force of the Treaty on the Prohibition of...
Read more
Science & Technology

A new business concept will arrive in Panama, positioning the country as a...
Read more
News

The Costa Rican Tourism Institute (ICT) reported this Saturday that after a renewal of tourism products and a varied offer, it seeks...
Read more
News

The lawyer Mario Cerdas Salazar, defender of marijuana for recreational purposes, will face a trial as of October 26th for apparent cultivation and supply of the drug
Read more
- Advertisement -

The Costa Rican actress and singer Maribel Guardia premiered a program this Monday on social networks and she did it by telling a very hard topic, since she spoke of sexual abuse that she experienced when she was a child
Read more

The Costa Rican Surf Association (ACOS) is already working on the first High-Performance Center for Surfing in...
Read more

What Color Would You Paint The Bridge?

Psychological Test It is an experimental instrument that aims to measure or a...
Read more

Zaperoco Web Radio, a Project that is Consolidated in Latin America

During the COVID-19 Pandemic that we are currently experiencing, many of us have been quarantined, which is...
Read more
- Advertisement -