Costa Rica: Prototype for the Future? 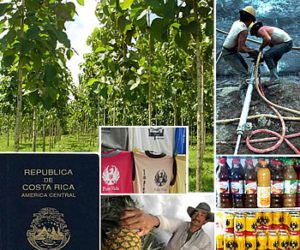 Most of us would have to get a map to know where Costa Rica is located. It is not a country that has been in the news. It has no army. It is not a country that has called attention to itself due to hunger and poverty because it has the ability to feed itself and has set up a sizable foreign exchange in agriculture and technology. The people are not revelers nor are they reclusive. More than anything else, Costa Rica is green (Spanish word: verde) and it is trying to become greener. It is not heaven but you can catch glimpses of it from the volcanic peaks, the pristine lake shores and the Caribbean and Pacific coasts.

I write this summary after a week of travel in the northwestern quarter of the country. I do not paint Costa Rica as an ideal place but the country is of interest as its social programs reflect the goals of many, more advanced economies. Costa Rica has seen economic growth since 2008 but its last president put the country into bad financial condition. A summary of their economic and social issues are revealed in this summary from The Heritage Foundation:

“Costa Rica has a strong democratic tradition, and per capita income is high by regional standards. However, former President Oscar Arias left the government’s fiscal accounts in shambles, increasing public spending to 20 percent of GDP and running up one of the largest deficits in Latin America–5.2 percent of GDP. President Laura Chinchilla, a social democrat elected in 2010, promised improved infrastructure, tax code reforms, and ‘green’ jobs, but the government is broke. It also has faced a border dispute with Nicaragua, and growing crime. A traditional producer of bananas, pineapples, and coffee, Costa Rica has benefited more recently from manufacturing investments in electronics and health care.”

The country is viewed as the 44th freest in the world but its position is fragile. Costa Rica has a continental border with 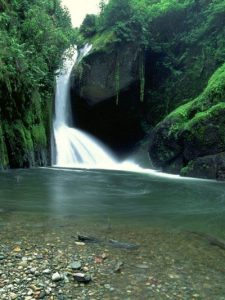 Nicaragua and faces both social and economic threats from its northern neighbor. Nicaragua just had a big ceremony to swear in former rebel Daniel Ortega for his third term as president. The Tico Times English language newspaper showed Ortega with Venezuelan President Hugo Chaves and Iranian President Mahmoud Ahmadinejad as they celebrated their bond of revolution and expressed anti-capitalist sentiment. Costa Rica has no army if Nicaragua wishes to move against them militarily but that may not be necessary as 200,000 Nicaraguans have already come into the country illegally to look for work. The homes in San Jose all look calm and peaceful but their fences, gates and windows have bars and rolls of razor wire offering a bristling defense against intruders.

What also attracts immigration is the public health care system that many in our country think is the prototype for the future. Costa Rica offers totally free health care to everyone. The challenge is that it costs 23 percent of their government’s income to finance. Our guide proudly stated that the country has an infant mortality rate of .008 percent, one of the lowest in the world.

Another 23 percent of Costa Rica’s government revenue goes to education. A remarkable 96 percent literacy rate shows the success of their long term dedication to this task. Also, Costa Rica elected Laura Chinchilla as president in 2010, showing that there is limited sexual bias in the country.

All of this indicates the people are healthy, educated and unbiased. From my observation they are also poor. The metal shacks barely keep the rain out during the seven months of the wet season but they do have one characteristic that brings me hope: They appear to be happy. The outward display does not seem shallow or forced but genuine. They work at their jobs, and their government provides services in their time of need. Unemployment is about 7 percent and inflation is about 5 percent. Not everyone lives at the same level; the hardest jobs go to the Nicaraguans in their midst.

The health care system is so sophisticated that U.S. insurance companies are contracting to have operations done in Costa Rica. Patients are flown there for several different types of surgeries because the cost is cheaper than in the U.S.

Costa Rica has a growing technology sector that may become a major contributor to their exports. Intel developed and is making silicon chips in advanced factories using Costa Rican labor at all levels.

The country has a bond with the United States that is unusual. After abolishing its army in 1948, Costa Rica stood as a model of pacifism. A group of Quakers in the eastern U.S. defied the draft in 1951 and some were imprisoned. The religious group left our country and moved into Costa Rica, cutting roads into a remote area and setting up an agricultural community. Their descendants remain today, raising cattle and making cheese in the highlands.

Costa Rica views itself as a nature preserve. It has many climate zones, from coastal to cloud forests. The country allows no hunting. Wildlife is everywhere and the flora and fauna is some of the most beautiful and complex in the world. Recycling and “green living” are the norm here and quite challenging for American tourists who think the toilet paper should be flushed rather than placed in a separate basket for recycling.

Obviously, tourism is a growing part of Costa Rica’s economy and that may be their undoing if too many people find it too attractive in the years ahead. For now it is a country founded on peace and showing it can exist alongside unstable and warring neighbors. It is a country to visit or at least to watch as it attempts to balance social, economic and environmental issues while searching for an elusive quality of life that most countries have failed to achieve.