What Happens When U.S. Taxpayers Expatriate to Costa Rica?

Why both Women & Men Should Massage Their Breasts

It is difficult to explain what it feels like to be in love. Then it is more difficult to decipher if it is true love
Read more
TCRN STAFFhttps://www.TheCostaRicaNews.com
Creating a Conscious alternative news network that we feel the world needs. Pura Vida!

Depending on who you talk to, the term “expatriate” may have slightly different meanings.  For most people, an “expatriate” is any person living for an extended period in a country different from the country where they are a citizen.[1] In U.S. tax parlance, however, “expatriation” means the renunciation of U.S. citizenship or long-term residence.[2]

The I.R.S. currently taxes U.S. expatriates under two tax regimes, based on when they expatriated.  Until June 16, 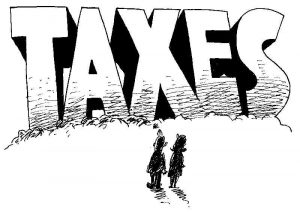 2008, expatriates were subject to the effects of Internal Revenue Code Section 877.  Under Section 877, individuals who expatriate from the U.S. are subject to U.S. income tax on U.S.-source income for 10 years after expatriation.  Due to this extended taxation period, Section 877 will continue to control the U.S. taxation of a number of erstwhile U.S. citizens and residents through June 16, 2018.

As with most U.S. tax provisions, Section 877 is honeycombed with exceptions and hidden rules.  The most notable exception has to do with average annual taxes paid and net worth.  In a nutshell, Section 877 only applies to individuals who had either: a) average annual income taxes of greater than $124,000 for the five years preceding expatriation; or b) a net worth of $2,000,000 or more on the date of expatriation. 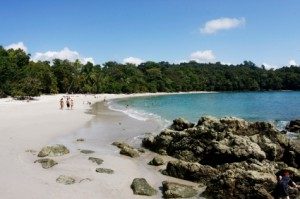 For U.S. citizens who expatriate on or after June 17, 2008, Section 877A replaces the 10-year taxation regime of Section 877 with a more streamlined “exit” tax.  Under Section 877A, a U.S. citizen who renounces U.S. citizenship, or a long-term U.S. resident who abandons U.S. residence, must recognize gain (or loss from all property, wherever located, as though the property had been sold on the day before the expatriation date for its fair market value.[3]

Section 877A also provides a significant exception that helps out lower net-worth expatriates.  When calculating the amount of gain (or loss) from U.S. property that occurs in this hypothetical sale on the day before expatriation, Section 877A allows the expatriate to reduce their gross income by $600,000.  Put another way, if you are U.S. pensioner living in Costa Rica on a modest fixed income, then you will probably be able to disregard this article and go back to living la pura vida.

You might be asking yourself, “What should a person do if they are planning on expatriating from the U.S. in the future 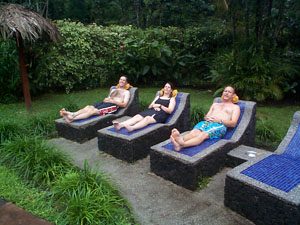 and do not want to pay the U.S. ‘exit’ tax?”  One possible solution to this dilemma is to set up an offshore, discretionary trust whereby the U.S. citizen/soon-to-be-expatriate relinquishes control of their funds to an offshore trustee, and in so doing no longer has property rights[4] to such funds.  This seemingly simple solution is rife with controversy and must be done in exactly the correct fashion to avoid having it explode in your face.  I will spend a considerable amount of time in future articles discussing the pros and cons of various trusts as well as other asset protection strategies.  Unfortunately, the field of asset protection is permeated with charlatans and ne’er-do-wells who will greet you with one hand while emptying your back pocket with the other.  Sometimes the simple approach to asset protection is far better than the “sexy” and complicated offshore trusts being peddled by the international equivalent of the used-car salesman.  Hopefully, I will provide you with the tools necessary to decide whether a certain strategy will work with your situation.

What got us this far

to to this mild equator?[5]

Marion A. Keyes is a U.S.-based tax attorney who focuses on International Taxation, Asset Protection, and Estate Planning.  He speaks English and Mandarin Chinese fluently and has enough Spanish that he has talked his way out of Costa Rican speeding tickets on no less than three occasions (“Me encanta este pais.”).  Marion can be contacted via his website at www.taxlawgeek.com where he blogs on a number of tax law issues.

[4]As the U.S. courts understand “property.”

Why both Women & Men Should Massage Their Breasts

It is difficult to explain what it feels like to be in love. Then it is more difficult to decipher if it is true love
Read more
News

Currently it was announced that Costa Rica proposed to the Central American countries a pilot plan to continue the exchange of commercial goods in the region in a safe way, while the COVID-19 Pandemic crisis continues
Read more
Economy

Resonance Costa Rica, “Working Online”, An Excellent Option For You In These Changing Times

Resonance The world has taken a huge turn in the face of the arrival of the Covid-19 pandemic,...
Read more
- Advertisement -