The customs and traditions of Costa Rica give an account of a happy country that, not in vain, is ranked among the first places in the “Happy Planet” Index.

Costa Rica is located between the Caribbean Sea and the Pacific Ocean. It is famous for its fresh seafood and its coffee. Its inhabitants, of multi-ethnic ancestry share very rich cultural manifestations including dance, legends, string songs, colonial instruments, and traditional songs. The culture of this country owes its wealth to Indigenous, European, Afro-Caribbean and Asian influences. This is the reality that gives this country its greatness. 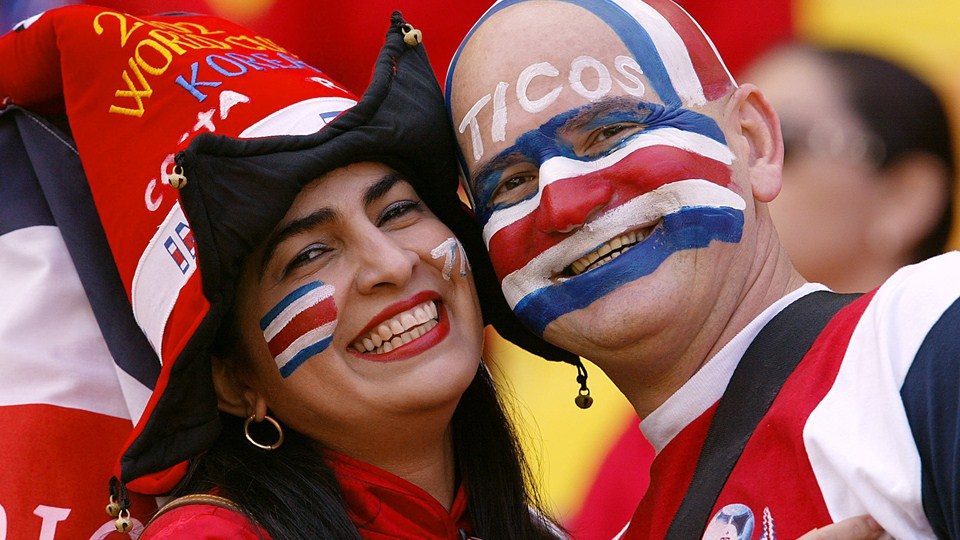 Food expresses the culture of a country and often accompanies the traditions of a territory. Costa Rican cuisine has many elements present shared by most Latin American cuisine and is characterized by including a wide variety of fresh fruits and vegetables. It is a fantastic conjunction between the Aboriginal, Spanish and African culinary customs, resulting in a mestizo cuisine with strong flavors, aromas, and contrast.

Among the foods that make up the Costa Rican tradition are:

San José, the capital, is the cultural center of Costa Rica and has a growing network of theaters and museums. It is a modern city with bustling trade and abundant energetic expressions of art and architecture. The city of Alajuela, in the central valley, and the city of Limón, on the Caribbean coast, are also popular destinations.

Costa Rica received the printing press in 1830. Its literature has given, in addition to beautiful traditional pieces, unique essayists and prose writers in the first half of the twentieth century. Social novels such as those of Carlos Luis Fallas, and recently his modern poems, stand out.

The founding painters of nationalism left a deep mark on regional aesthetics, and the leap to accelerated modernity was given by the generation of Francisco Amighetti. Besides that, Costa Rica has had renowned portrait painters such as Enrique Echandi, Gonzalo Morales Alvarado and Gonzalo Morales Sáurez. Other pictorial artists of importance in Costa Rica are Rodolfo Stanley, Fernando Carballo, and Rafa Fernández.

The country also has a strong sculptural tradition that has its roots in the spherical stone, sculptures in stone, jade and pre-Columbian ceramics, a legacy that has been later cultivated and continued by sculptors such as Francisco Zúñiga, Juan Manuel Sánchez, Domingo Ramos, José Sancho, Max Jiménez, Ibo Bonilla and Jorge Jiménez Deredia.

However, Costa Rica, today presents a large number of artistic veins including music, dance, theater, film, film and television productions, visual arts and literature. You can find out about the programs that the Ministry of Culture and Youth offers so that people can enjoy all the cultural options.

Traditions and customs of Costa Rica

It is another of the Costa Rican cultural expressions. It consists of capturing crocodiles during Holy Friday and has a history that already exceeds 150 years. It occurs in Ortega de Bolsón, Guanacaste and was initiated by the need that the “finqueros” (cattle ranchers) had for protecting their cattle from the crocodiles, but later there was added another reason: the belief that the fat of this reptile has healing properties in cases of asthma and rheumatism. The path followed by hunters usually refers to the channels of the Tempisque River. They are armed with clubs and nets.

When finding the dens of the crocodiles they begin to throw shovelsinto the water to corral them or to force them out. This work can take up to 6 hours. When the animal is finally trapped, they tie it up and take it to the center of town. To announce it to all, the sirens of the cars begin to sound. Already in the center, the crocodile is exhibited for one or three days, after which it is released near its burrow.

Although previously it was done, the crocodile is not currently killed because it is an animal in danger of extinction. The Ministry of Enviroment of Costa Rica demands that it be returned to its cave three days later after the capture. Originally, only experienced “lagarteros” (crocodile hunters) participated in the hunt, but now many people from different parts of Costa Rica are involved in the activity.

For some, it is a way to commemorate the sacrifice of Jesus Christ, because the crocodile was a sacred animal for the Chorotega indigenous people, native inhabitants of that area. In fact, at the beginning of this tradition, crocodiles were exhibited until Easter Sunday, the day they were slaughtered and cut for their medicinal use.

It is a celebration in which students of primary and secondary schools, make lanterns to take them in a parade along with their parents through the streets of San José on September 14. This date is on the eve of the celebration of the independence of Spain. Another part of the tradition is the nationally televised message made by the President of the Republic together with his government cabinet at six in the afternoon of that day to sing the national anthem.

It is a procession that begins before August 2, from any point of the country to the “Basilica de Los Angeles”, a Catholic church located in downtown Cartago. However, the largest number of people leave the city of San José, capital of Costa Rica. The goal is to travel almost 22 kilometers before August 2, to arrive at the Mass celebrated that day by the Archbishop of the Diocese in the Basilica, in honor of the Virgin of the Angels, patron saint of Costa Rica since 1824.

It is a multitudinous march that summons thousands of devotees who come to give thanks for the favors received. The most common penance is to go on your knees from the entrance of the temple to the altar. The name of this religious festival is due to the fact that the date of the appearance of the image coincides with the Franciscan celebration of Santa María de Los Ángeles.

Origin of the pilgrimage

This celebration originates in the legend of the appearance of the sculpture of a woman with a child in her arms in a black-colored stone of about 20 centimeters, composed of an alloy of jade, graphite, and andesite.

According to the story, in 1635 an indigenous woman named Juana Pereira walked into a forest near the spring at “Puebla de Los Pardos”, and found the stone and took it home. However, the stone reappeared in the same place in the forest. This was proven by Father Alonso de Sandoval, who interpreted the event as something supernatural and “understood” that the image of the Virgin Mary wanted to be there and they built a hermitage that over the years became a Basilica.

That stone of the legend is today in the Basilica, crowned with stars on a pedestal with the figure of a half world sphere and a Lily with a small angel on each of its six petals and a half moon on top. At the foot of the pedestal rests the shield of Costa Rica and that of Cartago.

For some, it is an event that contains a religious syncretism elaborated to satisfy the spiritual needs of the “Ticos” of the time and that later would serve to develop the Costa Rican idiosyncrasy. But it has become one of the most significant and multitudinous religious celebrations in Costa Rica.