As it is well known, since 2007, Costa Rica dominates the world’s pineapple market, thanks to the MD-2 variety (better known as “Sweet Gold” or “Golden”). Its pronounced sweetness on the palate, its perfect shape on shelves, and gondolas in Europe or the United States several weeks after being harvested in Costa Rica, and the persistence of the intense yellow color of its pulp, are just some of the aspects that explain this success world (and that is why it is advertised as a true “national pride”).

The appetite aroused and the voracity of some seem to have no brake. In this note in French, from 2016, about the world pineapple market, entitled ‘Marché Mondial de L’ananas Frais’, the author pointed out that:

What gradually begins to clarify the consumer (in particular the European, much more critical and demanding than the American), is that behind this resounding success in the world market for fresh fruit, Costa Rican rural communities do not they are mostly benefited by the rise of pineapple, directly suffering the ravages of an uncontrolled expansion that the State itself has favored. It is the same State that must compensate (for example, with tank trucks with drinking water, reconstruction of aqueducts, rural roads, not to mention medical attention to affected populations) the various damages caused by MD-2.

Extremely generous, this same State seems to have disinterested in the application of the “polluter pays” principle when it comes to pineapple, as it has not filed any criminal or civil action against those responsible for pineapple companies causing the most diverse damages. Rather, the “Sweet Gold” has given rise to some originality on the part of some health leaders: many still keep in mind the proposal, quite unusual, supported by the Ministry of Health itself in 2008, tending to legalize in Costa Rica small amounts of Diuron and Bromacil in the water for human consumption.

Impact on soils, contaminated water sources, schoolchildren and school teachers breathing pesticides irrigated a few meters from their educational centers, chemical substances used in Costa Rica on a large scale despite their prohibition in other latitudes, public universities warning about the lack of capacity of the State in matters of control, are just some of the aspects mentioned in these reports published in Germany, France, or the United Kingdom (UK).

The last report of the State of the Nation (2019) now comes to show something that the authorities apparently did not know: the pineapple is being introduced into national parks, without any alert coming from public entities in charge of its protection and protection (See 2019 report entitled “La Piña in Costa Rica: locating environmental conflicts in Protected Wild Areas and Wetland Ecosystems”). At a time when satellite photos are part of the State’s tools to monitor what happens in certain areas, it is somewhat surprising that no public official has had access to photos that the State of the Nation did have access to.

This is not to mention the problem of the proliferation of the stable fly caused by the mishandling of pineapple stubble, and that devastates the surrounding cattle, plunging peasant families and small ranchers into greater difficulties; as well as the system of labor exploitation of Nicaraguan labor in an irregular situation, sporadically the subject of some report in Costa Rica, and which has instead interested several international NGOs in the field of fair and sustainable trade, including one of the most renowned as Oxfam.

An important Costa Rican digital media recently offered a young professional the space to teach a true chair of investigative journalism on pineapple for the other media newsrooms in Costa Rica: which, for some strange reason, remain unchanged in relation to to the negative effects of pineapple expansion.

During the last electoral contest lived by Costa Rica in 2018, Dr. Allan Astorga, former Secretary General of SETENA and renowned specialist in environmental evaluation, wrote in relation to pineapple:

“The MAG census of 2015 of the MAG indicating the existence of 37,200 hectares of pineapple should be compared to a recent study with satellite photos in which they amount to more than 58,000 hectares; a difference that shows the little control and control of the State, and the scope of a monoculture implanted with force from 2007 and that must be considered as a true social and environmental shame”. 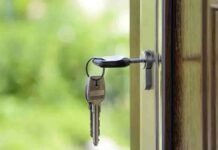 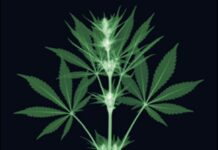