“And why, having more evolved worlds, did I have to be born in this one?" "And is it not that in this world there are more and more people and fewer decent people?" "It turns out that if you don't rush to change the world, then it is the world that changes you!"

All these reflections and existential questions about the world are from “Mafalda”, the cartoon of the Argentine girl created by the cartoonist Joaquín Salvador Lavado Tejón, better known as Quino, who died this Wednesday at the age of 88.

Mafalda was a curious girl who was always concerned about humanity and aspired to be an interpreter for the United Nations when she grew up, probably and precisely, to save the world. Her comics were full of humor, but also of concerns about inequality and injustice. But a phrase about the world that is perhaps the most famous attributed to Mafalda is false.

We refer to: “Stop the world that I want to get off.” 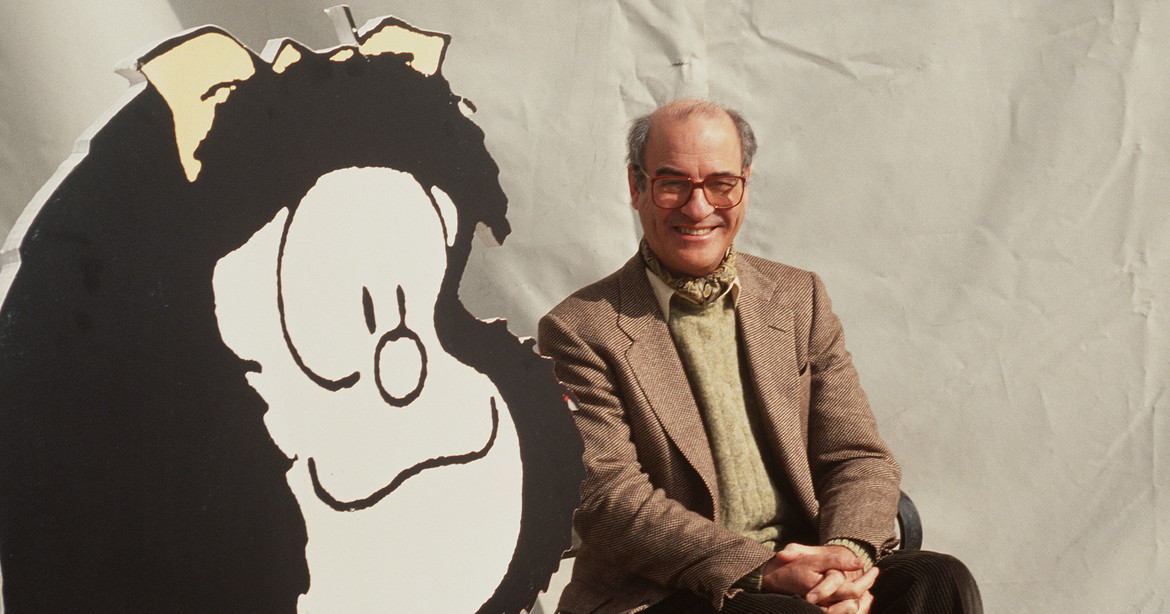 The phrase in question and the cartoon of Mafalda crying with a globe next to her is a typical postcard of this girl that appears repeatedly on social networks. But neither the drawing was made by Quino, nor did he put the phrase in Mafalda’s mouth. And it was the same cartoonist who denied it in 2012.

The cartoonist Quino published more than 60 books during his life and Mafalda’s comics were translated into at least 30 languages. Its editor for 50 years and lifelong friend, Daniel Divinsky, tells that “more than half (of the phrases found on the internet about Mafalda) are false.” “It is clear that Mafalda was used for any content,” he adds.

When asked if they ever took legal action, Divinsky said that “Quino tried when a political use was made of Mafalda for a candidate for mayor of a city whose ideas he did not share.””And he spoke very energetically because they had used the image of Mafalda with the light blue handkerchief that identifies people who are against the approval of the law for the voluntary interruption of pregnancy in Argentina, he described.

It is really a mystery why this apocryphal phrase ended up related to the character of Mafalda. What is known is that thanks to the internet, she became so famous.

“The way in which urban myths are created is absolutely mysterious, sociologists have tried to unravel it and the root is rarely found. It starts to run, it imposes itself and the false remains as truth with the passage of time“, analyzes Divinsky.

“What bothered Quino the most was the use (of Mafalda) for ideas that he did not share. Nor did he admit that it was redrawn even for the covers of books for reasons of graphic design,” says the editor.

“Sense of freedom and justice” 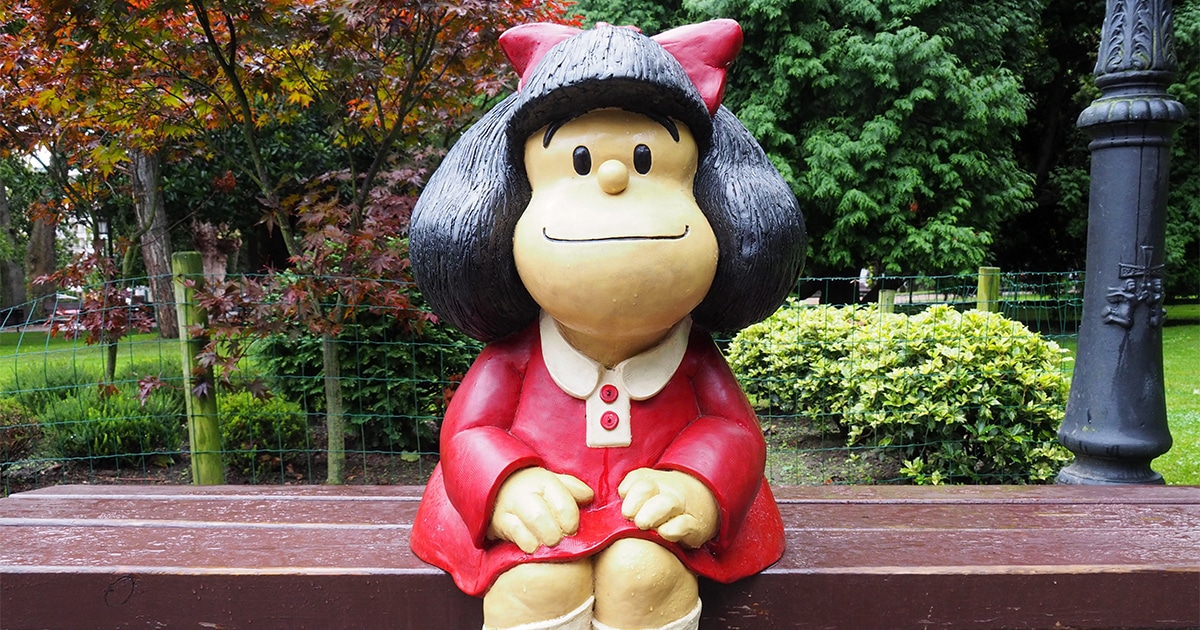 In 2014, when the character turned 50, Quino participated in a national reading project of the Argentine government in which hundreds of thousands of copies of Mafalda were distributed in schools.

“I never like to feel proud of what I have done or anything like that, but this time the truth is that I did it. It is a pride for me that a work that one did with great affection always spreads in this positive way,” he told journalists then.

“I believe that (Mafalda can give children) a sense of justice and freedom. And that we must educate ourselves and (defend) equality, and that together we can make a better country,” he added.

In addition to this false vignette, which circulates more frequently on social networks since Quino’s death, there are many others that appear on the internet.

These fake drawings contain texts that can be very inspiring and thought-provoking, but that never came out of the dialogues of this unique girl’s comics.

Mafalda would probably tell you: “Today I have learned that the truth disappoints people.”

SourceTCRN STAFF
ViaHéctor Méndez
Share
Facebook
Twitter
WhatsApp
Linkedin
Email
Previous articlePresident Of The Republic Calls For Dialogue And Announces That The Initial Proposal To The Imf Will Not Go Forward
Next articleGeneva, Switzerland will have the Highest Minimum Wage in the World
- Advertisement -
- Advertisement -

The Cocoa of Our Tico Land