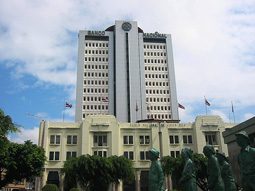 According to the new president of the board of the National Bank, Alfredo Volio, the National Bank will be tasked with helping the revival of the national economy through increased credit placement in hurting areas such as tourism and construction.

The president said after the standoff (during which time the bank remained board chairman), reposition the institution in promoting the country’s economic revival. According to Volio, supporting distressed sectors such as tourism and construction will boost employment, he continued by also saying he would do everything it can to find the appropriate instrument to finance the construction of public works.