Movies Made in Costa Rica: We Bet You Did Not Know It!

When Hollywood Moves to Costa Rica

Costa Rica may not have a big film industry, but several film productions were made here or the movie plots were set in the country, putting the eyes of the world in this unique place.

Thanks to its natural wonders and variety of locations, Costa Rica is attractive to filmmakers for developing their story plots and also locate scenes in the country, bringing their experiences and sometimes hiring local crews.

Also these films have been a kind of publicity for the country, becoming a reference to others movie producers and to people who want to come and see the country after watching it in films.

The neutral weather in Costa Rica also is an advantage for developing movie productions all year round, and the well established touristic platform of hotels and other accommodations for the international crew makes it an ideal choice for film making.

Also the country is recognized by almost all movies made here as a wonderful site, full of beaches and nature which can be explore by all.

Here are some of the most important films made at or related directly to Costa Rica:

The actions in this film take place in Costa Rica, according to the script, a student steals a gaming web site and flees to here, and then the bad guys come looking for him in revenge, getting involved in a corrupted system.

Some controversy was formed among Costar Ricans because the bad image the picture gave the country, representing it like a place with a system full of  corruption, prostitution, gambling, and not respectful of law and order.

The scenes were filmed in 2012 between Puerto Rico and Costa Rica, among the actors appearing were Justin Timberlake y Ben Affleck.

This movie wasn´t filmed in Costa Rica, but according to the script in all the films from the franchise, the park and the dinosaurs are located here.

Some scenes of this science fiction film with Will and Jaden Smith were shot at La Fortuna, San Carlos and Sarapiquí, and was directed by M. Night Shyamalan in 2011.

This picture about the possible situation arising after a natural extermination of humans and the start of a new civilization brought to Costa Rica the actors for two weeks, but the film crews were here for two months. 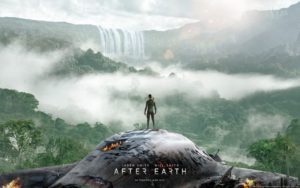 This piece of the big screen was shot in 1995, it shows the point of view from a scientist and a businessman to the Congo.

The filmmaker used the Irazú volcano as the representation of an active one located in Congo. And since this volcano isn`t active it was a good way to film close to one without any risk.

El Dorado (The city of gold) 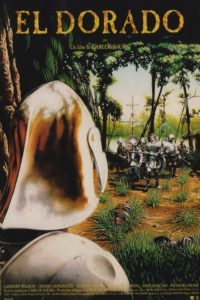 This Spanish film of 1988 about the legend of a city in America full of gold mines and riches, and where conquers try to find among the lush vegetation and wild animals.

Until that year, the Carlos Saura´s film had the biggest budget ever of any Spanish movie, is also a huge opportunity for local technicians to obtain knowledge about the industry.

Filmed between Mexico, Costa Rica and other locations, this movie tells a science fiction history about aliens founded in a spaceship that crashed in the north of Mexico.

During the movie a journalist also says that he´s coming from San José (Costa Rica) to the USA and the Calderon Guardia Hospital appears in the screen.

And still more to come

The possibilities of Costa Rica as a hot spot for the international film industry are endless. This country is always on the radar of the film industry because it offers many advantages to filmmakers and professional crews. With amazing landscapes and the possibility to work with a low budget makes it the ideal place.

Even the local film industry is developing relatively fast, all those experiences with international films have been a way to reach a level which allows much improvement of the quality of the Costa Rican productions, for example the Netflix series “Los Presos”.

As people say “the sky is the limit” from now on this will be the aspirations for the local film industry.

Neither Age nor the Evolution of Society Stops Amanda Moncada