Costa Rica is one of the most famous countries in the world, for its variety of animal species, very characteristic of the Caribbean and the northern Tropics. On this particular occasion we will highlight the most spectacular species of this beautiful Central American paradise, among which we can appreciate from tender and delicate species to ferocious and dangerous specimens, below a list of the immersed variety of these beautiful animals that you can find in this natural haven:

It is nothing more than a beautiful species of characteristic yellowish-green plumage, red on the forehead and central feathers and blue-green on the wings and tail, its beak is black. It feeds on fruits of several trees, mainly of the Almendrón de Montaña, where it also nests. In the Caribbean, it is found in the Northern Zone in the forest canopy, and now as a curious fact, there is a reintroduction program in the Southern part of the country.

It is the largest sea turtle. With almost 2.5 meters long and a weight of 750 kilograms, it is of dark bluish gray coloration and pink or white spots. It is also covered with leather with 7 longitudinal keels. It spawns throughout the Caribbean coast, especially Tortuguero and Gandoca, specifically between March and May.

It is one of the most representative and emblematic reptiles of Central America, it can measure up to 60 cm. without the tail. It inhabits humid tropical forests up to a height of 500 meters, is oviparous and very territorial. In the South Caribbean, there are breeding projects underway.

With a short snout, grayish hair, 3 fingers on its front legs, and it is of diurnal habits.

Brown in color, with an elongated snout, 2 fingers on its front legs, and it is of nocturnal habits.

It is well known as a red-eyed frog. Standing out its big and bright eyes with a red color iris, the vertical pupil and the internal reticulated eyelid, in its body, it presents many colors, green lemon, blue, purple, yellow, orange, and red. It measures 5 centimeters (the male) and 7.6 centimeters (the female). It has nocturnal, arboreal, and carnivorous habits.

Also called white-faced monkey, it is small and can weigh up to 3.5 kilograms. Having black body and white face, as well as chest and shoulders, it lives in herds of up to 40 individuals and feeds on fruits, flowers, seeds, insects, worms, reptiles, and amphibians.

It is the most striking and colorful of the 4 species of toucan, due to the colors of its beak, it measures about 50 centimeters. The plumage is black with white and yellow, and it emits a characteristic sound. The other toucans are the Swainson’s, the Collarejo or Aracari, and the Green Tucancillo.

The Northern Tapir is the largest of the country’s wild mammals, which reaches up to 220 centimeters long, 1 meter in height, and a weight of more than 300 kilograms. They are relatively abundant, especially in the “Braulio Carrillo” National Park.

It is also known as the “Colorado” monkey. It can reach more than 1.3 meters, including the tail, and its weight is between 6 and 9 kilograms. It has very long arms, legs, and tails. There are 2 varieties; one black and one brown. It feeds on leaves and fruits.

It is of the family of the poisonous Tobobas. There are 13 species. Among them, zoologists emphasize the Matabuey (Lachesis stenophrys), the Velvet (Bothrops asper), the Lora (Bothriechis lateralis), and the Oropel, whose poison produces destruction of weaves and problems with blood-clotting.

It belongs to the family of the Dendrobates, measuring about 2 centimeters. It is characterized by its red color on the back, belly, and part of its extremities. They can also be bluish, such as the Royazulita. They have glands in the skin that release poisonous substances.

There are several species in Costa Rica. A very common one is the Northern Raccoon; silvery gray, darker in the center of the back, with long-ringed tail, pointed nose, black spot on the cheeks, and eyes like a mask. It is nocturnal and in its diet are crabs and fruits.

Also known as Margay or “Tigrillo”, this small member of the feline leopard family has a body with colors ranging between brown and gray with open black spots. The snout is short, its large eyes and tail are very long. It is nocturnal and feeds on birds, monkeys, lizards, and rodents.

They are the most abundant mammals, with 116 species. Most of them have nocturnal, arboreal and fruit-based customs, such as the Fruit Bat or the Salvin’s Bat. There are 3 species of vampire bats; the Common Vampire, the “Patas Velludas”, and the White Wings. One of the most unique and easy-to-see species is the Fisher Bat, which feeds on fish and is one of the largest species.

The coati of the raccoon family inhabits the entire country. It has a reddish brown body, measures 110-120 centimeters, weighs about 6 kilograms, and is of diurnal habits and feeds alternatively on fruits and meat. It is an important seed disseminator.

Well, the invitation is cast. The decision is up to you to know and enjoy this unbeatable natural paradise. 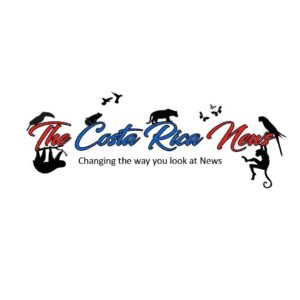